A Larger Scale was a side-project of mine, so any spare time I had i put into it. Due to unfortunate events however the games files are gone. Which means that if I still want to make this, I have to redo everything (Quite the task for 1 man ). But I did say I’d make a game so here we are again, struggling making “A Larger Scale” once more, but this time with a different mentallity. Honestly a better one.

With that out of the way I’m restarting the development of a mostly WG game with stuff like inflation. I have a basic Idea of an story that i don’t really wanna spoil atm. But the aim is to make Tuva, a girl you’ve met fatter (so original).

), so the images are still up (I will have to redo them tho). And as always, if you are an artist feel free to message me and i’d love to get to work with one of you.

This game is still like many other games not confirmed to ever become 100% finished so keep that in mind. 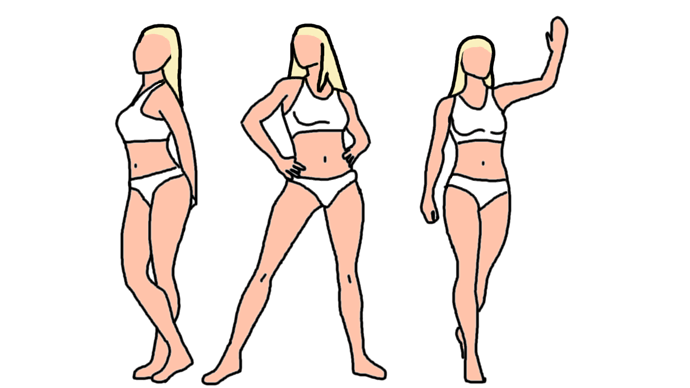 Yeah I’ll describe it more thoroughly when I have a better understanding myself lol, you are correct though!

Titles? I can do titles. I’ll aim for more vague titles, as there isnt exactly a plethora of information to pull from atm.

A growing burden, Weighing on my mind, A light at the end of this Funnel, Worth the Weight, The Potential for Growth, A Larger Scale, Taking the Rotund Route, Crossing that Gorge, A Straining Fate, Waddle a Mile in Their Shoes, Because what you Dish for, Too Much to Stomache.

More info would defo make it easier to cater for a more accurate title.

Pretty solid titles! I’ts my bad that I didn’t think about the lack of information about the story yet though. Hopefully more info soon to come!

No problem my good man, that was more a statement than an acuusation of anything. Hope your project proceeds well.

I really like the name A Larger Scale so I’ll probably stick to that for a while, thank you @SquireAngel!

Also quick check in from me. I’ve started building on the story aswell as making new scenes and events. By the end of the month there will hopefully be a very early access demo to play (It will be F2P). No promises though on the release!

Another game inspired by mine… i should be on commission

What can I say? Your game is the best of the best!

Definitely interested in more games being made in general

I’ts my bad that I didn’t think about the lack of information about the story yet though. Hopefully more info soon to come!

i got lots lol

Oooh you have a “hard and heavy trail” to follow
I mean tiggertoo is one of the best gamemakers on here.

Maybe you could cocreate this game with An artist on/from deviantart. (I dont know if some of Them would do it for free though)

But keep IT up

Perhaps I should start selling t-shirts

Renp’y isn’t used to create images. It’s simply a game engine that you can add images to. In my case, I use Daz studio, which is what takes so much time. An image in Daz can take several hours to render, depending on the complexity of the scene.

What he said points up

Luckily im not a programmer.