I recently created my account for the site, and over the course of the last week I’ve gotten a few badges without really thinking much about them. When I earned a badge for liking my first post today, I noticed that there was a category for all of the badges on the site that can be acquired. Being the type of person who always likes to do things to completion, this immediately grabbed my attention. While I was looking through the various different badges, the thing that jumped out at me the most was the number showing how many people had gotten each badge. There were plenty that made sense, like the “Basic” badge having nearly 6,000 members, but some of the more obscure badges had some tiny numbers, with a couple having never been acquired by anyone. For example, the badge for inviting someone to the site has only been gotten by a single person, and all of the tiers above it have never been acquired before. Only a single person has the “beta release” badge. Many of the badges that no one has gotten before make sense due to the difficulty, like the one that unlocks after receiving 5 likes on 300 different posts. There was one outlier, though, being that not a single person has ever replied to a post via email (lol).

I’d like to try to acquire as many badges as I reasonably can, but obviously some of them present quite a challenge. Winning a game jam (or even just guessing the theme) is a monumental task already, but there are also badges for getting 2nd and 3rd. Climbing up to a trust level of leader is an incredible feat, getting tons of likes on posts and replies wouldn’t be easy for all the various badges related to that, and visiting the site on 365 consecutive days demands dedication and patience. All this without even mentioning all of the badges related to releasing games, among many others that aren’t easy to obtain as well. (Also the “Beta Tester” badge is probably just impossible to get at this point)

There was one specific badge, though, that seemed to be the most urgent. “New User of the Month” is a badge that can seemingly only be acquired when one is new to the site, and then never again. This badge is my current top priority, and I wanted to try to figure out what the exact rules of it were. Can the badge only be earned in the month a user joins? Is there a grace period of a month or two where someone has the opportunity to earn it? I joined in very late April, so have I already lost my chance of earning the badge due to the timeframe in which I made my account? Receiving answers to these questions would really help me in my efforts of trying to earn the New User of the Month badge.

I know the badges on this site probably weren’t really made with the intention of having someone collect them all, but I still think it would be fun to try to collect as many as possible.

You don’t need to “complete” everything you see. It’s okay. The trophies/cheevos/badges don’t mean anything.

If you really want to hunt for badges, then go ahead. However, these badges or achievements are very optional, and some can be achieved through normal means at a normal pace, even if you’re doing absolutely nothing but lurk all the time.

However, you’ll have to contribute to the community if you want to have other ambitious badges like getting more likes/quotes, winning a competition, and so on. I’d say that it’s not recommended to get as many badges that’s actually possible (Since you’ll have to do every effort you can to get the achievement you want), but I won’t stop you if you want to try it out anyways

So someone is finally seeking the infinity badges then…

Nah I’m joking, some of these badges require several things or situations to obtain them. Going for something like won’t be easy since some require placing in a Gain Jam or having enough likes on posts. Heck I’m not sure if one can lose badges, if you want go ahead but don’t go crazy trying to get them since this is a chill site.

Good luck, and now I know that achievements will be appreciated in games we make here

My advice, make a team because from my perspective you’ll have to win a jam and be a leader, a king isn’t a king without his kingdom, same with leaders and factions like a gain jam team

I gave you a like and a reply to help you along on your journey. I wish you success, in part because you’ll need to generate a lot of good engagement, and that’s always a good thing. Useful links, for instance, get badges based on clicks.

Just wanted to say thanks to everyone for all the responses. If enough people are actually interested, I might take the advice of @cerberus and form some kind of group for badge hunting. Like I said, this is something I just wanted to do for fun, but it could definitely become a project that’s engaging for the community as well.

Regardless of that, though, the first step is to start earning some badges. I’m currently trying to get the most blatantly easy of all the rare badges, being the “First Reply by Email” badge. At least, I thought it would be easy. I’ve tried a few different things already, like sending direct messages through replying and replying to notification emails sent by the site (enabled via settings), but I have yet to actually figure it out. If anyone wants to try to contribute ideas or help figure out how to earn this badge, I would greatly appreciate it.

I’m just envisioning @Jupiter as Russell from “Up,” with all those medals pinned to his sash. Good on ya! Go get 'em all!

Soon, this will be you… 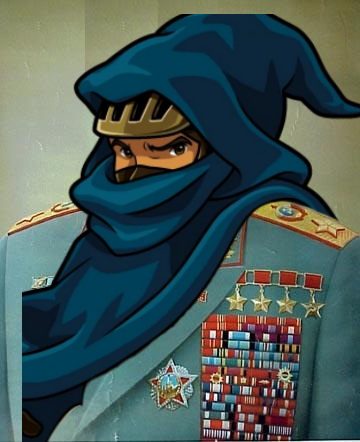