Hey fellow fatty lovers, I’ve been working on a weight-gain/vore text adventure for a while now and figured it would be best to post it here, up until now I’ve only really been posting on Eka’s Portal.

SYNOPSIS:
You are Blueberry the Slime, a carefree young blob who’s spent her whole life living in the Slime Colony under Myto City.
You spend your days lounging around and eating whatever you can fit in your mouth, while trying to avoid being eaten by larger Slimes.
Today however, you were awoken and told that you have a special task ahead of you, it’s time to go and be the best Slime you can be! 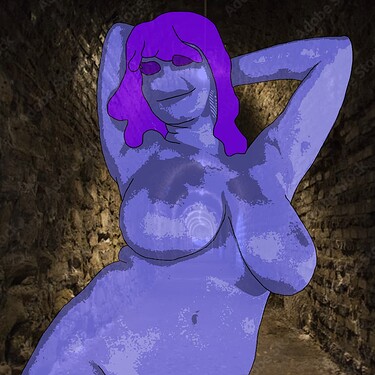 INSTRUCTIONS:
Blueberry can eat anything smaller than she is to grow larger, one fifth of the weight she eats will be converted directly into mass.
Blueberry’s minimum size is 30kgs, she won’t grow any smaller no matter what you do.
Her maximum size is 1000kgs.
Trying to eat creatures larger than you might be dangerous, use the Look function to check if they’re hungry or not.
There are a few secrets hidden here and there so look out for them.

If you encounter any dead-end that mentions “Chainsaws” it means that I haven’t written anything for this area yet and it will be added in a future update.

Reminds me of an old game called “Fishy” except it’s a text adventure, so that’s interesting.

Welcome to the forum! I found this first on Eka’s and thought it lovely, so glad you decided to share here as well.

Reminds me of an old game called “Fishy” except it’s a text adventure, so that’s interesting.

I think I remember that one, it was one of those “start as a small fish and grow into a big fish” games, right? I had no idea what vore was back when I played those but I knew I loved eating things!

Welcome to the forum! I found this first on Eka’s and thought it lovely, so glad you decided to share here as well.

Thanks for the welcome, I don’t think I’ve had someone call my work “lovely” before, but I’m glad you liked it.

Well this update took a while…

Work has begun on the Mutant Kingdom, for now only the smallest mutants can be interacted with, messages will appear telling you that the other mutants are there but you can’t do anything with them yet.

Maybel’s Farm has been added, this is a side area that will come into play much later (as in, it will be related to the secret ending)
I wrote it now becasue I had a ton of good ideas and didn’t want to forget them

Talk options have been redone, talking to NPC’s now presents you with some options to choose, picking to talk about Yourself with have them comment on your size like they used to.

Blueberry Portraits! Checking your body will now also show an image of Blueberry, there are 12 images to see in all so check often!

The next couple of updates will focus on filling out the Mutant roster a little more, but I want to get the next Hungry Quest update out first.

Advice for Maybel’s Farm
Just in case you can’t figure out how to access everything here.

Once on Maybel’s farm, she’ll ask you to work for her. The easiest way to do all her chores is to lose all your mass at her compost heap to the NE and then just mash the work option until you get a new Title. Maybel will now let you into her barn to the NW, be sure to check her shop to the north and grab the developer item I left inside. You can now deal with what’s in the barn and after that, Maybel’s fuck/eat options will become available.

Have fun! and please report any bugs you find, I think I got them all but you never know

Update time again, a smaller one this time because I was busy trying to finish Hungry Quest 3

The medium sized Mutants have been added to the mutant kingdom.
Strawberry and Dr. Fine have new portraits
I actually added this last time, but Safety Jars can be found at Dr. Fine’s lab, using them will disable game-overs and cause Blueberry to respawn instead

Not much else (that I can remember), the next update will be another small one but things should get more interesting after that!

Now that I’m done with hungry Quest, I might be able to get this content out a little quicker
For this update, the Mutants are now all in the Kingdom and the path to Queen Adapo is ready, there’s a teaser for the queen herself but she won’t really be in the game until the next update

I’ve also redone some of the character portraits thanks to a couple of extra techniques I picked up
Nobody’s done so yet, but if you want to submit a portrait to go with a character suggestion, the new size is 1000 x 1000 px, I want the extra detail but I don’t want the file size to end up ludicrous
I’ll probably redo Bluberry’s art in the next update 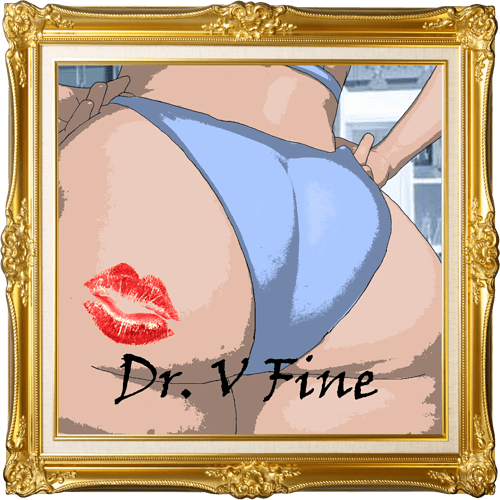