Glad to see a bunch of excitement here. Less than 12 hours to go! 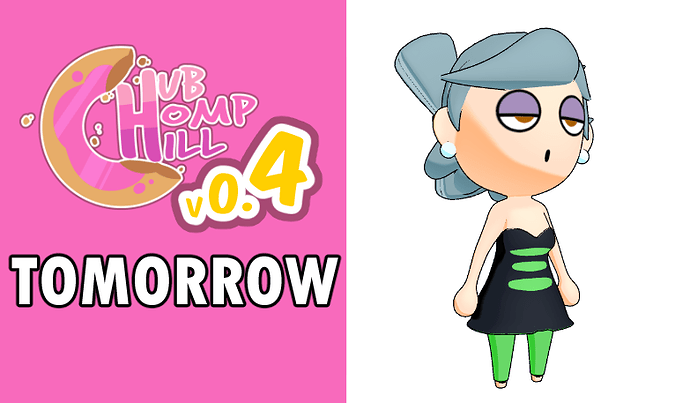 But they stop burping at a certain size ?

10 minutes away so exciting

Chub Chomp Chill 0.4 is now up and ready to download! A lot of work went into it. I really hope you enjoy it! And please remember to start with a fresh new save file! 0.3 Characters will not load properly!

Your own compact chubby companion!

One room theme I’d really like is an SA1 Station Square chao room or SA2 style indoor chao room theme. That would be amazing

Made it to the warehouse in a couple hours while doing some work thanks to the giga power of jill sandwich. All the new options are great! My future arthritis is cured, and the offset options seem to work pretty well not to mention all the new character options and closet.

Still gonna do a more proper try for actual feedback, only thing I noticed is the camera seems to get stuck pretty far away from the character after moving to the warehouse in case that’s not intended. I did kind of like being able to get up to their face, clippy as it was.

I really appreciate the new quality of life features this new version added.

It all feels really nice

My clicking finger would like to thank you for adding the max button.

Oh, uhh…
If that’s intended, I may or may not be to blame for that…

Sometime ago I said

[…] That would solve the problem of entering the apartment inside them, too. Or, in that case, it could be done so that you can’t zoom inside them […]

but didn’t realize that a “spherical” orbit path would cause what you described.

I don’t know if my comment had that much influence, but an elliptical orbit would probably aid with that, without removing the feature. Or not. It could create new problems on it’s own. I might aswell just shut up for now, lol. I’m not a game biologist

Just a little tip for everyone here. These offsets should provide no clipping through to immobility: 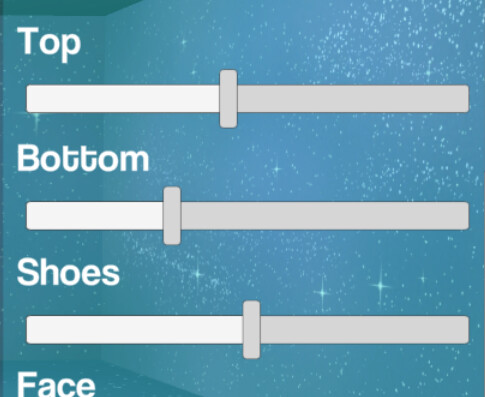 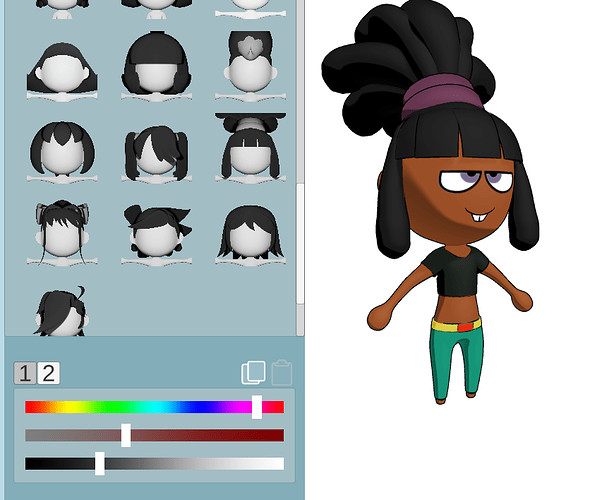 Edit: the transparancy on many of the facial features are a bit odd, lots of white outlines: 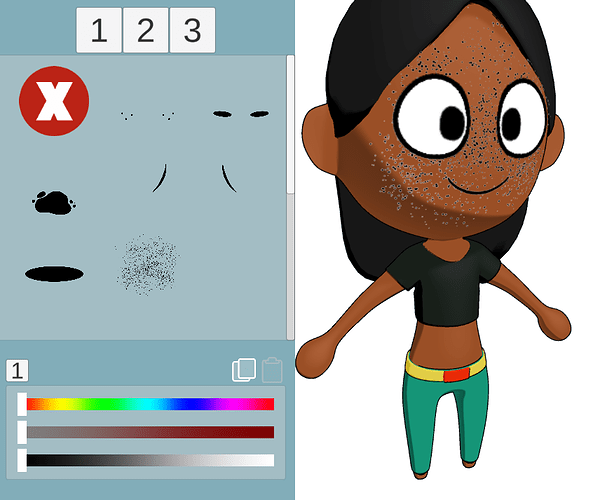 Edit2: I think the level up counters are a bit glitchy, sometimes they won’t give you the right numbers until you leave the appartment and then come back in again.

I don’t know if it’s something I did but when the character walks it looks like they have aliens crawling under their skin.

Do characters finally diggest their food even if you are in apartament of someone else? Or do you still need to be “Playing” with character if you want him/her to diggest food?

Thanks for letting me know.

I don’t know if it’s something I did but when the character walks it looks like they have aliens crawling under their skin.

I think a good handfull of people are getting a bug of there being WAY to much jiggle. I’ll look into why it’s happening.

Do characters finally diggest their food even if you are in apartament of someone else? Or do you still need to be “Playing” with character if you want him/her to diggest food?

Yes, they digest when you’re visiting other characters.

So here’s an esoteric one, the adjustments made to clothing (to make them not clip) does not apply when you are inside of Dr. Bannana head’s clinic.

Edit scratch that, the adjustments did apply, but to entirely the wrong person! 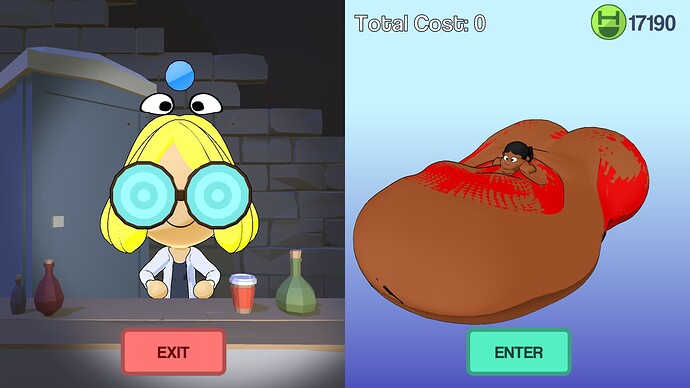 Curious about one thing though. Why are the save files encrypted? Is there plans for something in the future with this?

Love the new version so far, but i noticed this as well.

Why are the save, and so many other, files now encrypted? 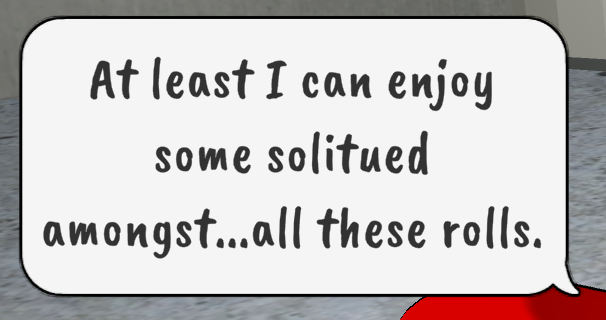 Solitued, isn’t that the name of a Pokemon? Anyway, misspelling of the word “Solitude”, though phontetically correct.