I’ve been wanting to create a visual novel were you are meeting my chonky circus cat boy blaze and you’re his bf Iron Cowfist! You both are getting ready for a nice day out entertaining the public and exploring this gorgeous garden of mystical trees and giant mushrooms of different kinds. y’all also go to the different restraints in the area. as the night continues he slowly but noticeably gets fatter and fatter and does not notice at all! but by the end of the visual novel and the night when he finally realizes he gives a reaction that surprises you and takes you to bed with him.

What do y’all think? I would love to hear yall’s feed back! 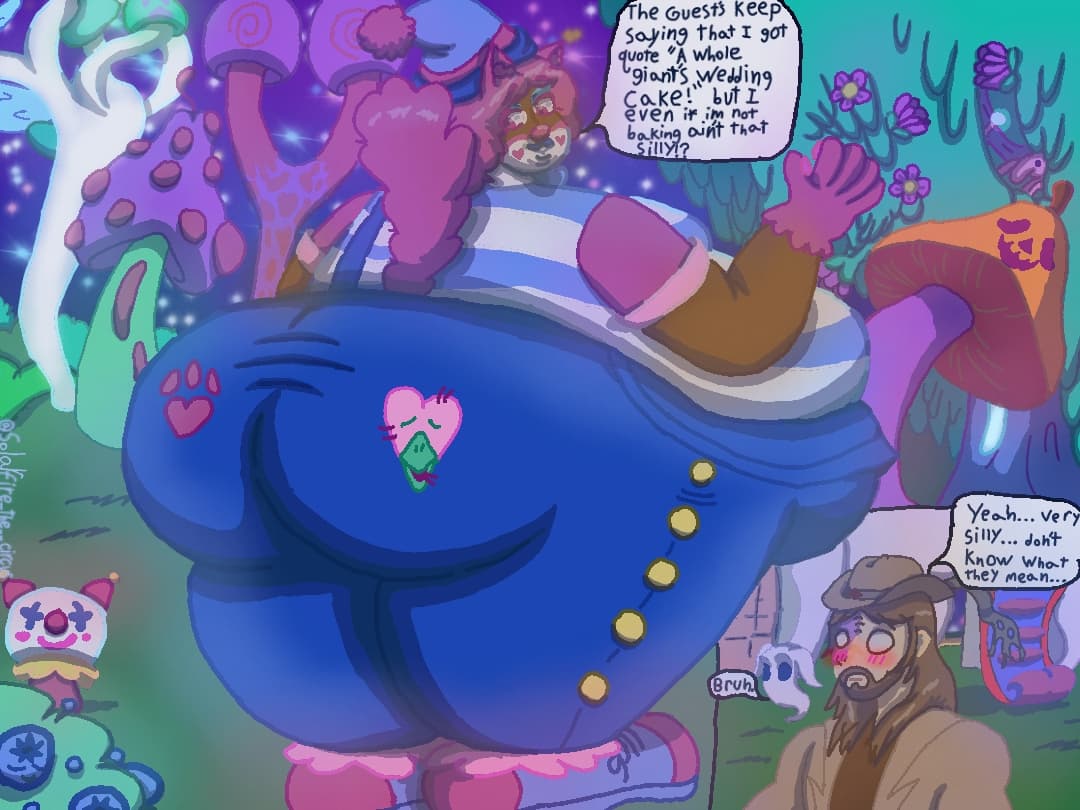 I intend for it to be a fun little adventure fantasy game where you explore the world they’re in and get to have fun with a big, soft, chubby and plushie circus cat along the way!

It’s a good theme for a story but what about the main character also being able to get fatter?

I also thought of you being able to choose to play as Blaze instead to!

I thought so to! Im glad you agree

thought I should also show what Blaze looks like from the front! 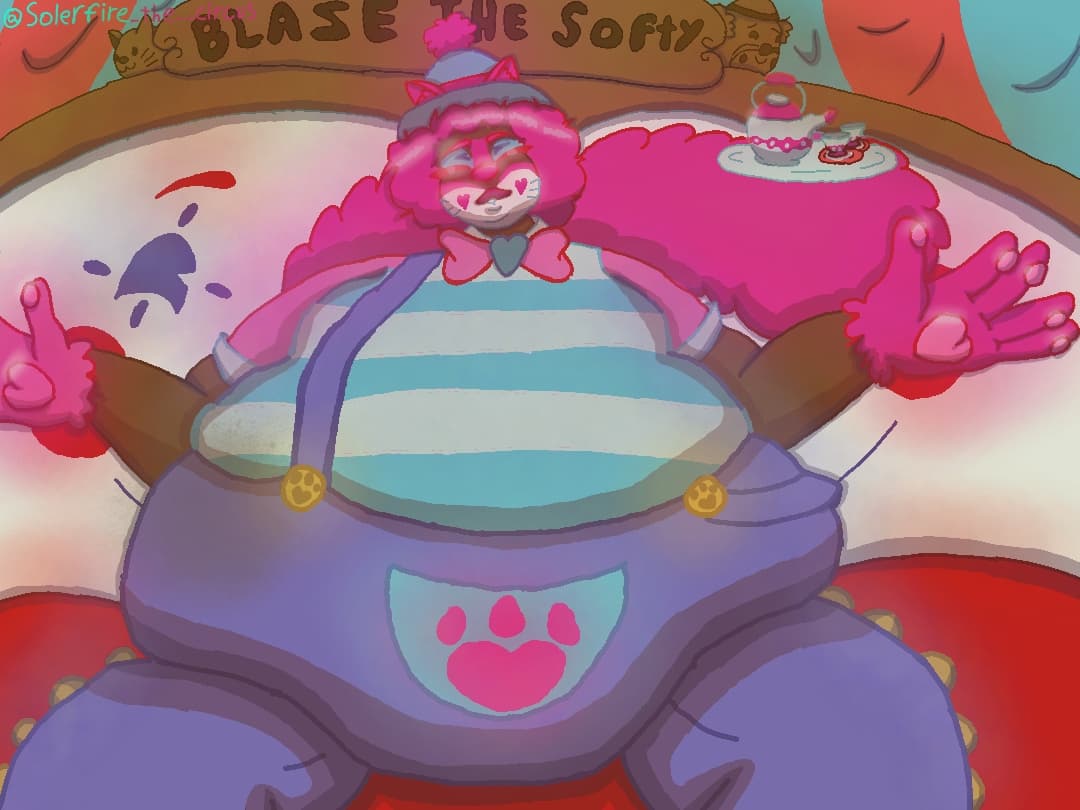 So he’s the mascot the place as well? I hope there’s cute treats and decorations that look like him too

That sounds exciting too though, and main characters do have their pairs or even groups.

Please let me know when this is finished, I would love to play this

Of course I’ll be also posting some other game concepts I got and what I will be doing with this one!

Thank you so much I’m so happy you like it!!