Also in editing all of these links are broken now. They are just text rather than hyperlinks just fyi.

Thank you. I will fix this when I get home tonight. I wonder if the shared link expires on Google Drive.

hank you. I will fix this when I get home tonight. I wonder if the shared link expires on Google Drive.

Ahh sorry, Google Drive has a quota. It says: “Download quota is exceeded”. Kinda missleading I thought that there is a fixed number of allowed downloads but rather if a lot of users download it over a short period, Google may lock the file from further downloads for 24 hours to prevent abuse.

Still an alternative such as Mega or ZippyShare (expire though) would be nice.

I just experienced “The Freeze” as it were again in 8.0. In the same spot. Happened first two times. I got past it with creating and then loading a save right before the first choice.

I have no idea how this is happening this time. The last time was due to there being an accidental additional component built in that was locking it up at that point, but I’ve play tested it 20 times in a row with zero issues so I’m genuinely confused how this is continuing to occur.

This probably wasn’t my favorite of all the storylines, as the Kalev bar thing felt a little too strong/overwhelming for my general tastes. But I absolutely loved the minor characters in this one, and the way you told the story with Rebecca and Elizabeth was riveting. I really enjoyed Rebecca’s views on the relationship and gaining, which were the highlights of this piece to me (along with Erin!). Well worth the play as always!

Appreciate it! I was defintely going for a Totally Spies Passion Patties kind of vibe with this one (at least thats how I asked Polarisdreamer to write it). Not quite the same “realism” level of the previous updates. Next month should be a more realistic type of storyline.

That makes complete sense! I think it would have helped me if there was some kind of inkling of them being doctored that way (I think the most we had was the labels being in a foreign language). That said, in general I just kind of prefer the realism ones so this probably just wasn’t quite as much in my wheelhouse. But it was still very enjoyable and I’m looking forward to more!

They are actually just chocolate bars. Not protein bars lol

I didn’t notice that but thought it sounded like Kalteen bars from mean girls. I am hoping the grounded plot has to do with you knowing they are just chocolate bars and telling a character they are diet bars. I don’t think that has been done in game yet. 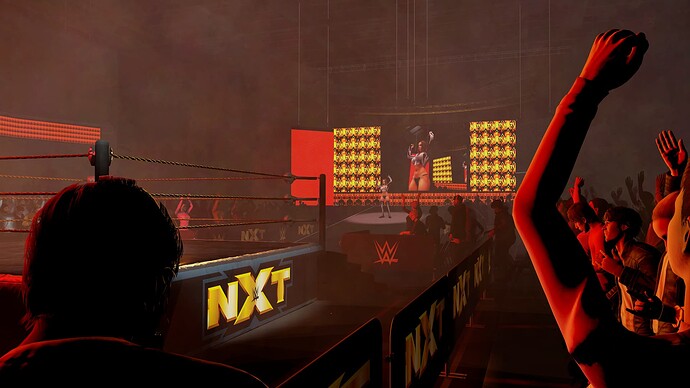 So random question: do people actually like the music for the game? Besides the main intro music, everything else is AI generated music - so not sure if people noticed/cared/enjoyed/disliked it.

I don’t mind the music you use for the game. I think it fits.

The music has always felt like it fits to me. If people don’t like music they can always just turn it off, but for me I enjoy the music selections that have been in there and like keeping it on.

For those of you who either only played Demo 0.1.0 or haven’t tried out the game at all, I’ve updated the Demo version all the way up to Version 0.7.1!

I don’t ever really anticipate providing demo updates, but there have been quite a few changes in the previous months. Figured the more recent version would give a better understanding of the direction I’m taking D.I.E.T.

The current version out is 0.8.0 with version 0.9.0 scheduled to release sometime in December.

Oh, and FYI - I’ve updated my Patreon billing to be based on your join date. It’s no longer based on the first of the month, so if/when you decide to join me on Patreon for the most recent content, you will always have at least 1 month of content

If I get to leave all the sound settings on, and the game simply has no music, then I don’t have that worry.

In tyranno though I have no idea if this issue exists, and I don’t really mind the music in this game, but I don’t think it really improves the game.

Would we be able to have the demo download on mediafire or mega? Apparently Dropbox won’t let me because of a quota or something