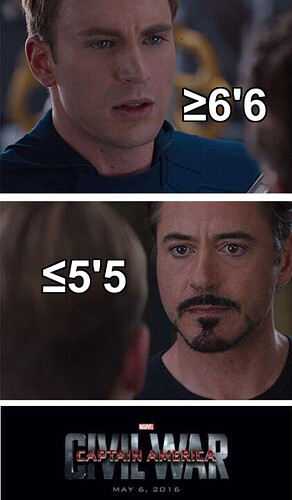 @Fresh_Mint I don’t really understand what you mean.

@fredchu Great meme, i really didn’t expect it to be so split. 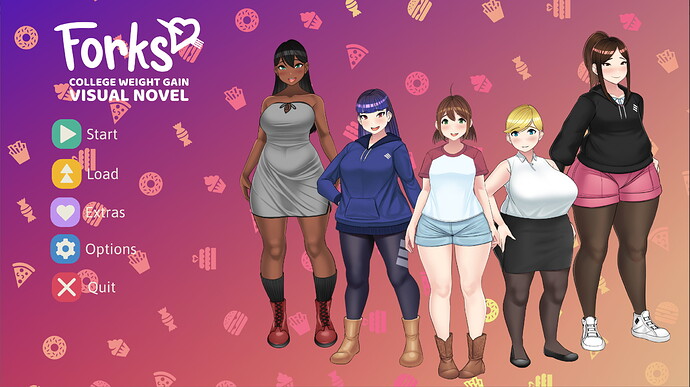 I believe they are referring to the “character” selection off the main menu of forks that displayed the 2d sprites of the different girls. It had a weight slider that included the different sizes and you could toggle the different outfits sprites each girl had while also listing the current weight for that stage.

Fork’s had a lot of stuff coded in python as upgrades to ren’py. That weren’t like base ren’py features and no other ren’py games have.

Then again, I think the devs of forks said taking a peek at that code was acceptable? So it might be okay to steal that upgrade. I can’t find the exact post in the forks thread about it. Maybe someone should locate it?

6’6 is the only real answer for enlightenment

All future plans are on Patreon

I’ll take a look at it, I’m not particularly familiar with RenPy but Python is one of my strong suits.

True, also a tall character would stand out far more and be unique(Top girl material)

@Fresh_Mint @Krodmandoon @namad @SkyNotMine
Having this feature in the game would be pretty cool, if the Forks dev would be fine with it i could steal the code and put it in Fattening Career, otherwise i will code a similar thing but it will probably take a few updates until i get it in the game.

The forks dev had posted on their WG forum thread that they have abandoned the project.

Before doing so, there is mention in the thread that they released their project. So it’s likely the code is out there, and that it would be acceptable to use it.

I checked the wording, and specifically they said, it was available to be used to continue the forks project. No one asked about using it for other purposes specifically. Although it is implied it would be okay, and I went back to their thread yesterday to try to ask specifically.

1: Dang, i was really hoping the new public demo would be out by today – it’s the only day i’ll have completely to myself in the forseeable future.

2: Why did this turn into a Forks topic?

Because of the mechanics, you can notice the difference in each stage of weight gain

when can we expect new version for free?

You asked seventeen days ago and @Bladerune9 told you then that 0.5 would be available in February.

@Filipex Hey, while I’m happy to see you enjoy the game and probably can’t wait to play the next version.
I would like to ask you and anyone else to please be patient and stop asking when the free version is coming.
I always stick to roughly a month after i release it on Patreon.

sorry for being impatient, i’m just really excited about this game😅