After enjoying countless of games made by members on this board, i decided to start making one myself.

The game is set in a simple and quiet town, your father owns a big company in this town and wants his 21 year old son to be just as successful as he is.
Problem is, his son is quite a lazy guy who has no ambitions to achieve anything relevant or interesting.
Only thing he is interested in are games and girls(big girls).
The father didn’t give up, he hired people to stimulate and jump-start his sons career.

You play as the son, who has a normal and boring life.
This will be his first year of attending a nutritional studies course in university.
There will be skills to be gained, money to be made and choices to make.
How will live your life?

The early alpha mostly focuses on the teacher and her teachings
it includes:

*dont know how to implement this atm

Planned updates for the final game will include: 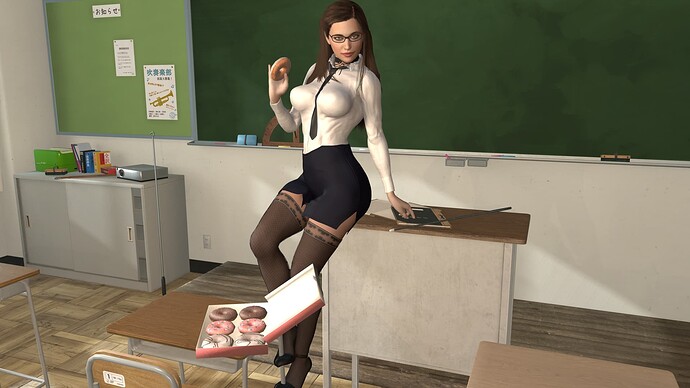 For anyone interested in my work, i make the 3d rendered pictures with Virt-a-Mate. and i post my work on here: https://www.deviantart.com/bladerune9

Welcome @Bladerune9. I just saw your DeviantArt a few days ago.

It’s definitely a unique setting and idea for a game. I’m interested to see how it all plays out. Good luck with your project and again welcome to the forums.

This sounds interesting. Best of luck.

Sounds like a promising concept and I look forward to trying it out on release and if it’s anything like the pics you’ve posted on your DA, I know it’ll be great

Don’t think I’ve ever seen “start your own religion” as a promised feature for a fetish game, (well… maybe aside from Worshippers of the Gain). Really excited to see where that leads!

3D models like this aren’t really my cup of tea, but the concept itself is good enough, so…

yo this sounds awesome

Thanks all for the support.
Right now i’m mostly creating dialogue and checking spelling.
The programming work is pretty much done and written in a way that i can scale content quite easily.
Images are pretty much done, i scaled them down to 1280x720 so that the game wont be GigaBytes in size, its about 500MB right now.
For the early alpha the UI and transitions will be rough and unpolished.
Choices will be limited at start because they unlock as you go.

The early alpha release will be free to play for everyone, i will post a mega link.
later releases might be different but we aren’t there yet.

Really looking forward to it! Looks like this is going to be a great journey!

Ooh, this sounds like it will be fun. Especially love anything wg with teachers

Here is the first early alpha release.
I accept every suggestion, bug report and criticism.

What is there to do as of now?

You can fatten up the teacher for 8 stages, witness some events and get to meet some of the characters that will be available. But this release is quite bare, so I understand if you would wait it out. 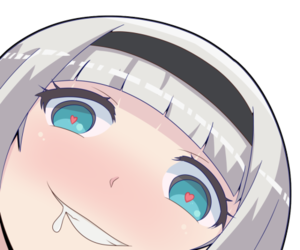 if you’re worried about filesize converting png to webp saves a lot of filesize, a lot a lot, then again maybe you already did this (most/many) daz VNs use this trick for ren’py

Yeah, i already converted all pictures to safe space.
it took the file size down about 42%!
Right now all images are 720p to also safe some space, but in the future i could release with 1080p if people want it and file size isn’t a concern.

Somehow the skip only previously read text default option is broken, and it seems to be broken in the oddest of fashions, it’s almost as if the game decides upon starting to play that every passage in the game has been read and records a note of such?

It’s not the end of the world but this was a feature of ren’py I wasn’t even aware it was possible to break.

I wonder if this is because i tested the game once more on this version i released here and it saved some stuff. Will have to look into that.