Could you tell me how to recruit all the characters here?

i have an issue… for some reason after a few hours of gameplay and reaching a specific level… the character models just disappear, its just the main character walking around the map. Idk if anyone else is facing this bug but I just wanted to address this issue

I think you might be the first.
I suspect that you must have found someplace where I turned off followers, and forgot to turn them back on… Do you know where you were when this happened?

I had the issue with followers disappearing after coming to the beach in phase 2. If you exit right away, then they appear after rest iirc, but they can reappear if you visit upper part of the beach with runaway cowgirl.

something similar happened to me

Was it also at the beach?
I’ve added some additional triggers to make the party visible, but ideally I’d just correct the errant event causing this 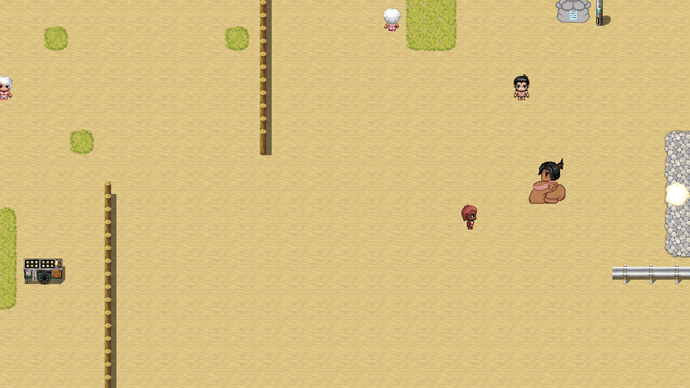 Don’t know whether someone reported it or not, but after interacting with bus stop and choosing not to go anywhere the screen remained black, but choosing to go to the bus stop i was at that moment solved the issue.