hey you! yes you on your chair or on air, yes you right there, right here. noticed how most rpg’s here are in rpg maker and are limited by graphics? well if you like graphics, maybe leave, IF YOU WANT UNLIMITED SIZE AND EASY TO GRASP AND READ STORY THEN YOU CAME TO THE RIGHT w.i.p game… look as of the 10/8/2021 this game is in the baby stages, you cant even go into the kitchen yet. but dont worry i shall work further on it (if this flops like my other projects i will draw a piece of fat/inflation art for the first 10 people to comment)# 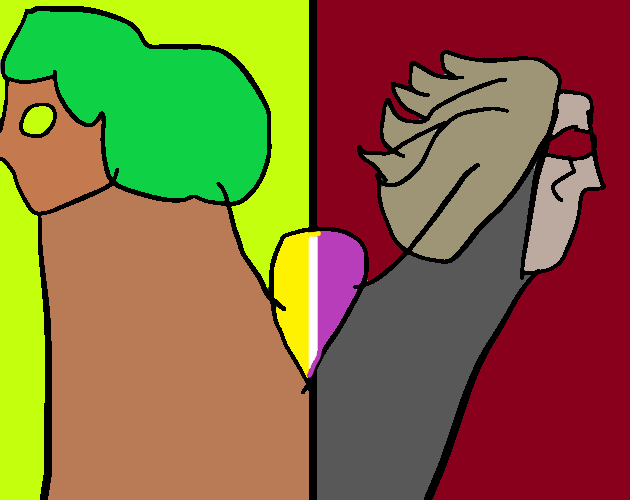 plans
a class tree containing 16 (because 124 is greater than the number of brain cells i have) classes in each tree, although i might add secret classes in further updates
expanding the quest system
add more character customisation
add shops
add ways to get to classes (hint, to get the olive mage you need to be a cloaked one and be over 250lbs, then you might find a new read)

btw this is it so far 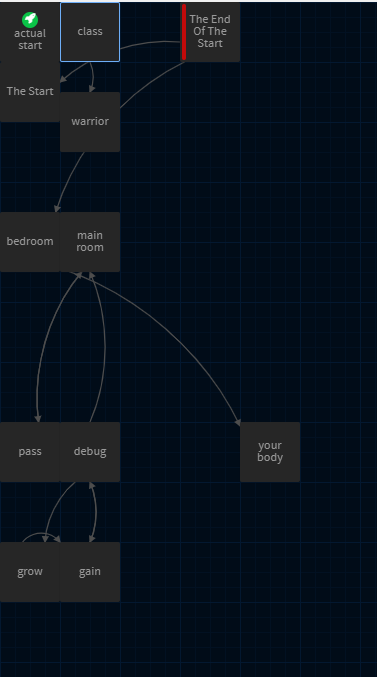 Well, I’m excited to see where this goes. Good luck with the project.

I’d have been more happy if you had a functioning prototype before posting this, but I’m still interested to see if this goes anywhere.

If anything comes from this, it will be quite the achievement. That said, I do very much wish to see that happen.

Looking forward to this one. Bookmarking this thread ASAP

I didn’t have a drawing of Tolstoy from the artist, I hope it will appear someday.
however, I fully believe that your project will be good, and even such a proposal will not make me want something bad for your project.
good luck and all the best to you and your project.

Good luck! Always good to see more! Especially something that goes above and beyond!

thanks, il try getting a prototype out by monday

IT IS OUT BOIS, although this is a very early version

Looks good so far (Aside from the dead end passages, though that is understandable at such an early stage). Though I noticed there is a bug during the slime quest where attacking raises the Slime’s HP. That and the formatting feels a bit off, but that’s just a tiny nitpick.

I do like the fact that you’ve put so many choices into a Twine Game like such as class and race.

Can’t wait to see where this project goes. If you need any Twine assistance or an editor, feel free to ask.

EDIT: Changed classes to Warrior from Mage to see if it was just a bug caused by damage stats. it would appear that was the case. However, I also noticed that, depending on the hp of the slime, there’s a chance that the game will glitch upon beating the slime and make it so you can’t progress.

EDIT of EDIT: Managed to recreate the glitch in question: 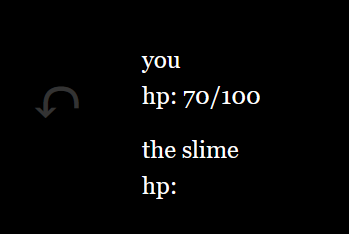 EDIT of EDIT of EDIT: So I’ve got a guess as to what is causing the glitch. Is it possible that you’ve set the slime’s HP to only show above 1, while the victory text is set to appear below 1? If that is the case, I suggest setting the HP to be displayed above 0 rather than 1 (or shown at greater than or equal to 1, but idk how to do that).

EDIT: Another bug I found is that no matter how many slimes I kill, the number doesn’t seem to go up here

What do you do after entering your name?

The option to continue isn’t obvious, without a way to scroll I thought there wasn’t anything more to it.

I got stuck in a fight endlessly trying to kill a slime with the mage class, doing no damage, and it killed me but I never died, I had negative HP.

thanks, i am working on the seccond bug

im getting the update out early now