I try to keep this post up2date so somebody new does not have to read all of the posts in order to understand what’s going on.

Make sure to check out Patreon. Patrons can download the newest versions, which includes more weight gain stages and loads of new story parts. All the ones subscribed to Patreon make this game possible because all the money raised on Patreon goes directly back into the game or covers previous costs I had for the game. The downloads for the previous free-versions, which are public, can be found at the end of this post.

This is a game I make (work in progress!), which should include realistic weight gain as possible. So what I did:
I did a lot of research and searched for loads of statistics and I googled realistic calorie amounts for the single food pieces.

You will gain weight in a realistic way (9000 additional calories = 1kg of fat). It is still pretty fast and can be easily adjusted in the future.

This is the character you will play (you can name it at the beginning of the game): 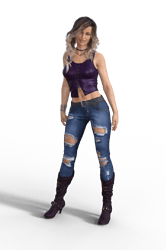 If you gain weight your clothes will start getting tighter and tighter until you buy a new set of clothes (the same with losing weight, the clothes will get lose). If clothes are too small or they are going to RIP the game will automatically buy an overpriced set of clothes for you (it just makes sense because in real life you would just go and buy yourself new clothes, you wouldn’t go outside naked, so the game forces you to wear clothes).

Your parents paid you an apartment near the college (which your parents paid the scholarship for). By default, you will attend college. With bad behavior, you can get kicked out of college, but you can also leave it when you want to.
Next to the college / as your job you will be able to choose from a wide range of jobs, each one containing something special. Some jobs require experience, fame, education,… so you will “unlock” them over time.

Better paid jobs will enable you to buy things, this game is a lot about money. A lot of money enables you to buy research centers,… to do…whatever you want to.

This is NOT supposed to be a minigame, which means one game year has 365 gamedays which you will have to play. Sometimes holidays,… can be skipped with a skip button for lazy players, but it is more efficient to play scenes/holidays yourself without skipping anything.

Any thoughts, ideas, or questions for the game?

sounds fantastic, will there be a scale which updates your current weight or will it automatically update? also cant wait for demo

You will not see the current weight you have. But there will be a scale in the game (not pretty sure if you will be able to buy it in the supermarket or you will have to visit a friend’s house to weigh yourself). The weight the scale will display includes water weight (e.g. you will weigh more after a big meal. Food will take its time until it is used up and converted to fat. I think it is 9 hours for fries).

To be honest the code for the scale is already finished. Just thinking of where to put it

could make it an event, after a certain amount of weight is gained you can then go to the store to purchase it, either way if even half the stuff listed is in the game its gonna end up being one of the best ones on this forum

could make it an event, after a certain amount of weight is gained you can then go to the store to purchase it, either way, if even half the stuff listed is in the game its gonna end up being one of the best ones on this forum

The problem is a scale is in reality a pretty worthless item but in the game, it might be one of the most powerful ones, so it should be valuable in a realistic way like a scale can be found at a friend’s house.

Great to hear you like the idea. Hopefully, the game will end up in a good way.

I will try to release a very light demo, with just a few gameplay elements implemented and like 4 weight stages. This will probably take until September.

Based on the name I thought it would be based on Conway’s game of life: Conway's Game of Life - Wikipedia .

Now that would have been interesting.

Oh I see. I edited the title to make it way more clear.

Thank you for telling me, I did not think about that.

Now this looks really interesting and sounds very promising. Will definitely keep an eye on any updates, whether that be in game images or an eventual demo/alpha build.

Did she gain weight? This is the speed I keep during the game. I won’t be posting too much about the main character to keep some secrets 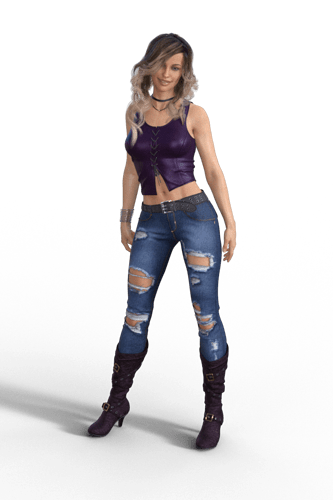 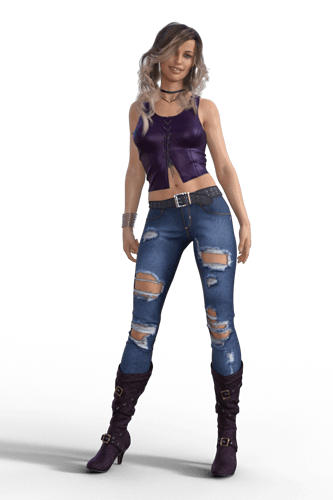 Looks like it will be fantastic! Good luck with it.

Sound like a good idea and I do like that game starts at college and you can drop out.

I am not a fan of super-large or unrealistic sizes. Basically there will not be a weight limit, but the character won’t be showing any changes at some point. The character has weight stages, where the look of the character changes, the last stage is planned to be high.

I’m looking forward to this!

The art in the game is made with 3D assets, kind of tools, which you can buy for a decent price online. I can only spend a certain amount of my pay check every month to buy them. Some images I plan to do will not be ready in September, so I am asking this question:

I usually don’t do that because I feel bad when asking for money but it would be the best for the game if I could do a deal with somebody (like a small sponsor payment against a custom feature (for everyone) for the game, which I will implement in the Pre-Version)

I reckon you’d be best off releasing thus early version so people can get a feel for the game and build interest, then opening a a patreon so people can throw you some money to support development. Especially if as your using DAZ which I known can be pricy on assets.