Alright, here’s the actual project page so I can update and hopefully fix everything~

The game is made in Unreal Engine and runs on Windows. Have fun playing~

Interact with beds to regenerate health, hunger and mana, as well as reducing energy slightly

Thank you overall, but especially for this!

Will there eventually be a difficulty option? I try to eat and be full to have better stats but all of the enemies beat me senseless with 3 attacks.

i’m going to implement that today, though I can’t give you any time on when it’s done.

As of now, is there any way that MP or skills can be used/unlocked or you’re planning to add this feature in a future update?

That hasn’t been implemented yet, sorry. It’s planned though, and pretty much second from top on the current list.

I did but in a difficulty selection though.

So I tested in version 7 and managed to get a version of the bug to show up again.

I’m not 100% sure what causes it but it seems to be related to if one character occupies a position above another at some point.

I also managed the original bug where your character goes invisible.

The variant one I also managed to make one of the other characters vanish.

Ths is what it’s like standing far from a character 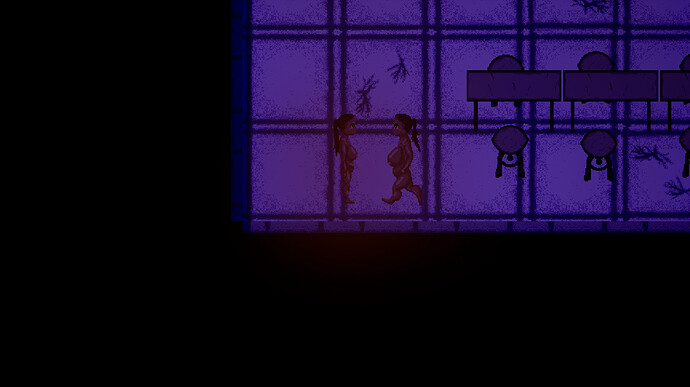 When you move closer you get this. 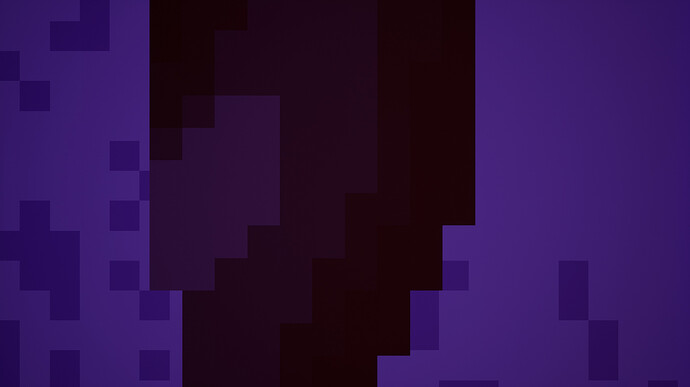 You also can’t use interact when the bug occurs. Moving away zoomes it back out but stepping closer again seems to zoom it in or show the weird bug screen.

Also I appreciate the difficulty option but I still think the scaling is a bit off as if you keep fighting the same opponent enough times will scale them up well past you even with you winning all the previous matches against them.

Thank you so much for this feedback!

I’m really sorry any of this happened.

The zoom-Bug should be fixed now, it must have occurred because the respective sphere-colliders pushed each other away from the correct plane. I’ve build in a check in both movement functions to always make sure all characters are positioned correctly. (It zooms in because the camera is attached to the player in a specific way to account for walls in 3D, and kept in to detect specific errors like this, I’m really sorry about that!)

Scaling should be fixed now as well, I accidentally forgot to remove a += in the code, resulting in the current player experience to be added to the enemies current one, instead of it being set.

Hmm, at this point, I feel that you’re tired of patching your game over and over again, but I simply ran into a bug just as I started playing the game. For some reason or another, the game simply freezes up on the battle screen whenever I win and advance from level 1 to 2. Just stops dead in its track.

If it helps at all, I played it at normal difficulty, with torches disabled.

I’m so sorry this happened! It should be fixed now.

And while I would love nothing more to fully concentrate on working on new content for this game, I want the game to work even more, so I am really thankful towards you all for reporting these bugs and for having patience.

Hmm, my dude, I don’t know what happened this time around, but you might have put up an incomplete zip archive, 'cause whenever I open it, it suddenly blasts an error window saying something about an “unexpected end of archive”. Since I also noticed that the file size of this current link is smaller than the usual builds (33 MB compared to something like 90 MB?), I think there are a few things missing.

I’m really sorry about that! It’s fixed now. I think something went wrong during the copying process.

Bugs happen, I don’t think anyone is expecting something bug free. Even without this having been something you made for a Game Jam.