Most up-to date version is on my Patreon

Formerly known as the unamedstuffingrpg. GUT is set in a fantasy world of Gods, goblins and monsters, Gumia’s Unbelted Terror takes place in a world where people have started acting strangely. Everyone has been eating more than any human could consider normal, and it’s really starting to show. Almost every female NPC in the game and all of the playable characters have quests and scenes about them expanding in one way or another, and with new scenes unlocking as you progress through the game, this RPG will be one that you’ll always be looking forwards to. The game includes hours of side content and quests that grow not only the story, but also the cast. 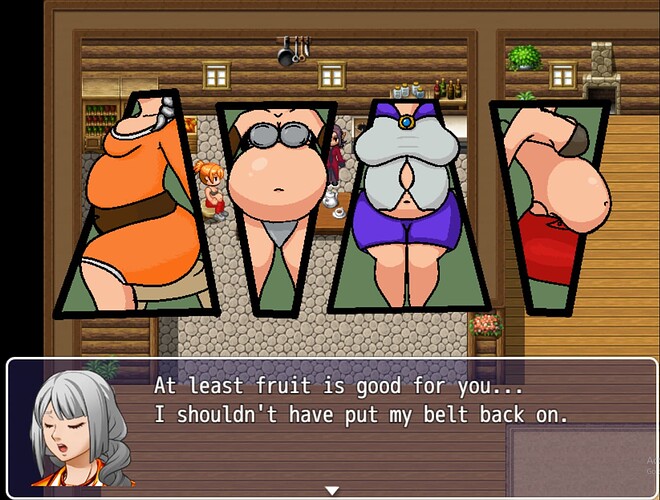 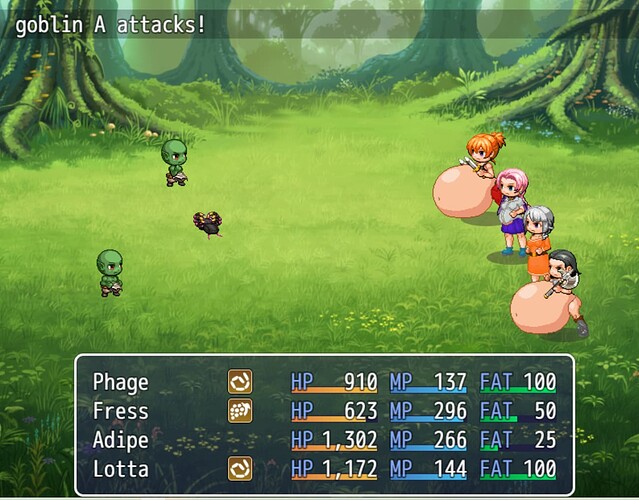 You play as Phage, a thief and young woman who is delighted with how the world seems to be changing. Follow her adventures as she meets old friends, makes new ones, eats more than you could think humanly possible, and maybe even saves the world!

The newest free version is on itch.io

For anyone familiar with the stuffing rpg you’ll notice this is the same game, but now that It’s got a name and the story is continuing I’ve decided to make a new thread, and leave the old one up for archive purposes.

AFRIT VILLAGE UPDATE IS NOW LIVE!
DOWNLOAD ON ITCH
LATEST BUILDS AND WIPS RELEASED EARLY ON PATREON
BECOME A PATRON
Picking up after the attack on the elves our heros must science their way through the mountain into the desert home of the Afrit warriors to meet the King before it’s too late!

*NEW STUFF!
*Goblins doing goblin things
*Dinosaur ghosts
*The caves area
*The Desert town Opuntia
*A scene I stole from an anime I saw as a kid
*Parkour!

So, this means if I have already played the battle update there’s no need to grab a new copy of the game? or is there new content already added under the new title? (I couldn’t quite tell from your OP.)

sidenote; when you do release a new content update, will it be save game compatible? or will the game having a title now force us to start at the beginning again? or maybe you don’t know yet? 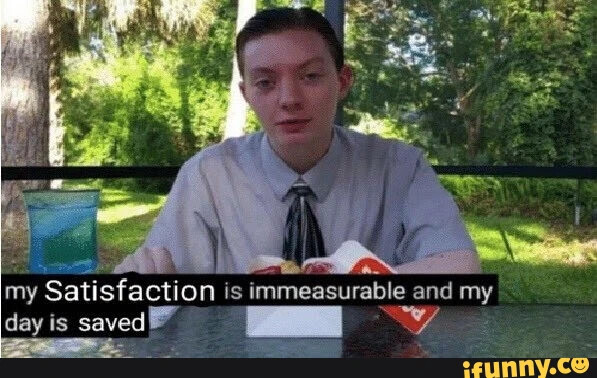 Absolutely hyped over this comeback. This was among the first games from the site I played, and seeing it get a new story update after so long has completely made my day.

PS: You might want to change the title to let people know what this actually is. I somehow thought this was a new game until like the fifth sentence on the OP.
Something like [Gumia’s Unbelted Terror (The No-Longer Unnamed Stuffing RPG update)] 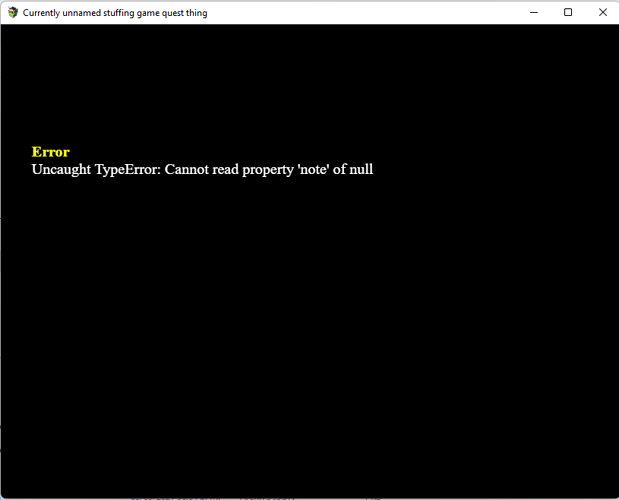 Hey I am a stupid who cannot get patreon to work, are there other possible avenues like paying on itch or kofi or the like?

@namad The Patreon build has additional content, there’s a whole new area to explore. Also old saves don’t matter since he has built in saves. I’d just use those as I know he’s added new plugins which might not work with old saves.

@Powerz_Kelp Currently Patreon is the only way to get the latest version. Don’t know if he plans on using anything else.

To my knowledge he doesn’t have any version numbers, but there was a ton of content even before he updated the game.

I don’t think there’s vore, but definitely more areas will be popping up. 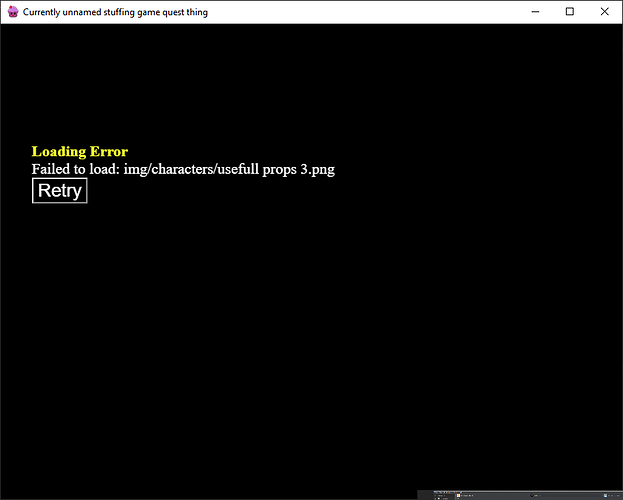 so glad this game got its own name, when it was just called stuffing rpg it was hard to tell it a part from other games that used the same name

Wait this game NOW has a name and it not a bad one.

He’s back and out of currated projects 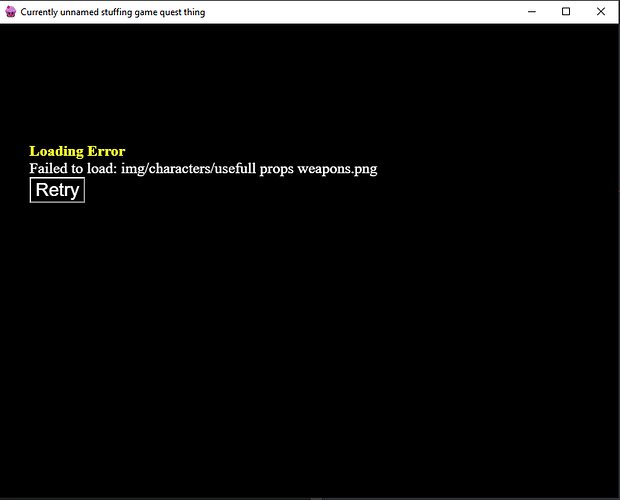 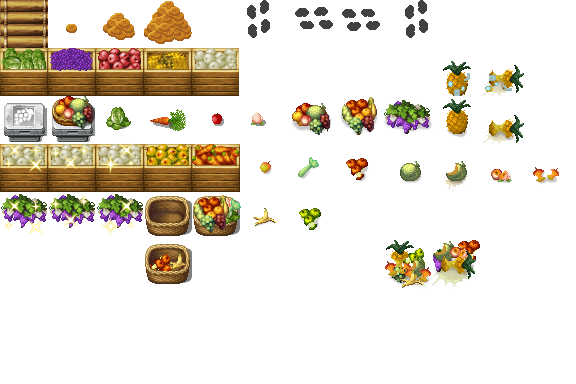 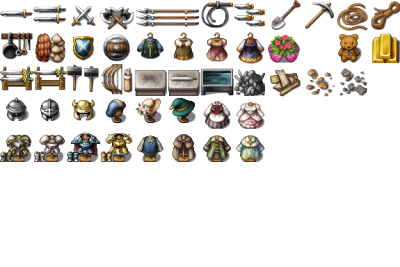 I deleted a couple of images I didn’t think were needed to save space on the free version. Turns out they were VERY needed. So I’ll be bugfixing that soon.

Hey, I can’t find the secret about the missing candy man in the slums of the second town. A hooded man gives you a hint to check south of the armor and item shops, but despite checking everything twice I couldn’t find any info. I tried "ctrl f"ing the previous thread to find a solution and got unspoilered images of an area that I hadn’t been to yet (the candy factory, which didn’t reveal too much about it but still makes me gun shy about looking through that thread).