Looking for an old visual novel

I remember there was a visual novel that was written by someone on FA that deactivated their account for a while now. I was wondering if anyone still has the visual novel. I remember it was a two part powerpoint visual novel.

Any details? At all? There’s thousands of visual novels. You have given no one anything to go off of.

I vaguely remember telling someone on FA that they were a complete madlad for making a VN in Powerpoint, but I don’t own PowerPoint so I didn’t download it.
(Also it was huge because every single variable had to be rendered as a set of pages for every… Single… Branch…)

I remembered someone made a reference to it, after some digging, here was the post: Male Bears full body inflation - #10 by 2-36

I remember that the person’s account was deactivated for at least a year now but someone did mention it here which is why I was asking to see if anyone still had the VN in their archive.

I think I know what PowerPoint VN you are searching for. I played it a while ago. I cannot find it on my laptop, unfortunately, but the creator is Chodoudou, if I remember correctly. While their account was deactivated, I thought I saw a post from them in the last few months.

Maybe I deleted it because it was so large. The main character you were interacting with was most likely named Boo (Chodoudou’s usual character). The game itself had nudity, and the dialogue options led you to different rooms (e.g. bedroom, doctor’s exam room). I probably deleted it for one of three reasons:

Mechanics were both simple and complex: simple clicking, but complex in the behind-the-scenes workings (not surprising, as @FluffRat has explained). There were a number of endings; my favorite was the ending where the game shames you for being a health-conscious fat-hater.

I wish I could offer additional help, but hopefully this gives you a good starting point for further research.

I believe that is the one, now I remember now, does anyone still have it? Because the download links no longer exist and I can’t seem to find it anymore.

i have this game in my laptop

Chodoudou not did delete his game for that, actually he was banned from FA due to a problem with the staff, but currently I have no contact with him, and I have not uploaded his games because I do not have the permission and I do not want to get in trouble (he has two versions, one sd and one hd, but the sd version its lost media.) 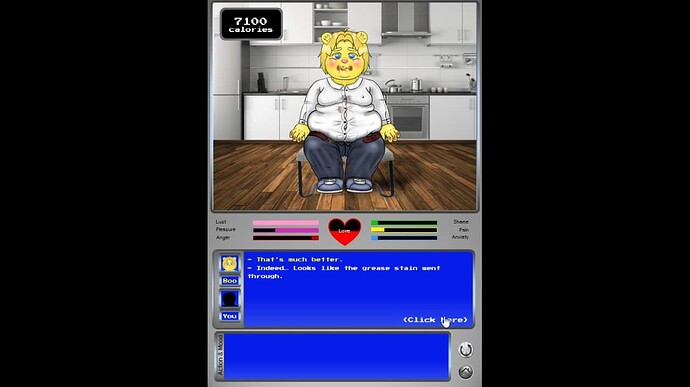 That’s a shame, but at least I know the game is still around and hasn’t disappeared forever.

can I upload the game to the forum as long as I give credit to chodoudou?

I lost the sd version forever because my computer was stolen where I had it saved when I lived in patzcuaro u_u but at least, I want the final HD version to be preserved

As I was cleaning up my laptop and transferring files to my new laptop, I stumbled upon the game–Tubby Boo’s Adventure. I am not sure what version of the game I have; the folder is simply called “TBA - Part 1” (hence why I could not locate it initially). I am in the same situation as @Aisitewan in that I have no contact with Chodoudou and therefore no permission to upload his game (see the forum’s “Post Only Your Own Stuff” rule). I will keep an eye out on the FurAffinity website to see if Chodoudou has returned under a different name. (I think he might have, but I sadly cannot confirm it yet.)

P.S. Since I was not a huge fan of the game, I will not be transferring it to my new laptop.

I don’t know if you have the complete game, there are 4 files 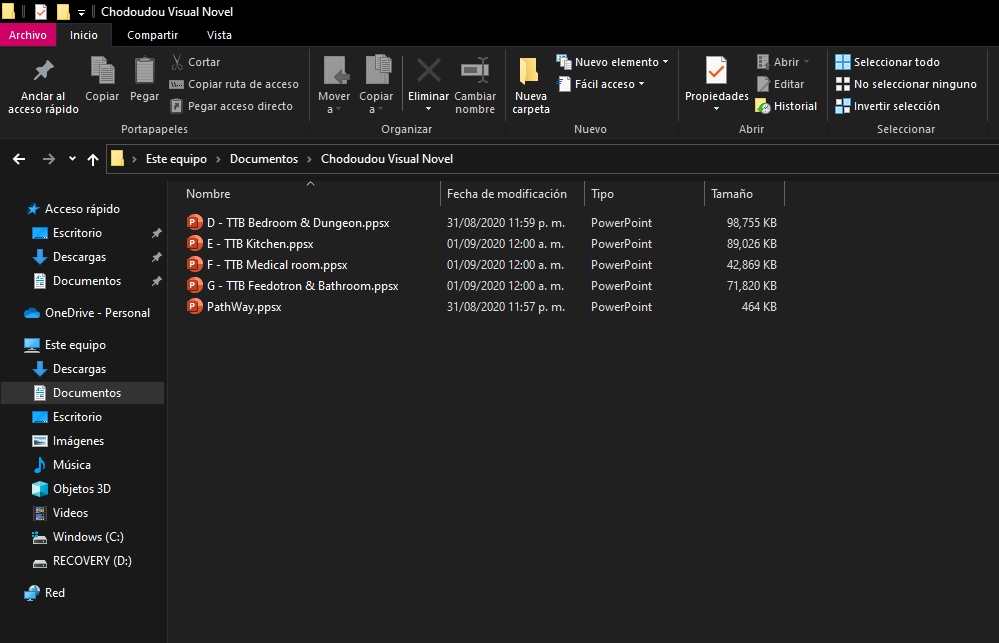 I am not sure I had all four files, but I do vaguely recall at least the first three. Oh, and Chodoudou might have returned to FurAffinity under the username boysoy.

Yep, that looks like him, anyone want to ask him for permission to upload his game here?

Hi guys,
I m the actual “author” of the game,
Aka chodoudou aka boysoy on fur affinity.
I’m a bit surprised to see people still looking for Tubby Boo Adventures ^^
Maybe I still have the download link somewhere, I’ll have to look for it from home.

The old downloading links are dead…
Aisitewan can share a link if he wants.
And if any of you have any question about the game, feel free to ask! I luv questions!

I might start working on a new project of the exact same nature.
You can see the potential main character here :

I haven’t been banned. I chose to leave for a while.

Can I translate the game into Spanish, Esperanto, Cantonese and French? so that it reaches more public!, by the way, can i help you with your new game? i love to help uwu