Hi everyone! Most of you may know me as jarringMange or LatulaLover online, but I’m Sterling owner and creator of Yummy Goods! I’m making a Visual Novel “Toy” called Mochi Moshi! 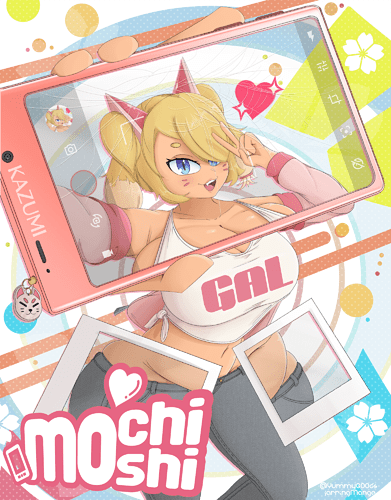 Mochi Moshi is about a girl named Kazumi who is bored of her local scene and asks you, her friend, if there’s any where she can go. The little trip she takes changes her physique and by the next time you see her she asks your help again! Depending on the order of locations you give her, her appearance, ending and story is different!

The game is originally planned to have six endings/routes using three locations, but as funding increases, the budget of this games goes up and the story becomes bigger (making her bigger as well)! Think about it as a weight gain drive you can play through multiple times. I would suggest if you want to know more about this game in greater detail read THIS HERE.

Games cost money to make, this is why Kickstarters are often made to fund games. This is also a passion project, but I also need to eat haha, you get me? At it’s base level with no funding the game has 6 endings with 3 locations and no custom ending graphics. This means beating a story route doesn’t give you a special pinup of Kazumi grabbing her tummy, having her ass rip her jeans or teasing you with her heavy milkers. That’s where you guys come in. Below is a list of goals that incentivize the funding of my project as well as giving you guys something to look forward to!!

Edit: August 22th - HEY WE’RE FULLY FUNDED THANK YOU SO MUCH FOR THIS!! YOU CAN STOP DONATING IF YOU WANT TO BUT MONEY IS ALWAYS APPRECIATED BUT LIKE OMG NO WAY?? I DIDN’T EVEN EXPECT THIS MUCH!? 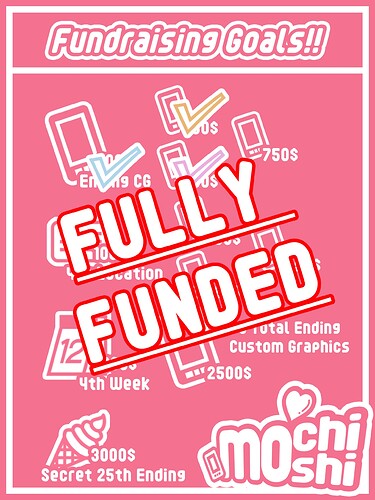 How to fund this game

I have a few places for people to give me money and all of it is tracked here:

For ways to donate consider:

Questions and Other Information

If you have any questions about this project, want to know more details, or just generally want a hub of more concise and organized info, please check out this google doc containing all of the information you could want and more:
Mochi Moshi Information

If you are a 7 dollar tier member of my Patreon you get up to date and bonus information about Mochi Moshi on a consistent level as well as the ability to vote on stuff featured in the game when the time comes.

If you want to spread the word you can also retweet this post here:
Mochi Moshi Reveal Tweet

Thank you for taking the time to read this, please support me and this project! I love weight gain, I love expansion, I love so many people in this community and I want to make something that people can go back to repeatedly and find something new.

Well, you got at least one donation here, immediately interested in the premise.

I’m definitely interested. Can’t promise a donation right away but if I can I def will support this in time.

Interesting, I’ll throw some money at this, hope it does well.

Thank you all for your support so far!!! AAA I appreciate it so much!!
I don’t have a proper end date for the fundraiser but expect it to at least be open for over month starting today! I wanna reach as many people as I can and keep it public and open how it’s going. No real rush to donate if you don’t have anything but this current track is making me excited to keep working on this every day until it’s done!!!
<333 Thank you again!

If you’re close to a milestone at the end of this just hit me up and I’ll pay the rest so long as it’s within 100 bucks.

Do you have a planned release date for this yet? It seems like you’re really on track with how this is going to roll out already.

As a point of clarification, what exactly just each tier unlock. Is it a single image? A set of images? A new route?

Specifically with the CGs it is a single pinup full color illustrated image that will give life to a specific ending. Because each route has a different combination of weight distribution, the CG would exemplify what that route was about giving it a nice capstone reward.
Other tier rewards include a new location, making the game 4 times larger, and an extra “week” in the game play which makes it an additional 33% larger after that!
The final tier is a bonus ending that can happen in any route (after certain conditions) that give a completely different ending and ending image.

Thanks for the question I hope this cleared it up!

There is no release date yet, as there’s still a lot of work to do, but by the time the fundraiser ends I think it’ll be at least 8-9 months but possibly less than a year. When I have a solid release date I’ll let everyone know. I wanna be faster than this but there’s a lot of drawn content if the fundraiser goes well, but in the end I won’t know until I know the complete scope of the project.

I appreciate it! We’ll be a while from that but if we come close to anything needing to break before it’s over I’ll absolutely hit you up <3 Thank you for your incredibly generous contribution!

Totally understand that. Good luck though, excited to see this to completion.

Sorry for the late reply, I don’t mind you hijacking my post since you are the creator of this game and also didn’t know that you have an account for this website. Besides, I make that post because don’t have money to donate for you (Well, actually I do have money to donate but at the same time I don’t want to waste my money too much) so that why I make that post as soon as I saw your project for this game so that I spread the word to every one of this community.

It sound absolutely perfect my credir card is broken now but expect some donation from me ! 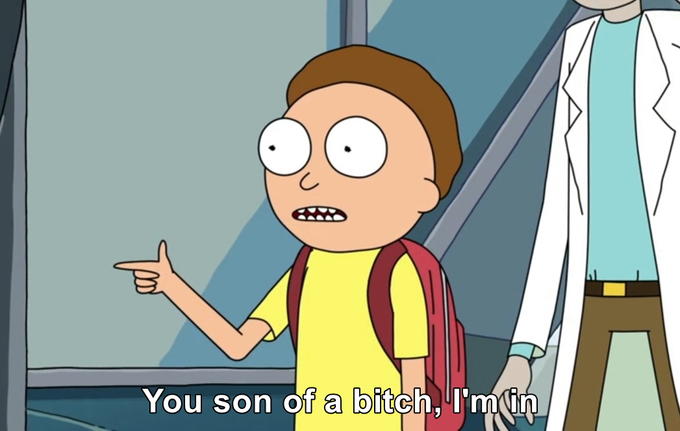 Hey no worries! You made me consider making a thread here about it and I think that was super important <3 Support whenever you helped break the barrier on this I think!

Wait a sec, this got funded? ENTIRELY funded? For all the stretch goals and everything? I was hoping this would get somewhere, but I didn’t expect it to smash every goal. Godspeed, motherfucker.

Trust me, I’m as baffled as you are. But yeah!! Everyone has supported me so incredibly well and I can’t thank everyone enough… like… damn…

Well, you’re an established artist in the community, so people know you’re not full of shit and you can at least provide some good art. I expected you to meet some stretch goals for that reason alone, I just didn’t realize how eager people were to throw money at this.