Hey, I have an important poll on my DA (and patreon) about AI/bot generated art.

I’m looking for feedback before making any real choices. But i need information before I do that!

What is your opinion on me posting AI generated art. Be 100% brutally honest....

I did it. The current content now has sounds mapped to key moments.

I tried to be sparing and tactical about it. Not every path has the same amount of sounds because i figure if you’re on a more gluttonous route that just going to be a noisier situation. And As i said before, you can turn them off in the options menu.

This isn’t technically the end of the sound, as I add more writing next, I’ll be adding sounds as I go.

I updated the chart.

v0.4 Feature,Status,Details Sounds - aquire them and proccess them,Done,Finding the sounds, chosing them, and pitch shifting them as needed. Also getting them to play in game Interface - content buttons,Done,Adding content toggle buttons for the new...

Added a separate page for the content toggles, and renamed the about page to credits because i wrote nice things about people there and you should read it. 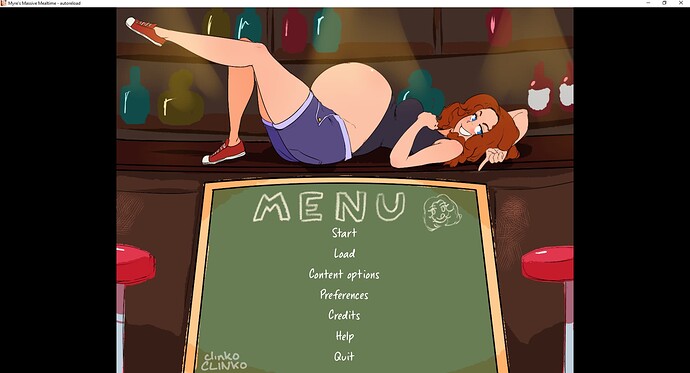 I’ve finished stubbing out the intended dialogue choices to be written for the next couple/few updates. There is 6 pre-entre dinner conversation topics, and one of them with sub choices inside. I intend to add more, but I figure this is a good starting place.

Of particular interest when I’ve written it, if you have the right flag and condition, you’ll be able to compliment Myre’s belly. That should be fun.

Besides that with me stubbing out the choices I’ve made the choice myself of introducing a few new sort of sub-paths. Basically things i didn’t feel warranted a whole track through the VN, but would be cool to see variations for. In particular, I figure if you’re bold enough to complement your date’s belly, bold enough the breech that topic, that should come up in conversation again, right? So in later dialogue, it should be easy for me to make Myre make an offhand comment on her belly, or subtly change up her dialog now that she knows for sure you’re interested in it.

I’ve added one sort of new main path(unlockable from this set of conversation choices only), and two of these sub-paths.

For v0.4 I finished one of the 6 conversation topics.

Fun fact, there are now 16,518 words of dialogue and narration in MMM. That’s getting close to the word count of Weighted Grades(arround 20,000 words). I wonder If I’ll reach that by the next release?

I don’t think I’ll get all the options finished before them. But i should definitely get a couple more done at least.

I don’t know how much more I’m going to add between now and release. That just depends a lot on how well my brain functions the next few days haha!

The other 3 topics remaining are a lot of fun though. I wanted to save them for next month.

Regardless, I’m pretty happy with this month’s BTS update. You got sounds, and options and more flirting? What more could you want!

I lied about the update being out in a few days. It’s out now for patrons because I want the dopamine, and I need it now! 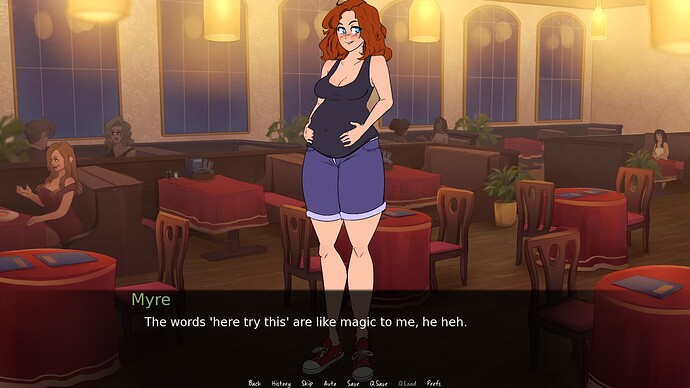 -Menu changes
–There is now a separate options menu for toggling optional content.
–Super related, you can now toggle content. You can have Myre wear her alternate work outfit if you want, and you can also turn off some of the new content for this update if it’s not to your liking!
–‘About’ has been renamed to ‘Credits’. Please take a look! I wrote nice things about the people who have helped, and linked their stuff. Go tell them how much you liked their stuff!

-Writing
–Word count is up to 17,168 words from around 14,000 this includes some new and extra dialogue accompanying the new sounds, and it includes 3/6 currently planned pre-entree dinner conversation. A reminder that the new words are rough and will have spelling errors, grammar error, and are otherwise, a rough draft! Half the new dialog options are even just stubs currently! They’ll be coming next month.

$10 Behind The Scenes patrons have access to this rough update now!

If you were at a stage show you’d clap, so make sure you comment how you liked it. Tell me your favorite moments and paths. Tell other people too.

I don’t know WHY I’m finding this thread now lol But now a lot more to catch up now!

The only really relevant stuff is v0.35 and v0.4 right now. Unless you want to see the process a bit!

I never changed the title of the post, RIP 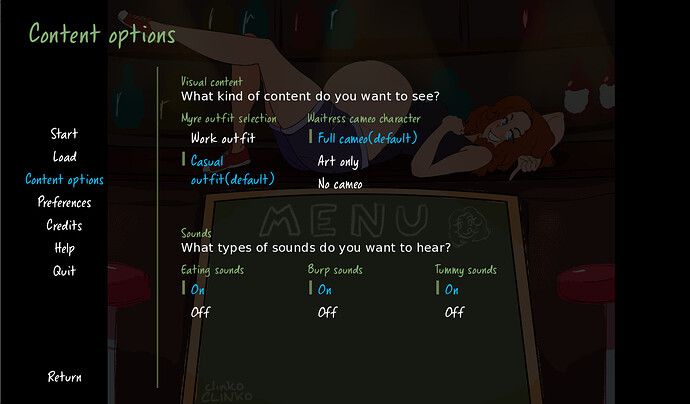 Did a bit of interface organizing

Can’t see the cursor in any of these. But the myre doodle is now a button that leads to a more fancy credits page.

Here is the revised main menu! 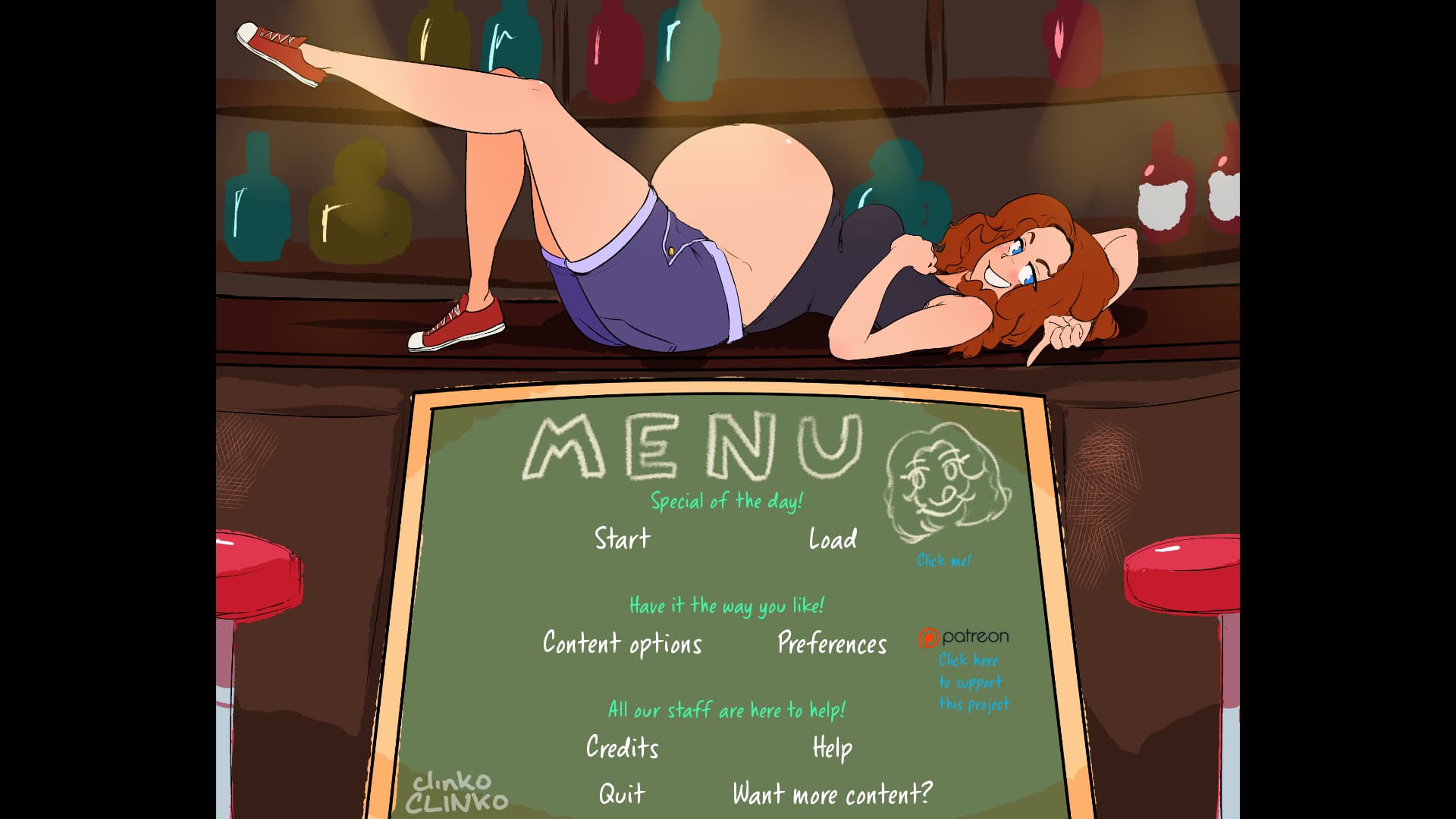 And here is the “look at more of my stuff!” page.

I want to make the fancy credits page a bit fancier, but besides that i don’t have much more planned interface wise. Maybe some tweaks here and there?

I need to get onto more writing. Both for the secret cameo and just the general dialogue. 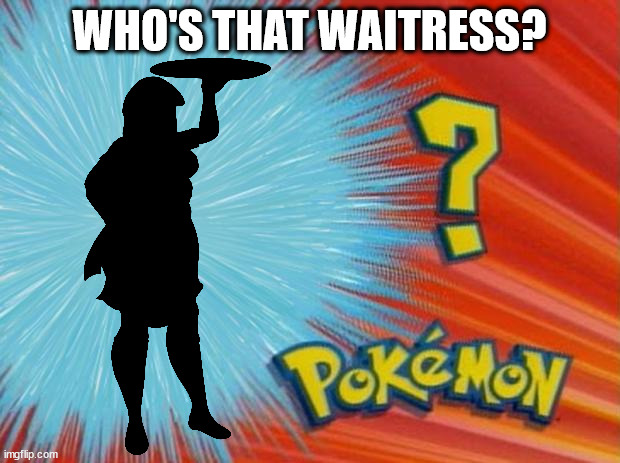 I just wanted to stop by and drop a WIP 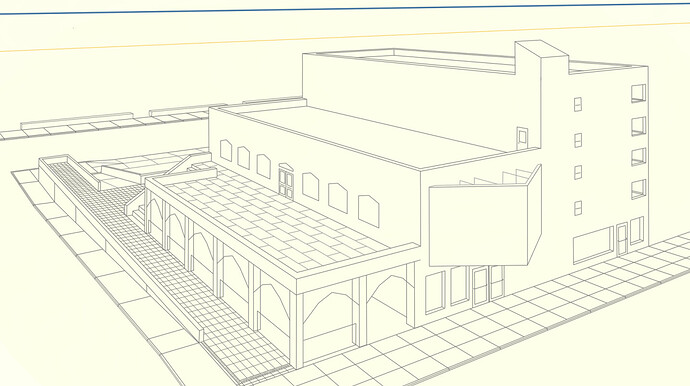 I’ve been trying my hand at making a new background using 2 point perspective. It’ll end up either being a super detailed reference, or maybe I’ll just make it look nice myself. 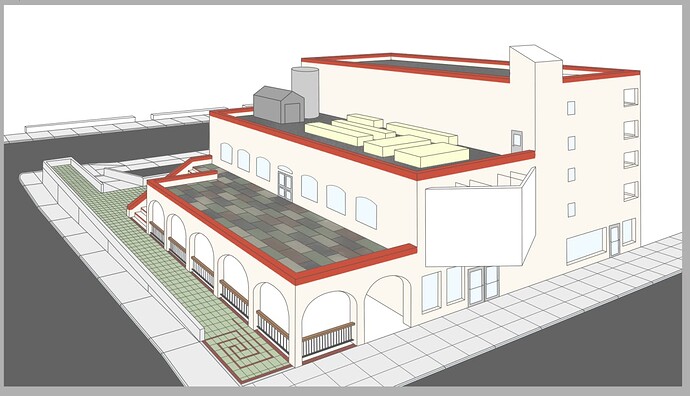 I got the first bit of the cameo character’s content written and have a good idea of how it will work best.

And just in case you don’t like either the character, or the content that comes with her, there is an option to disable it in the content options menu

Personally, I think the tone of the interactions will be a nice way to break up the flow a little bit and help keep the content from getting stale.

Hey the public demo is out for free now! See the other thread for details: Myre’s Massive Mealtime - public DEMO v0.37 out now(9/11)!

Give it a play!

Posting this picture again because v0.41 is out on patreon!

Basically there is a waitress now with a set of sprites and a bunch of interactions around ordering food. They’re something of a curmudgeon, but I hope it wont ruin your date. I feel their inclusion will help break up the pacing in the long term. The hope is that a less than stellar waitress will help bring you and your date closer together.

The update features new character art for the cameo, and about 3000 more words. The total word count is now just under 20,000 words, bringing the total word count to around the length of my belly focused weight gain novella Weighted Grades (https://www.amazon.com/dp/B0979H18LZ buy it and read it it’s good =D ).

I also spent a bunch of time this month playing around with moving around the character sprites to make the cameo’s inclusion more dynamic than just *show sprite with words*.

I also spent time on other things that are laying the groundwork for future updates.

Anyway, for their generous support, $10 patrons get to play this version now. The public won’t get this content until I take another polish pass at the first part of the content. Feel free to wait, but if you want to see unfinished, work-in-progress builds, you can join the Behind The Scenes tier on patreon to play it now.