And I’m back! This version took a tad longer cause there were a ton of bugs and I made a bunch of changes and such… Like a bunch. Check the changelog for the full rundown of what’s happened.
So, I’m using some new plugins and features so you will have to start a new game. This is not optional. Old saves will not work. Don’t bother trying.

NOTES:
The forest travellers do work properly, it randomly selects which ones to spawn, so if you spawn the same ones multiple times in a row, it’s just bad luck for the most part.

Files from v1.5.4 should be transferable.

Also the guide is in the main folder of the game as well. It’s not quite finished but there’s information in there that should help!

92 Likes
Feeder Fantasy by Fallboy - Translations & Mods (Ver. 1.2.2, Original Ver. 5.0)
A user maintained list of games
Do any know of vore/fat games
Favorite WeightGaming Games I played (And Replay)
Are there any RPG Maker games with art in them?
NickSav November 11, 2020, 3:41am #2 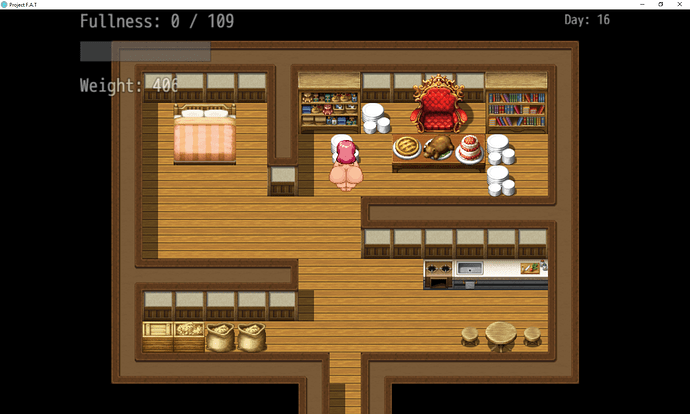