It’s really been awhile but I’m back here with another progress update. A decent bit has happened since the last Dev update and I just wanted to share a few things!

(I don’t have a good image to post for this update, so here’s a shitpost I made for giggles) 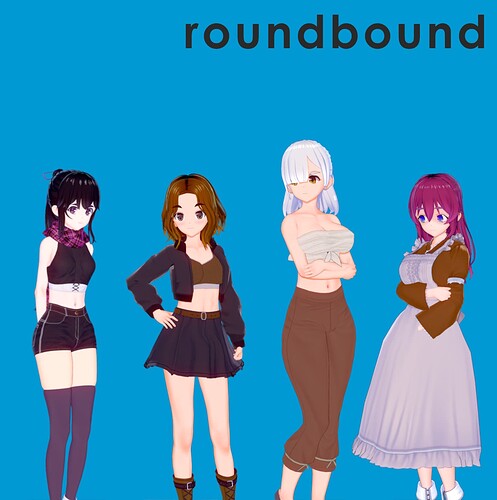 As usual, any artists (traditional art and/or sprite making) feel free to reach out! I can always use some extra hands on board. My discord is " Round #8776 " and feel free to message me if you have any questions, suggestions, or was one of those artists looking to help out. Thanks for being patient, everyone. I hope you all enjoy what I have cooking up.

I still can’t figure out how to do the puzzle door with the code, I am trying to input the right codes, the right letters, everything. but I don’t know exactly how to do it.

Ok so this game is great. Absolutely loved it. I went in and expected a low effort cringy text based game and I was proven oh so wrong. I had a blast playing it, the jokes are funny, and frankly the typos are pretty hard to spot (which is rare for RPGM games). The game is pretty complete already (even if it isn’t finished), and it reminded me a lot of Seeds of Destiny and Gumia’s Unbelted Terror. I honestly can’t wait to play more of this, even tho I still haven’t figured out the password for the door in the cave next to Aelwood.

Been awhile but I made some good progress. It’s nothing crazy, but a great jump on the project when I started to lose steam. These changes are all mostly aesthetic, but the game feels a lot more “professional” if you can even call a RPG fetish game that.

Here are some teasers to get you all by for being so patient. 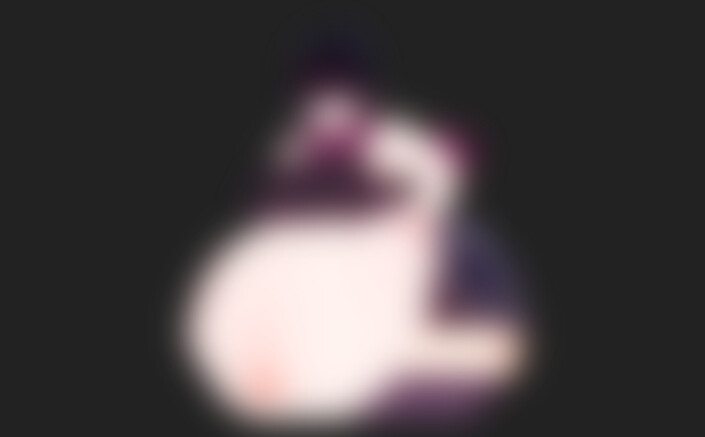 Above is one of Madeline’s weight gain stages! I’m super proud of how her new model gains weight. If you want to see the actual model, it’ll be in the discord under #progress-updates. Link to the discord is in the initial post. 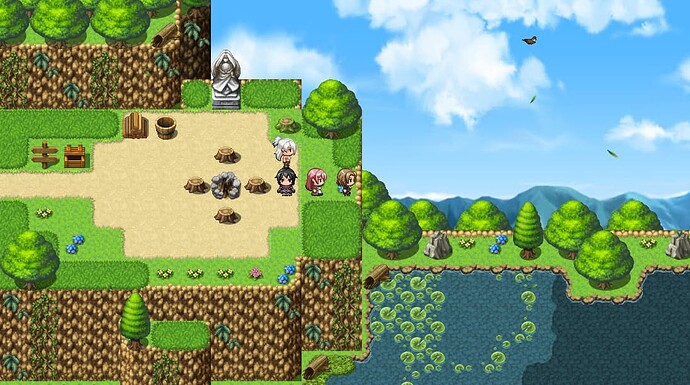 Here you can see some of the falling leaves. It looks a lot better in game when they’re actually falling left to right and I think I only captured 2 leaves with the screenshot (lol), but this is just an example of some of the visual changes. I’m proud of the visuals of the game a lot more now and if you could hear the new sounds it would be that much more impressive.

As usual, join the discord to see more updates and feel free to message me or ask questions there. If you’re an artist willing to help out with some visuals or sprites message me on discord @Round#8776 and I’ll let ya know what I can use some help with. Thanks for being paitent

I’m just testing the game and so far I like it, the main characters gain weight like the NPCs, however I know that this game is mainly female gain and recently I’m for Stonewell but now no male NPC has gained weight; The truth is that I would like to see at least the men get fat, since the goddess asked that they make humanity fat I would like to see the fat men dhusgfisdh (I like these types of plots in weight gain rpgs but I have never liked that one’s gender is ignored; and something is the norm I like to see both genders do it)

Although it has nothing to do with it, but in the Vore when it is the norm I have never liked that only women do it, I really like seeing both of them do it and if they gain weight better

Here we are, two years since Roundbound hit the forums! It’s been a wild ride since the release of my small demo, but the game has come so far and really transformed into something I’m very proud of! I don’t have anything too special for the anniversery, but I rather wanted to provide a bunch of info about the game and where it’s at now! Some of it is a recap, but some of it is new! Here are 6 things to expect in the new update.

To start things off basic, I updated Robin and Aria’s designs. They both look a lot better and I’m glad to show them to you! The cover art for the game has also been updated to better show off these changes. 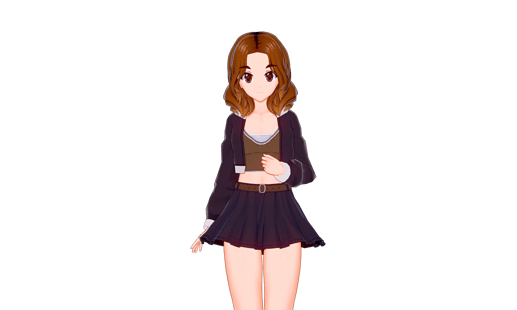 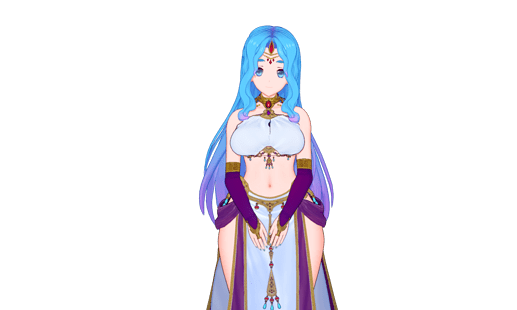 Whos this white haired figure? Meet Athena, who will be the last member of the party! Her personality is a huge swap from the three previous heroes. She’s older, more experienced, and is a lot more grumpy. I know a lot of people will fall in love with her and the unique dynamic she brings to the team. 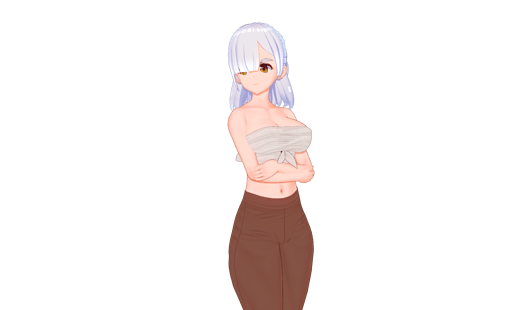 When the party is traveling in the Famitu Desert, they can stumble upon the Weight Gain Dojo! It’s an odd place lead by a thin woman named Laurel who has quite the affinity for weight gain. If you help her gain, she’ll both teach Robin how to fatten foes up during battle! 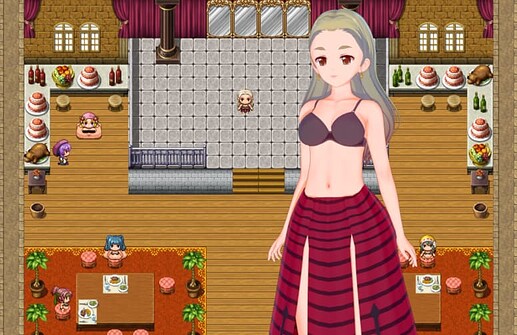 In addition, she will help the party unlock a new weight gain stage! These stages are being made by my friend CJ who happened to make quite the name for himself recently. I’ve seen some snippets of the new stages he’s working on and they look fantastic! And yes, they’ll have new inspect models and dialogue to look at.

4) The Door of Desire

During your journey you’ll come across different passcodes. Come to the Door of Desire and enter in these passcodes to earn rewards! Some rewards can give you a bloatberry, some gold, level up your party, a special boss battle, or more! Be sure to keep an eye out for codes as you travel or even codes posted here on the forums! 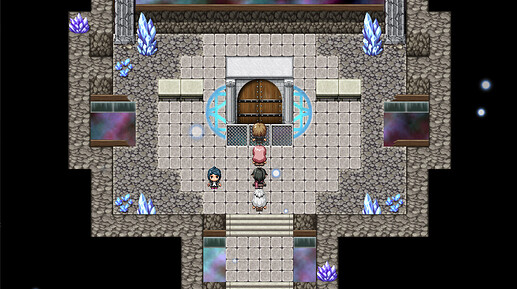 I totally understand many people don’t like default RPG maker battles. Roundbound will always have battles in it, due to the nature of the game, but I wanted a workaround so people could instantly finish battles. You can get this item by starting a new game and selecting to have it or by entering in a passcode in the Door of Desire in an existing save.

As you can see, it’s a Gun. Yes, it doesn’t fit into the fantasy setting- but since the player is choosing to skip battles I figured I’d rather make a joking non-canon item rather than an realistic item that tries to fit into the story. Depending on how I feel I might change it to something more “normal” but for now… Expect Robin’s party to have a gun.

I now have an expected release date for the Sandsun update for Roundbound! I plan to have the v5.0 update ready by Halloween Weekend. Of course this date may change or get delayed for various reasons, but I feel a deadline will force me to work harder to get this done.

Thank you so much for the patience everyone! Feel free to join the discord to see more updates as time goes on and to join a community full of people who like the game. I look forward to pushing the game out to the forums when it’s ready!

Fuck yeah the hype is real

Its to good to hear that an update is incoming, this is one of my favorite games on this site after all.

keep us updated, really glad this finally getting update
i shall be lurking around

Will we have to backtrack to find any of the door of desire codes?

It depends on the codes. I won’t have too many that require backtracking, but a few smaller ones might be found in earlier locations. The goal of the codes is to add 100% bonus content, the game and all of it’s features can be played without them. But, I wanted to reward players who found codes in game, on the forums, or in the discord.

That typo makes me giggle, too(t).

Good to know. I hope you don’t mind me asking, but would any of these rewards include extra weight stages and/or bad ends?

Hey everyone, the update is going to need some more time before I can put it out. The content is all done but I still need to fix some bugs, add some sprites, and generally polish it a bit more. I won’t put a deadline on it this time but I would assume it’ll be done in the next week or two! Sorry for the wait.

aww dw take ur time, i must say i was waiting for this all week but smhow knew it not gonna be just yet
take ur time tho we shall be more patient

Agreeing with Mari_Yan, the wait will be worth it.

umm i didn’t mean any offense and i am sorry if it looks that way, i am just curious is all
sorry if it sounded like i was trying to push you, i’ll be waiting

The reason your comment would be flagged (which then will be hidden by default) is it is against the site guidelines to ask a dev for an update. You can check the sites FAQ for more info.

It hasn’t been too long since @Round has posted something and the update will be done when it’s done and I’m sure they won’t forget to post about it. Just a bit of patience will be necessary.