Skirjasaga - Tale of a Heifer

Visit the itch.io page for a full description, screenshots from the game, and of course the download link!
https://serendipitous-encounter.itch.io/skirjasaga

A long time in the making
I’ve been lurking around this community for a long time, and have developed previous projects - and helped on others. I’ve put a lot of time, thought, and effort into making this project into a game that I’m proud of. I really hope that it shows!

I would love feedback, or critique!
I’ve tried out a lot of new ideas with this project, and while my number one priority has always been to make a game that I would consider fun and interesting to play, I’m very curious how it appeals to the wider audience. If you like the game, or even hate it, leave me a comment it’s a lifesaver!

Disclaimer
09/08 - I have had a couple of people test this game for me, but there may be unresolved issues for a couple of days. Bug reports during this time are particularly appreciated!

Only played it for a bit so far but I’m loving the combat system. Tutorial’s great and the systems are a lot more in-depth than I was expecting!

It crashes constantly. I even can’t go through prologue.

What system are you on? I developed and tested the game on a relatively okay windows 11 computer, and never had a crash.

Win10.
It crashes on castscenes.

how does weight gain work here?

It’s incorporated in the story (after the prologue) 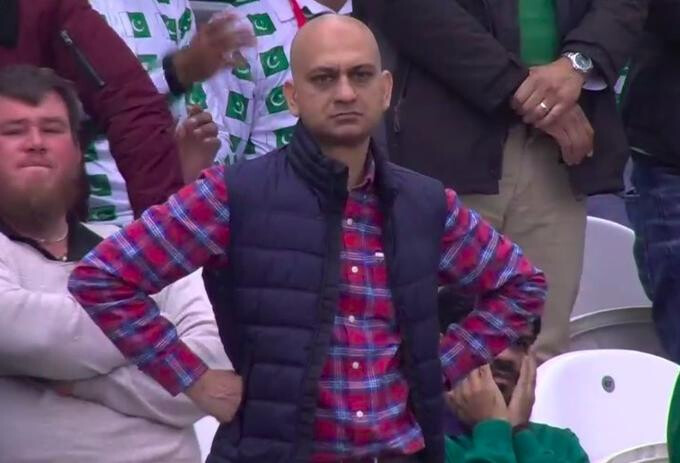 Just reached the end of the game’s current content, and I have to say that I really enjoyed what’s there so far. The combat system and other QTE-esque mechanics are a nice change of pace from the RPG maker standard, and it really helped with keeping me engaged with battles instead of just mindlessly mashing attack every time I encountered an enemy. I also really enjoyed the writing and the setup for the story, and the WG content felt like it came soon enough to where I wasn’t just wondering why I was even playing the game. I’m excited to see where the project goes in the future, since it seems to have much more potential than other RPG maker games I’ve seen on this site.

I have only played a small portion of the game so far but I can already tell this has been crafted with a lot of love and attention to detail. The systems you have created all seem to work without issues and were easy to understand at a glance. I can’t tell you how much I’m looking forward to seeing this game develop

I’ve encountered only one tiny bug: Just behind nora’s house there are some yellow crops/flowers, when you find the hidden item there it claims that you have picked up 0G — I would assume it’s actually 10G — I know it’s a very very minor thing but figured I would mention it anyway

I had a question and a suggestion: Is it even possible to beat the Seer fight? I feel like it is technically possible, but obviously much harder than what we’re used to at this point in the game.
Outside of that, the combat in theory is good, but in practice, it feels a bit unbalanced If you miss just one attack. A suggestion would be to make it so if you hit the majority, you still take damage, but you deal less damage than if you hit a perfect, so that way it’s not annoying when you miss the timing and get hit after hitting 3 out of 4 strikes.
On a more personal preference level, I feel like I miss hits I should be hitting. Either I’m bad at timing or the circles move at different paces sometimes and it really annoys me because then I take damage.
Really cool game though, and not even done with the prologue, which I’ll get through eventually once I have time.

I’m not going to be able to play this game without some kind of easy mode for combat–I cannot get the timing right, and I’m going to be killed by mice if I have to get a perfect streak every single time.

I love the effort put in to this,

But holy tits let us skip the prologue.

ok so after finishing this i get the heavy impression that this will have multiple protagonists with sperate stories? it seems like that will be the case with the first one focusing on the Hulder chick and then maybe another going back to Nora’s perspective? Unless her role as the lead is one and done because honestly you wouldn’t have known this was a weight gain fetish game except for that one bit of dialogue during the prologue which had eluded to it. And it’s not until the proper chapter 1 that you know for sure.

Is it even possible to beat the Seer fight? I feel like it is technically possible, but obviously much harder than what we’re used to at this point in the game.

You’re intended to lose, but it’s possible to reach a “win” condition.

A suggestion would be to make it so if you hit the majority, you still take damage, but you deal less damage than if you hit a perfect, so that way it’s not annoying when you miss the timing and get hit after hitting 3 out of 4 strikes.

Yeah, I agree with you and I’ll definitely look into a way to make “partial” successes more satisfying. I might use your suggestion.

I’m not going to be able to play this game without some kind of easy mode for combat–I cannot get the timing right, and I’m going to be killed by mice if I have to get a perfect streak every single time.

Combat should be fairly forgiving if you’re willing to sneak past the tough fights, and spend a little extra time leveling up if you hit a wall. I’ll consider lowering the difficulty of at least the very first couple of fights though.

… i get the heavy impression that this will have multiple protagonists with sperate stories? it seems like that will be the case with the first one focusing on the Hulder chick and then maybe another going back to Nora’s perspective?..

We’re not nearly done with the story of either of these girls! Chapter 1 will wrap up the Kynholt arc, so to speak, and then the story should be less separated between them after that.

I had a really fun time trying all your work! One suggestion I’d like to echo to improve the combat experience, in my opinion, is to reduce the all-or-nothing mechanics. If you succeed in some of the combat quicktime events, perhaps (if you do well enough) you and the enemy hit each other. You may graze their shoulder but they get a direct hit on you, etc. Perhaps it can also employ debuffs for countering difficult quick-time events, like a Slow or Attack debuff.

On another note, I appreciated this game’s long-form storytelling! It’s not easy to do right. You’re really getting me enraptured by the lore and setting you’ve created. Plus, like others have said, it’s brimming with personality and the effort you put into it. Fantastic tutorial, too. Because I like the story so much, I was able to appreciate it up to and including the actual kink stuff. I will definitely follow future releases so I hope you keep working on it long-term.

This is probably one of the strongest initial releases I’ve seen. There’s an incredible amount of detail that’s gone into so many elements such as the unique assets and UI, and they setting is wonderfully rich with all those morsels of Scandinavian lore you don’t see much in the mainstream. The spider appearing before the Seer and leaving behind the lore page for the fatespinners was excellent.
The minigames and combat are also fresh, it must be some serious behind the scenes stuff to get those working. The bossfight with the Seer messing around with the quicktime UI was very standout. The only difficulty was with the web covering the circles being difficult to tell whether my inputs were being slowed or blocked entirely to ensure a failstate. However I can already picture how further encounters might shake things up differently.

I will echo what others have said about the combat being pretty harsh. Requiring a perfect sequence in order to avoid damage and deal it yourself can be demoralizing if you mess up right at the end, and if you mess up at the beginning there’s no point in trying to finish the sequence other than practice. Coupled with randomized damage, it can lead to you failing a sequence by a single mark and taking ten damage, vs perfecting one and only dealing two damage which is a major feelbad. Tying damage dealt and taken directly to performance would be the best way to reward player skill during combat.

Overall super impressive, and I’m excited to see where it goes!

A pretty strong start, the prologue does a great job of setting up the characters and explaining how the combat works. I will say I had to take some time to get used to the combat, those double key attacks the bears would do are killer lol.

The story you’re telling here is definitely interesting, a unique setting with Norse mythology. I want to know more about Atla for sure, and it seems like Nora’s arch will be a roller coaster of emotions.