nice! i hope you enjoy the demo

Where can u find the super market?

Just see the name “SUPERMARKET” in a door, the tutorial said that

ye but I looked everyhwere and i dont see the SUPERMARKET

This is just a personal thing when it comes to game design, but after you’ve gone back to the back beach after your first real interaction with the gameplay loop, immediately asking the player to backtrack to an area they already could’ve just been, can feel a bit tedious and inane. I don’t know if it’s at all possible to do, but that seems like the kind of area where using reasonable assumption and just having the character ‘walk’ to the port area, or at least immediately walk to town A.K.A. teleport back to Dolphark, would minimize loading screens and tedium. Just my own two cents on what i’ve played of the demo so far, other than everything has been quite good. Dialogue loads a tad slow for me, but i’m a native English speaker, so it might just be that.

Oh, immediately after posting that, I got this after repairing the boat. 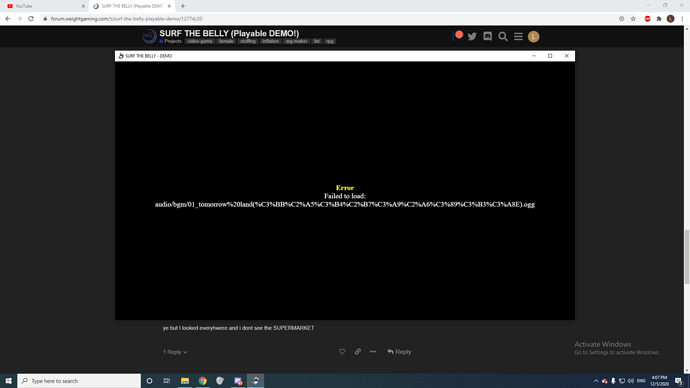 eyyy at least u got past super market

I immediately scoured as much of the city as I could, I always do that when I play these types of games. It’s not too hard to find if you just make either side to side, or up and down passes across the city.

Ok, a little bug because the othes user have a bug with the language name of the bgms, now fix that

So is that the end of the demo at the time being then? I’m not sure if there’s a way around it on my end, sorry for bugging, I was just really enjoying the demo so I figured i’d ask.

I’m updating the demo, don’t worry, I’ll let you know when it’s ready so you can continue

Thanks for being so active about the demo, it really is good so far, and the minigame and the small fight sequences are quite fun.

And the demo is already updated! I think you can continue using your savedata if you copy the folder

Here’s my thoughts on the playable demo:

But hey, other than that, great game you got here with a lot of potential!

Udapte the Demo!
This time, when you advance a bit in the story, when you go to the town, you will be able to choose several points in which to appear, making it easier to move around the city depending on the objective or where you want to go!

Thanks for your opinion! I’ll see to make it easier to find the supermarket and balance the enemies a bit, that’s easy to change 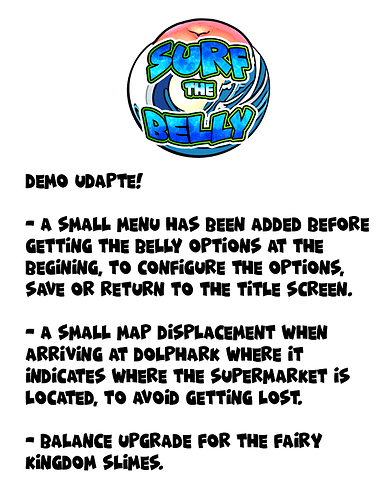 I hope this udaptes make the game better