I have just found this japanese game from pixiv and I would like to share with you all. 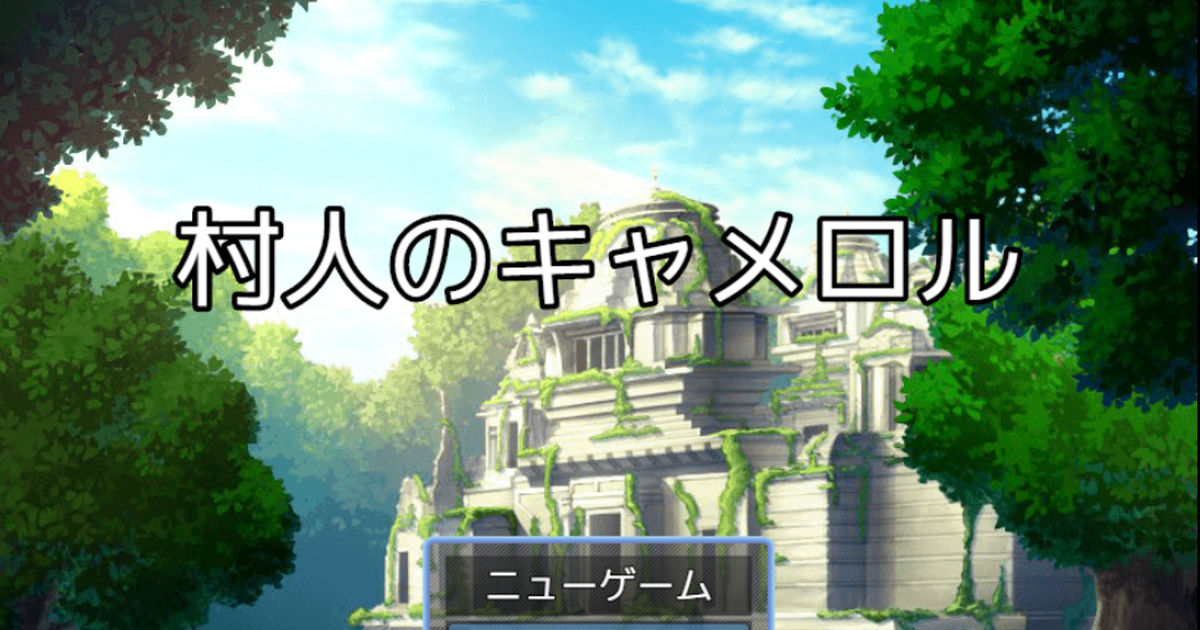 You need the pc location to be japanese if you want to play it,
I’m stuck with the first level on the village, I did the first 2 task from the green lady and the old man but seems that you need to complete another quest to trigger the next event. Any tips?

replying to be added to loop, hope somebody localizes it for us lol

I tried running this through Translator++ and for some reason only about a third of the translations appear to get applied properly when playing. We’d probably need some one more familiar with these tools to get a playable version out.

Translator++ only translates things that come with the base RPGM kit and not all of the plugins. I’m not sure if there is a way to translate everything unless the game happened to be unencrypted. If that were the case somebody could open it in the RPGM program and modify it from there.

And don’t bother trying to play it half-translated, something almost certainly broke if that’s the case.

What do we know about the game? Is it good? What’s the story about?

I was able to translate the whole thing so I’m guessing the issue is that you first need to extract with a Japanese language based extractor.

From playing I can’t tell if some of the functions are just broken or if they are not super well designed. Some of it is pretty damn interesting as far as minigame creation goes so if I take it apart I’ll mod a version that can be effectively played in English, but Idk if I’ll have time.

The pixiv post machine translated gave me the impression it is an experiment with rpgmaker from the dev. And is of course unfinished with missing features and possible bugs or non working elements. I of course don’t speak Japanese nor can I read it, but I would take the game as someone’s first experience with rpgmaker and set expectations accordingly.

So the game files have weight gain stages for like all the villagers and the sprites themselves don’t look like the ones Grimimic made so at least a little work was done here. But I think the cooking minigame is bugged and there’s something lost in translation on the order taking minigame. However I think the dude knew there was something funky with the order taking because one of the ladies straight up gives you the numbers to enter.

It’s interesting construction which is half the reason I want to take a look at it inside.

I played through what I believe to be a good amount of the content and its alright. I can’t say I’d really recommend it unless you are really into that RPG maker grind though. Less so if you are needing to use a machine translation. The writing it in my opinion its strongest point, though there’s almost no weight related content in that regard. If it were more fleshed out it could definitely be interesting, but judging from the author’s post this may be more or less what we get. It seems there are two other weight stages that are attainable other than what you start at, though getting it without cheating might be pretty hard. Weight gain is a bit slow and food is really expensive.

You awake without memories, being welcomed to a commune-y village by the shady village chief. You are given a house and told to help however you can. You can then do minor quests for random NPCs to gain favor (which unlocks ranks?) details about that are available on a note in your house, south of where you start. There is a combat area and a companion (at least one) you can recruit, but it seems pretty vanilla rpg maker. So far the only way I’ve found to gain weight is to eat a lot of food (a trick that seems to work in real life too!)

The picture below is the extent of the content in game I think:

So I busted open the game to figure some stuff out and boy was it more than I bargained for. I think the dude wanted to just build out the entire skeleton and then fill it in because there are way more maps than I was expecting.

Would not recommend actually playing through the game, the only real way to get past the combat encounters later in the game is to mod your save or grind so hard you become unstoppable. Instead you can just start a new game, go to the left side of the mayor’s house, click the book on the table, and get the max village level.

Also after going through it I’m not going to mod this game, there’s a laundry list of things that would need fixing and the actual game dev will likely do those things if they continue making the game.

I’ve played through a good deal of this game, gotten through the first 3 weight stages, the first 2 visual stages (including starting). Judging by the spoiler-hidden picture there is more.

I don’t read/speak Japanese but using a computer vision google translate API screen translator. There are a few of them but the best I’ve come across is Universal Game Translator. It’s pretty tough to set up and you need to make a Google API payment account (calling the API is free unless you surpass a large number of uses per month). It’s got a hotkey screen translate feature and can be used on controller.

Regarding the game, there’s some wg content that may have been missed by others:
Starting with the most hidden: In the mayor’s house, second floor, there is a mirror that the main character will remark about their weight when interacted with, beginning after the first wg nightly event. There’s also a portrait of a king that will start remarking on your weight when you get passed the starting level. Various town villagers start mentioning your weight as you gain as well.

Combat is impossible at first and you are not meant to go into the forest for a good while. Every job will increase your stats as well as pay out to fund your gain. Depending on the job, you will gain different stats (defense is essential, str is nice, you get get them respectively from feeding and milking the livestock). Some jobs pay a lot if you can do them well (cleaning livestock, cooking in the kitchen, and taking orders at the inn are all good paying starting jobs), but can be difficult with not knowing japanese. Cleaning livestock involves combat so don’t try it until you’ve done other jobs first, it’s not as bad as forest combat though.

In terms of bugs, I didn’t really come across big bugs until village loyalty 3, where the bento box delivery quest is repeatable but incompletable if you try to repeat it. Nothing too bad. At loyalty 4 the tool shop optional quest is bugged, when delivering the manure you are only able to collect one type, but the shop owner asks again immediately after delivering your first kind, and you can’t escape the item selection menu where you don’t have the items to end the dialogue. This is the first bad bug I’ve come across, but it’s in an optional quest. Gonna try save editing in both types of manure and seeing if that helps.

In terms of strategy, ordering gratin at the inn seems to be most efficient way to gain. Just shy of 4k calories for under 200G, and you can make almost 600G a day early game between doing an inn quest well (400 for cooking, 300 for order taking) and doing one of the easier barn quests (140 or 160 for milking/feeding, you can get extra milk to keep if you milk all cows though). Once you’re strong enough, the barn cleaning quest gets you 600 gold for cleaning ~all animals. Talk to villagers as you progress, they can give you quests that reward additional gold/items/stats/loyalty. If you go into the forest, until you can stomp the cleaning job I recommend running away from wolves. Even though you’re able to defeat them before that, the encounter rate is high and you’ll be losing more health than if you run. Even afterwards it’s not super worth fighting them, rewards are low and running still saves health.
Save often, there are some quests later on that throw you into combat suddenly, the earliest one I recall is the warrior in the broken down house taking you into the forest to collect wood.

How did you get past the bear at rank four? That’s basically where I stopped since the combat is just unbelievable unbalanced.

That was an extremely tough fight. I didn’t have any good healing items, and treated it as a DPS race. I used the recently learned defense lowering move (learned during a quest from the broken down house warrior lady, involves killing a wolf) to debuff the bear, and when I was about to die I threw my axe at it as a last ditch attempt (it stuns you next round after use), and it died. Now that I think about it, I think debuffs/buffs stack two or three times in RPGMaker, instead of reupping the debuff after it wore off I probably should have stacked it every couple rounds to keep it on throughout the fight and stack it. The NPC teammate, while too weak to deal damage, seems to cast a regen spell that counterbalances the bear’s poison.

I mentioned this a bit in my first post but I’m playing the game in Japanese, with a screen translator. I used Translator++ a lot in the past but I’ve noticed it occasionally introduces bugs and/or doesn’t fully translate everything, text gets cut off, using the respacing feature can introduce bugs, etc. Having to run the translator each dialogue is definitely clunky, but saw people mentioning bugs/difficulties translating on this thread so decided to go with the screen translator for this one.

Side note about the bento box bug: the quest is actually completeable on repeat. You can actually eat the bentos you’re supposed to deliver and still turn in the quest for completion. Meaning, if you want to, you can get infinite food for free (the quest bentos are 2000 kcal each iirc), though it does mess with your rank progression a bit because you also get 20 points towards your villager rank each time you turn in that quest.

Looking at the Translator++, and their patreon page through Kemonoparty(I’m not made of money, and this lets me just see if they updated or not), they seem to have a new tool added on, I’ll pledge for a month so I can get the new translator version, and this tool, and see if I can’t do something with this game.

I recently have not been able to work, so this will give me something to do other than laze around and watch random youtube.

Edit: Alright, it seems that it’s in the higher than $1 tier, so I won’t try the new tool.
But it seems they updated the wolf RPG translator, so I might give another go at translating that one fat furry game from way back

Tbh the current public version should be ok in theory. Though I can’t say for sure since I’ve paid for the version from like 10 updates ago. Although if you want to edit the machine translation I can just post up the one my version made.

I might make an attempt at fixing the machine translations, and the public version works fine for it.

Just took me a while to figure out why the injection wasn’t working right, so I just did the ol’ “zipped patch and drag-drop” 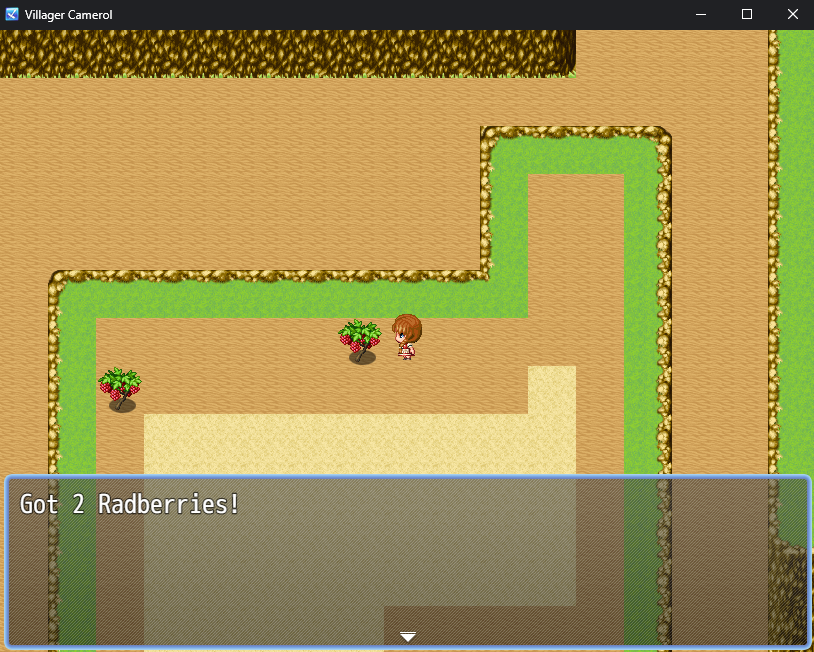