Arboria is a souls-like roguelite game where you play as a tribal creature going underground to
heal the roots of your sick tree god.
You are accompanied by a fairy who gives you hints much like navi, there is an… interesting visual effect where as you collect veri (the main currency of the game), it goes inside her and makes her bigger. 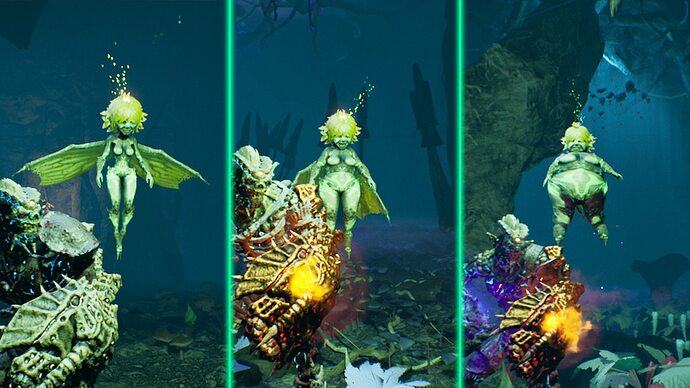 So far, the game is very good souls-like, but Rata, our fairy who serves as living inventory and later on, as a combat support, well her size is impacted by how many inventory slots are filled with Veri (this game’s equivalent for exp and money). There is no proof from my testing that she gets any rounder once as you unlock additional inventory slots. In addition, collected veri does not equate to size, as it becomes harder to to make her grow as you increase how much very you can carry.