So, recently 100% Orange Juice endorsed making mods for the game. (like skins and such) You can read about it here!
Plus, a close friend of mine showed me a rather… Interesting tweet

So, I was wondering if anyone here has come across something similar or is interested in making such mods for those of us that are less talented. (like myself)

Oh gosh, I remember that game. I downloaded it as an inside joke and never played it ever since. I’ll do some digging and see if I can find anything, But don’t expect anything.

(Edit): Did as much as I could, And yes, I know that was a bit fast. It seems as if the modding community is a tidbit too small for any proper work in something fat-related to appear yet. Makes it harder, given the tricky title searching, and the small online community size, compared to other modded games like Starbound.

On a side note, Although I’m not be a decent artist nor coder, I’d like to see what I’d be able to do. If I manage anything, I’ll say something.

There is a mod of one of the DLC characters, Sherry. It seems pretty good, though I personally can’t use it since I don’t have her DLC. Here’s the link to it, for anyone interested.
Currently, I believe you can only modify playable character graphics, so modding the game is rather limited, but pretty simple.

I Hold my point. I can’t draw for potatoes, nor can I mimic styles, so here’s a start. Tell me If ya actually want me to commit to it or not. 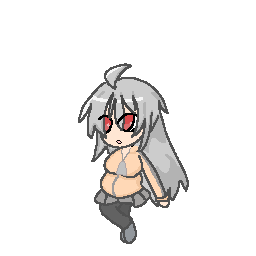 You can do whatever you want. I could give it a shot sometime, but I’m not too good at drawing either. >.<
I’m not gonna beg you for it if you don’t want to do it

Dang, the reason why the modding community is so small is because they used to be very anti-mod, or at least it was really risky to make a mod. The community has been active for so long that I think they otherwise would have modded it a lot. I’m not a fan of the game anymore, but I do think modding it could be fun.