Okay, so right now I am working on a small project, to test out some mechanics for a possible RPG with weight elements. Ultimately, I’ll work toward some of the ideas from an old topic I’ve created.

As a start, some of them are:

The vision is, that this is going to be a survival RPG like game. As for the world setting, I’m split between multiple ideas. For example:

The overall genre could be fantasy mixed with modern/realistic elements.
This project is a spare time project where I learn Unity and coding. I have already a character to use. There are currently no game yet, but I hope I can come up with something. I wanted to post this, to have a goal I can work toward.

For the project, i think the most unique would be the stranded island, because there aren’t many such projects having a setting like this. By the way, it’ll also be the easiest one since it does not need much events and hard mechanics, but still, it is your opinion on what idea you stick to.

P.s.: With being in the middle of the ocean, you can do it the Stranded Deep style: many small islands. It’ll help with optimization and world building.

I think this Unity project is a good idea and best of luck to you with the project.

Yo, excited for this. I think fantasy should be one of the themes and you could mix it with either of the other two if you wanted since I think that would be both cool and give a lot of flexibility to kinda do whatever and get away with loose explanations if need be.

I like the idea of exploring random buildings for things, that’s usually a bit of fun.

I would be down for the game to be set on a stranded island. Definitely a lot of potential there

gonna repost this on every project thread even remotely interesting 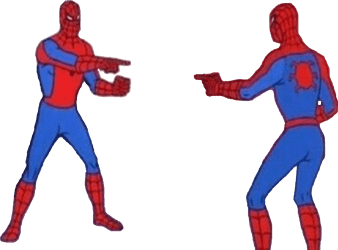 Yeah. I too have been thinking about that the island would make it more manageable.

Hey everybody.
I have been busy in the past weeks working on a physics-based character controller in Unity. So, I had not quite got the time to create a preview of the character before now. But this is what I’m going to use for this project.

It uses shape keys for thickness. But it also has muscle, hips, chest, and fullness shape keys. 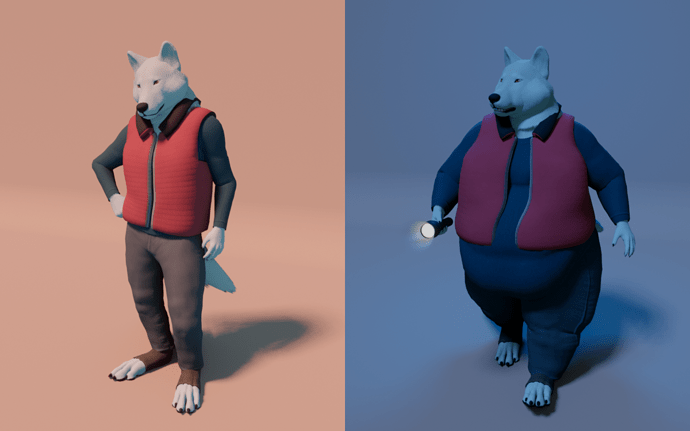 It’s the plan to use the other shape keys with their respective functions in the future. But for now, the weight is the first.

The model is looking awesome! And the fact that there’ll be more options for player body building is great.

absolutely loving this character’s design! really interested in where the game goes from here, and i can’t wait to see more!

Been a long time since there was an update but I figured I would drop in and ask if you’ve learned anything from doing this project. I’d like to implement a similar system in a game I am working on.

Man, it’s been a very long time since I posted an update.

In that time, I’ve learnt and still is, C# programming with Unity, built small projects with Unity’s learning programs. Watched tons of tutorials on you tube and used that knowledge to piece together the code that make all these functions work.

What I work on right now, is the need gauges for hunger and thirst plus some code optimization, something that should make it a bit easier to implement functions in the future.

The functions that work right now is:

Some of the C# stuff I use to make these functions is: Methods, Interfaces, Scriptable objects (I think), Events.

NoobTips (just to call it something else xD):

When experimenting with assets, I can recommend starting a new project, sometimes assets can cause weird bugs and it can be hard to track them down. Also make sure to take backups of your project and make versions of your scripts.

@Full_C I hope this update can give just a little hint on how it’s done.

If not, I’ll try to explain at a later point on how I made the weight and metabolism system.