A game I am surprised hasn't been modded

So after seeing starbounds big fatties mod I got to wondering. Why hasn’t rimworld been modded? I mean I have seen large sprites so its not like it couldn’t be added and with the farming and cooking aspects of the game being a colony survival game it would have some base to work off of?
and no I won’t be able to this my self. no programming or art skill

It’s definitely something I want to do at some point. I tried to dive into it earlier this year, but I quickly learned that I need to learn some of the C# basics + Tynan’s variable structure to get things done without ripping my own hair out.

But like I said, I’ll probably get to it at some point, which will have to be after I’m done with my VN game and some other things.

oh what kind of ideas do you have for it?

It has been mentioned here before (I think I did at one point). From what I recall, the difficulty stems from hard-coding in the body shape system, which has also limited other mods. Without visual feedback it’s a lot harder to get invested in a WG mod project involving the code demands Tightfit describes, though it is certainly doable.

ah ok. like I had said I never learned programming so I didn’t realize

Let’s see here, for the basics I would want:

Then once the core is in order, I’d start to think about:

These things should be possible, as I took a glance at the FemaleBB BodyType Support and Surgical Body Shaping (SBS) mods that modifies and add body types. But it’d be a while before I’d get to modding this, probably.

RE; bodies, this one might also be relevant. I remember researching it at one point.

There’s already a bunch of mods adding new food types, plants and better farming, some of which I have used or intend to use in the future. Cooking mods as well. I’d propose working with those rather than trying to remake them from scratch. Traits are also straightforward, in fact most of those optional things would take far less work and could be handled by other coders less confident about their abilities, once they figure out how existing mods work. I wouldn’t worry too much about textures as there seems to be no shortage of people that can do those here, lol. (Incidentally, I haven’t used body texture mods since most of them clash with the vanilla aesthetic, I tried the facial mod but it had compatibility issues with other mods and went too far into the ‘uncanny valley’ for me)

It’s mostly case of getting those ‘core’ elements working having effects applied to food items to make it work. Buffs and debuffs are probably easily done via treating obesity as a disease with multiple stages, similar to how the game handles addictions. Which incidentally, makes things like food addiction and whatnot a pretty tempting proposition…

Scenarios are also something you don’t need to be a modder to make.

In fact, I think that’s the most important thing to see when you look at mods like the Starbound one. Big Fatties took and has taken a lot of time and effort to get the basis system working as planned. It’s only after that was built that modding WG-related stuff into it took off. Modding that specific part of Rimworld is more difficult than a lot of others but once it’s figured out people tend to realise ‘oh hey, I could do stuff with this’ and show up seemingly out of the blue.

The majority of people on Weight Gaming tend towards waiting for someone to do the ‘hard bits’ for them, (which I’m a bit guilty of, though I’ve tried to help with things like CK2 or translating that French game).

Using pre-existing mods as a backbone would definitely be the easiest way to do most of these things for sure, but I kind of want to make the mod be able to stand on it’s own legs, but that attitude may change by the time I get to working on this. My artistic vision!

And yes I feel like the mod won’t be that difficult to make, once I understand all of the programming language and variables, since a lot of it will just be changing values in xml files to fit with the theme.

If I may when/if you make it one mod that it should have some sort of add on for is bad hygiene a mod as the name goes adds a hygiene system. aka washing and using the bathroom and if you went with the immobility they could do nether. so even a add on that turns it of for some pawns at a set size could work (not every pawn usses it android teirs another good mod for this idea but more just plain useful. said androids don’t use the bad hygiene sytem. being robots and all)

I know which mod you’re talking about, since I tried it out myself for a little bit, but I don’t know how keen I am on making an addon for it. That said however, I might feel differently when I get around to making the mod, so it’s not impossible for it to happen.

witch mod do you mean I talked about two? 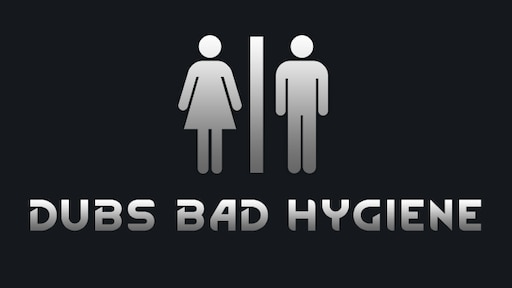 ok yeah the only thing I thought of was the fact they would have problems if you went with the immobility path.