Long Form Tutorial
Lena somehow landed in a weird land with lots of fatty food monsters. Avoid being hit!
Collect the star to level up and get to the next level.

Currently there are 4 Beta Levels. I will create more levels/edit these when I found an artist for this game.

NOTICE: I am searching for artists. I do not own these images - these images belong to their rightful owners.
Support/Feedback/Bug reports appreciated

a suggestion would be to add a restart button

Restart button won’t be an issue. Will be added when I upload the next version! 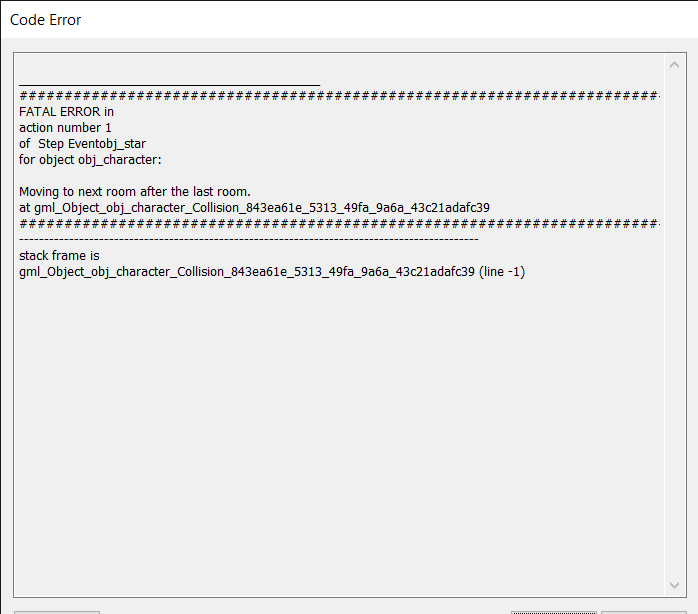 Did this happen after finishing the 4th level?

yes
it did
happen after it

looking good waiting for the update

I really like the concept of this game! There’s certainly a ton (pun?) of potential here! I would love to see this game improved. Think in the future we’ll be able to see her get even bigger maybe? Regardless if we do or don’t, it’s certainly a great concept!

i recommend at least linking back to the creator of those sprites so we can give credit where credit is due.

Avoid”? Where’s the fun in that?

I guess this time it is something different to the other games you know.

i recommend at least linking back to the creator of those sprites so we can give credit where credit is due.

Yes, I will search for them. I would prefer having a designer creating the sprites specially for this game. Then I would be on the safe site.
I plan creating new levels when I have my own designs for this game. Meanwhile I will only create new stuff like: new monsters, items or a story maybe.

CasualObsessive User Profile | DeviantArt this is the lad who made the gifs.

Added a PayPal E-Mail in the original post (PayPal.Me) for collecting donations. Donations will be effectively used to purchase art for the game.

So, something to note: you can go off screen, which makes getting around some enemies trivial. Likewise, some enemies are posted offscreen, so you can’t defeat them without going offscreen yourself.