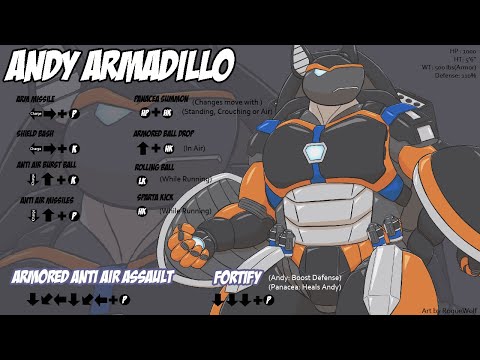 Andy is the 17th character I’ve worked on. He is a defensive character meant to be a nice contrast with the last 2 Rush down characters I’ve done. He has an extremely busty assist named, Panacea, who will affect the match by potentially backfiring or giving fantastic support.

In terms of fat-centric focus, this character is relatively tame. But content he has in relation is: Fat Fur(Panacea), Hyper(Panacea), Squashing (Panacea), and lactation in a PG way via the milk Jugs being knocked out of her.

The Video will show the ins and outs of the character, and you can play him in the stand-alone project “Crushing Force” or add him to your MUGEN build.

Hey, could you get the officials of this forum to rename this section to Crushing Force?