I found this homebrew system of D&D5e a while back and thought it sounded fun but unfortunately haven’t gotten the chance to play it. Is there anyone who has played D&D using this system and if so did you find it enjoyable?

I played with it for a bit. Found some…well, aquaintances, and we ran a pair of games. It was… well, we didn’t get very far (scheduling conflicts) but the different pieces fit pretty well. The add-on meshes well with the core game rules, and it’s not too hard to adjust rules to incorporate rules and weight gain.

Biggest weakness, as far as I can tell, is that the product is still fairly incomplete. If you want to run (or enjoy) an ExpanD&D game, you’ll have to build a lot of it yourself.

I was almost in a group but it quickly fell apart due to scheduling conflicts and our session 0 being a bit of a disaster. At the time I was really looking forward to playing some D&D again since I haven’t had the opportunity to actually play much. It seemed like everything as far as the rules for it were put together and complete. By incomplete do you just mean that there are no adventure modules built using the ExpanD&D system?

I was actually referring to the lack of enemies. I tend to homebrew foes a lot, but it’s helpful to have a compendium of examples to follow, and the current reference doesn’t have that. There’s also not a ton of magical items and artifacts to use; the introduction of magical food is definitely win, but fat-based weapons and armor are severely lacking.

I see what you mean now. Having enemies to take advantage of the weight/feeding system would be something needed to keep combat in line with the whole idea. It’s easy enough to think of stuff like slimes that could have attacks where they use parts of their body to fill you up but coming up with an array of foes to utilize the new skills and spells would take some time.

I don’t know, although this kind of game will get you out of your box, mixing a personal thing in its purest essence with something for more than 2 people doesn’t seem like a good mix to me, especially when you NEED people there with you, it’s not as easy as it sounds, the internet makes it a little easier, but not so easy. and i think miss the point of D&D? idk maybe it’s just my introvert butt speaking for me lol

Nah, online play can be pretty fun. In person is best, but if you can get a bunch of people together via the internet… Well, I’ve been playing fetish games with some good pals for maybe six, seven years, and that’s been pretty great. Don’t see why the same couldn’t happen here.
i mean, i personally don’t like it getting too explicit, but if everyone agrees on the fetishes then there’s not a lot to worry about.

In fairness, not every enemy needs to be ‘i’ll fatten you because I’m evil, woo…’ Things like hostile wildlife, traps, environmental hazards… all very common in the other books, and easily adapted to the weight gain theme. Just give the tigers and dragons a big belly paunch, turn the avanlanche into a bunch of sugar rocks, and make sure the traps feature plenty of…stuckage.

Just wanted to share, there’s currently a couple of Discord servers that use (though edited to tailor to their world) ExpanDnD’s rule set. In case you’d want to check them out.

I don’t own or run either of these, just an FYI.

This one has Weight Gamers in there, and a couple are mods:

This one starts at level 10, but they also use the ExpanDnD: 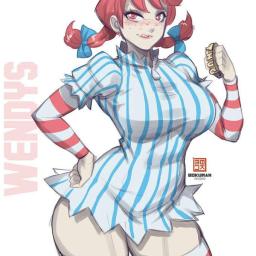 Check out the Fetnecia community on Discord - hang out with 19 other members and enjoy free voice and text chat.