ARE YOU READY FOR SOME SUPER-SECRET WIP’S!? 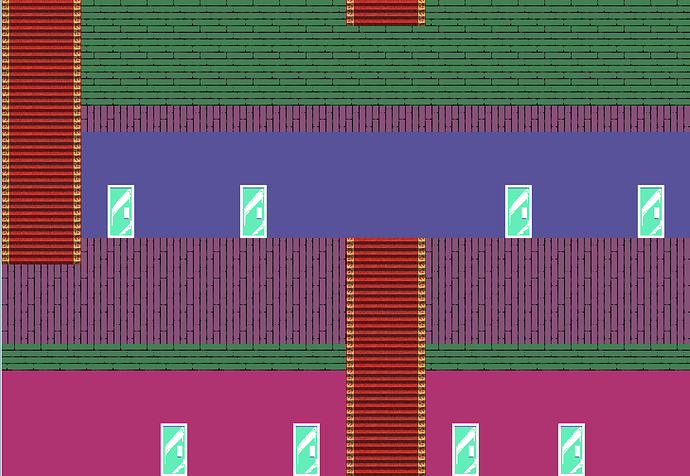 Okay for real I want to post some (keyword: some) of the artwork in development as I get to it and this seems like the best place to keep it all in one place. I’ll post some of the already-seen stuff from the demo and more as I go along. Feel free to ask questions~ 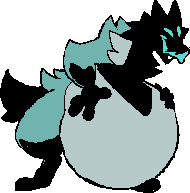 Wolf and Foxy were some of the first sprites I did. I was trying to really nail down the wacky style I wanted to use for the rest of the game. I really digged the idea of giving all the enemies shadow’d faces. Overall, I feel like none of the other sprites so far really hit the style as well these guys. But maybe that’s just because they’re simpler in design than the rest. 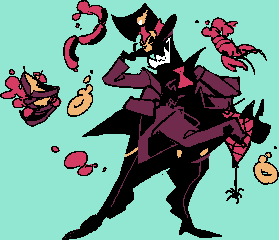 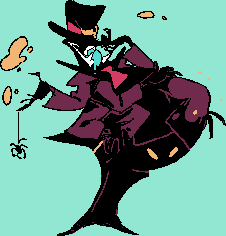 For the witch-doctor I tried to push for new, more unexpected body shapes and colors. I feel like the posing of his sprite and limitations of the pixel art don’t quite show off all the detail of his design but that’s my own fault. I opted for this sort of violet-red/orange-ish color scheme as my gut instinct said “purple” but that was too easy and obviously calling from other media. I wanted to find some more unexpected colors for a spider/voodoo-doctor combo. 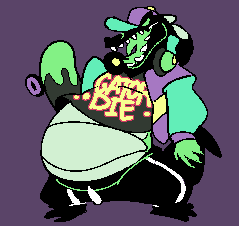 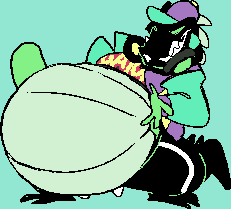 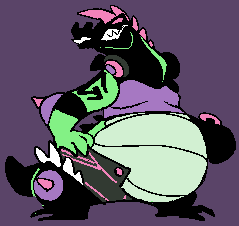 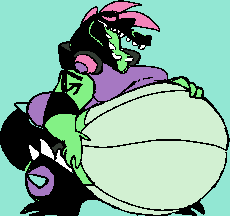 The “Gaters” have been a favorite so far from what I’ve been hearing of yall~ And I’m so glad too, I love them so dearly. I forgot what really set me off on the idea to make these radical gaters but it was divine intervention. They were going to be so bland…what’s more they were the first more “silly” idea I had (back when the game was more reasonable) and it really got me thinking “Hey…I can just do whatever I want with this world huh?” and boy I’ve been taking my own advice and running with it. 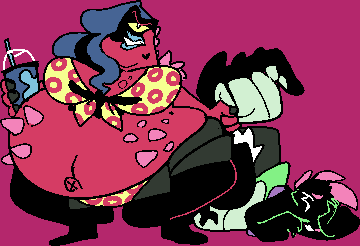 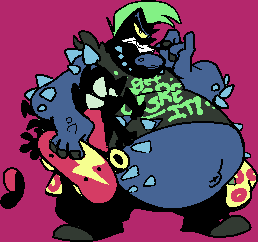 So much to say about “Bebsi” and “Boca-Bola”. Yes, the inception of “finding an ogre in a swap” absolutely came from a Shrek joke lets get that out of the way. The meme-ish names came from my partner jokingly offering “Bebsi” when I asked them for suggestions. And they should really know better than to do that.

'Bola dragging a swooning Gater-Chick behind her is a direct call-out to all my gay friends who retort “step on me” to every powerful woman that enters their lives. Many of them did, predictably, react as such when I revealed 'Bola to them for the first time. 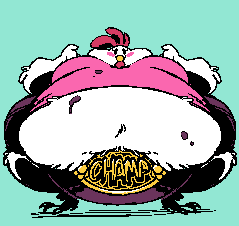 Polly was supposed to be one of a series of “eating contest champions” each with their own different food to contest with. That all ended up being too complicated and it was scrapped just to Polly. My partner suggested the idea for her and then joked about her being the wife of the announcer which then became cannon.

Originally Polly was the chicken-wing eating contest as a morbid joke but without the other contest options I figured it wasn’t really as funny and pie-eating contests fit the trope of the game more.

WELL THIS IS THEM TODAY: 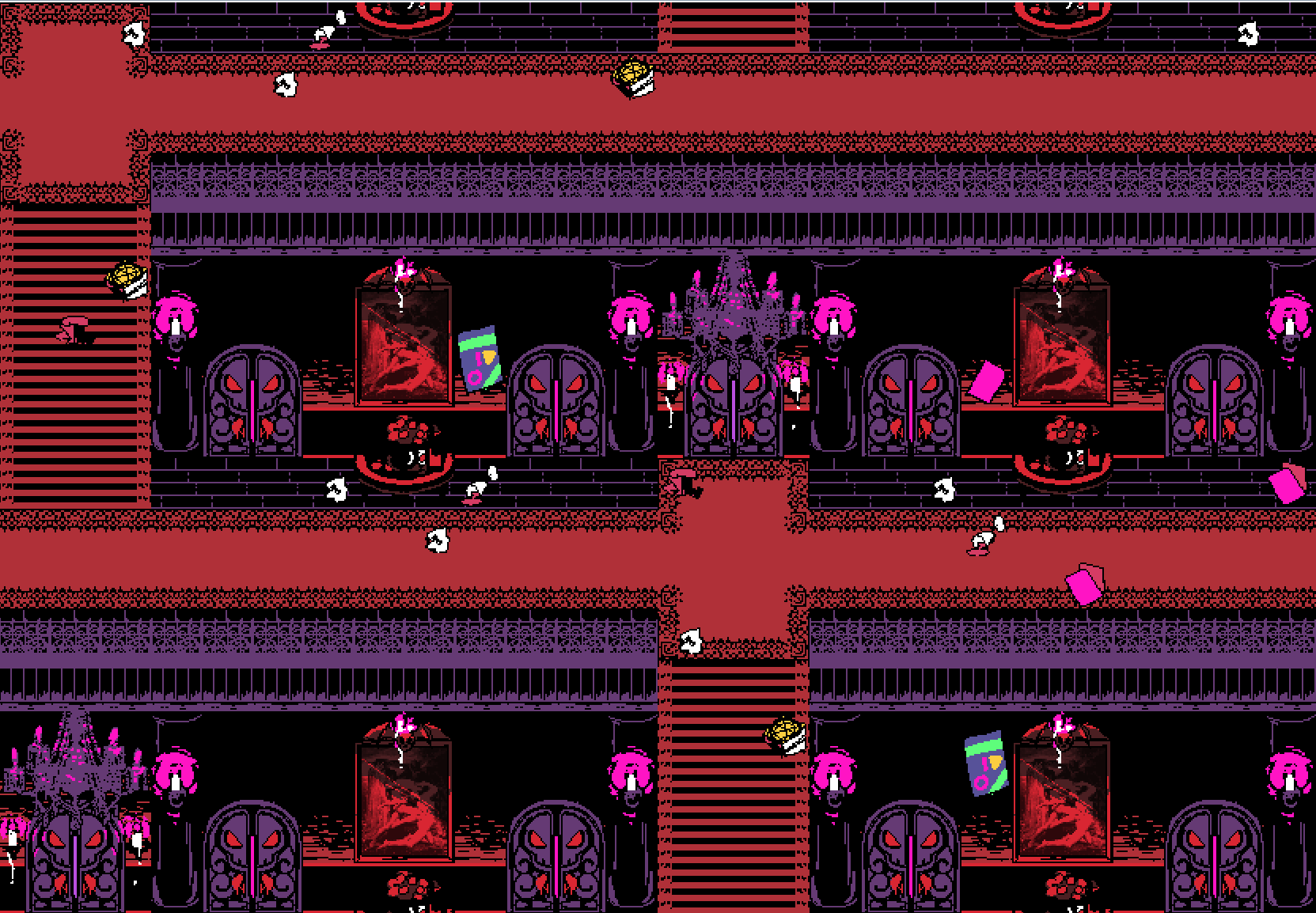 Unless you talk about player sprites then no. But that is some good progress here. 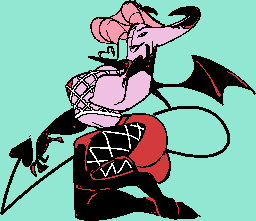 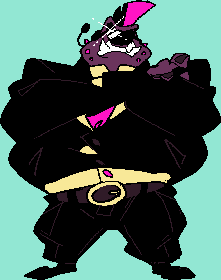 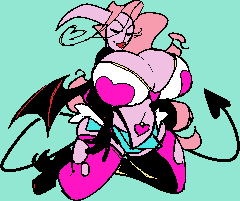 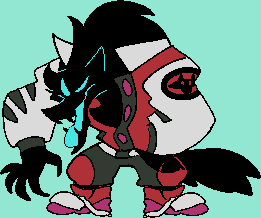 Hey yow wowza check out these doods!!! Get ready to brave a frathouse of devilish douchebags in the next update coming soon~

Dear me, I certainly can’t wait to eat (and be eaten by) all these handsome boys.~

HEY so we’re actually coming up on some serious progress for the next release so I’m gonna start dropping more stuff in here (now that I actually have stuff to share!) Check out these fancy splash screens!!!

I don’t want to spoil too much of the game just yet. But if there’s anything in particular ya’ll wanna see (besides the character sprites. Just hold off on that) feel free to ask~

When is the next update?

@MegaAudio99 please remember the rules outlined in the FAQ section. Please do not ask devs for updates on when the next release will be for their project.

This art is incredible!

looks reeealllly good man and good luck for the future