Found another Japanese RPGMaker game which looked incredibly promising, and played well, but the creator’s already discontinued it.
Wondering if anyone would be interested in contacting them for modding permission, as this really has potential.

I can try and give it a quick and dirty translation

And here we go, as per usual with Translator++, word wrap is non-existant.

I’m currently doing a translation based off of the translator++ base but it may be a bit before it’s done. I’m also adding my own comments here and there just so people who will play won’t get confused because of the author’s comments.

These japanese games are always rad. Excited to give this a shot and for that new translation.

So what exactly is there to do in this build?

You eat and go to sleep to gain weight. The progress is slow and there’s only a few events for weight goals. At around 100 kg you can become a cam girl and walk speed is effected. I dunno what’s past that tho cause I got bored.

It’s pretty simple in execution, it’s a day by day do task for cash, use cash to get food, then eat food and go to sleep, then repeat process. Initially it starts simple with the character just drawing for cash then going to the market and getting food. Apparently you can gain more if you stockpile food and don’t leave the house for extended amounts of time. You can check your progress by checking the measuring tape in your important items, aswell as your calorie count for the day.

When you reach the 100 mark you can be a cam girl like the guy above said by using the “delivery” choice under the job choice at the computer. You can also use the phone at the top left of the house to order for delivery from pamphlets you get from browsing on the internet on the computer (random chance of getting one, so far there’s only 2 pamphlets I’m aware of). 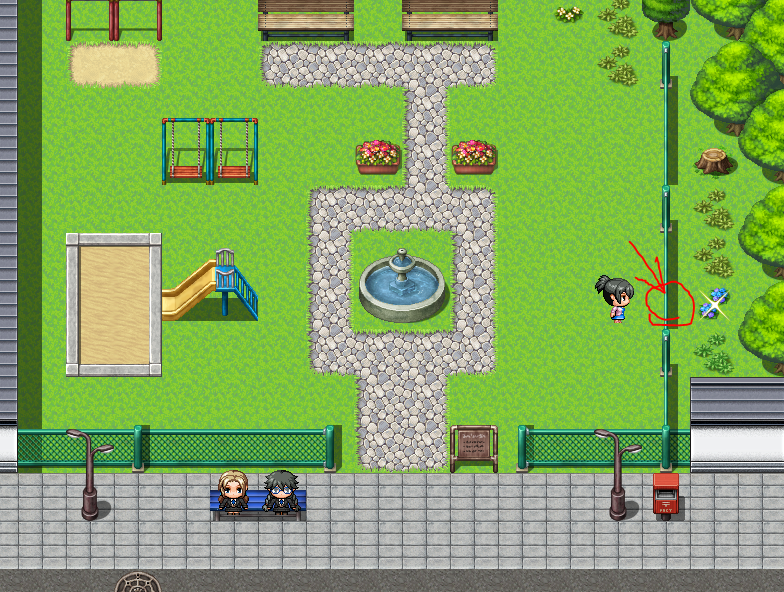 image784×592 250 KB
It gives you a key to interact the shop at the left of the market that you can only get in if you have a weight of 150 or more, you can’t get the key if you reached 150 without interacting with the fence, so make sure to get it early.

It looks like the character only gets to the maximum weight of 200 (at least for descriptions).

Honestly, I don’t think this might really be worth modding. Since there’s already a few other games that has done this recipe of doing tasks over the course of several days for wg (example being feeder fantasy, and princess goblin). I don’t mind this versions type of gameplay loop, nor do I think anyone’s tired of this type of gameplay loop. But I think if a person was going to try to do something of this vein it might be more worthwhile just creating your own original game with a similar premise. Rather than try to mod this version.

Alright so I wanted to update you guys on the current situation.
Long story short: As I was going to export the project my PC crashed, causing the whole translation to get corrupted to hell and back and erasing all my progress. Now normally I would just grit my teeth and do it all over again, but there really isn’t much here that would be worth me redoing all of it since it is quite literally the loop of get money-buy food-eat food-go to sleep-get fat. If anyone actually decides to expand on this and therefore gives me some incentive to do all of the translation work again I’d probably do it again but I honestly think that it’s not worth the time and effort in the state it is now.
Sorry y’all but sometimes the universe really just says No and that’s it. Still, I hope that maybe someone will at least get some ideas from this.

That sucks, but don’t worry about it. Hope that never happens to you again.

Eh it’s fine really, at least I didn’t lose anything else in that crash. Again, there isn’t that much there to
begin with so I don’t see it as that big of a loss all in all seeing as the machine translation is usually fairly ok in terms of understanding the “plot” and what you are supposed to do.

A little sad this got discontinued, cuz I’ve practically maxed out the weight levels: 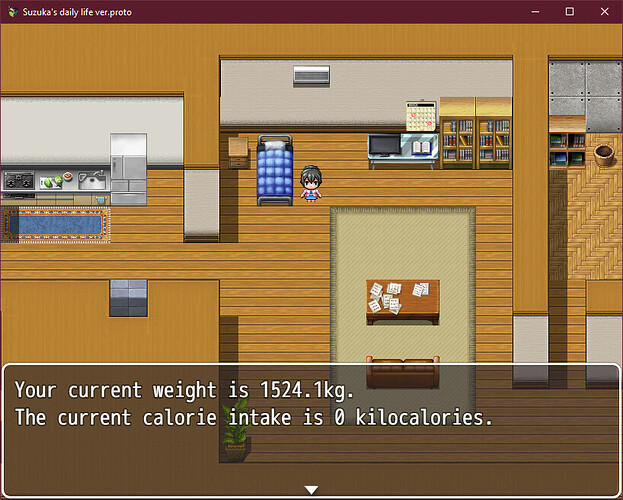 (Spoilered just in case)
And the descriptions stop at 200kg, where the weight levels stop at Piece of meat, plus I don’t know what the 150kg+ store is for besides the 5 prototype drinks, since you can’t get anything else from the guy there.
All in all, this had plenty of potential to be something of an incredible slice of life WG, even XWG, RPG Maker game. I do enjoy that the weight gain can just spiral out of control, leading to gulping down the max amount of industrial lard. Hopefully we can get more games in this vein, cuz it’s definitely a good source of good gaining descriptions if nothing else.

Very good summary there, it’s a real shame that the creator’s decided to kill it.

Edit: Having checked the Twitter thread again, they seem open to people using it for inspiration:

Yeah while this game isn’t much we haven’t seen before I appreciate it for the fact that its in a modern setting alone. Plus I enjoy these types of games especially because of how grounded they tend to be in “Woman is surrounded is put into a situation where she’s surrounded by food and the player pushes them into bad choices” its a level of simplicity I kinda wish we had more of.

sorry for the bump, but im going to see if i can get the author to give me perms to expand/work on the game.
wish me luck boyos.

update: it would appear as if ive been ignored. probably should not have used my alt account.