So a few art buddies and I are getting together to make my first rhythm game, that plays similar to Parappa The Rapper, but with only one required button, and many wacky gimmicks.

I uploaded a prototype previously to dip my toes in the water, and now it’s getting the polish it deserves!

You are graded by your size at the end of the song, which are usually very brief, and you gain weight by hitting Donut Beats and lose it by missing.

Also, the game’s gonna have a lot of ridiculous hidden stuff and swearing, for humor purposes, as well as the ability to toggle things off like burps and sweat for those not into it.

The game is VERY early in development and I release test demos to the team.

The protagonist’s name is Vee Gee, and she’ll meet all sorts of her other friends (and foes!) as she just sits there and games & gains all day. 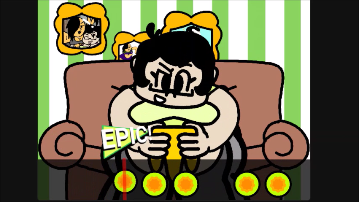 I’m also making this in TurboWarp, a mod for Scratch, that lets it be compiled into executables & be interpolated in 60 FPS.

Here’s a video of it in action. Things have been and are still subject to change

@That_Dude_VG
Complete sprite overhaul, plus weight gain grading mechanic! (Some assets are subject to change) https://t.co/gqcclrBehL
1 Like
Godoffurniture April 29, 2022, 7:55am #3

I like it, I’m looking forward to it’s release

That’s good to hear! A DEMO should be up in a few days, give or take, right now all that’s public is a prototype that doesn’t have the main mechanic. The prototype was just a test on the charting & stuff lol.

And also, no need to worry about the whole “It’s not overcharted, you’re just bad” shtick, my engine prevents bad charts from being possible 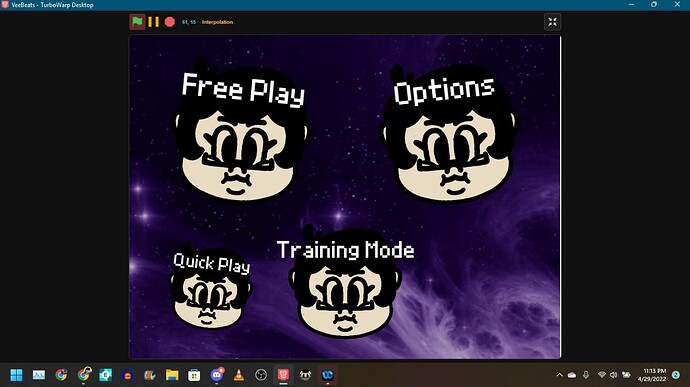 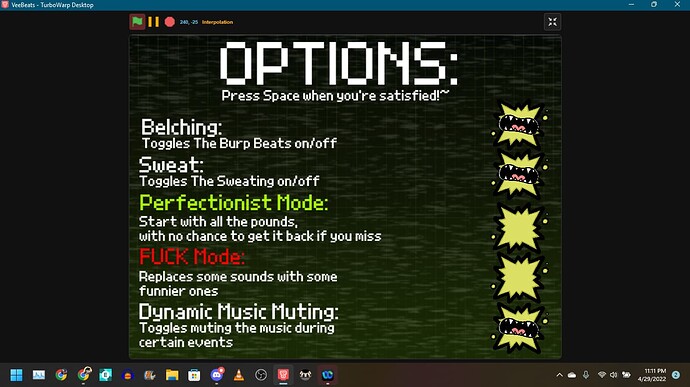 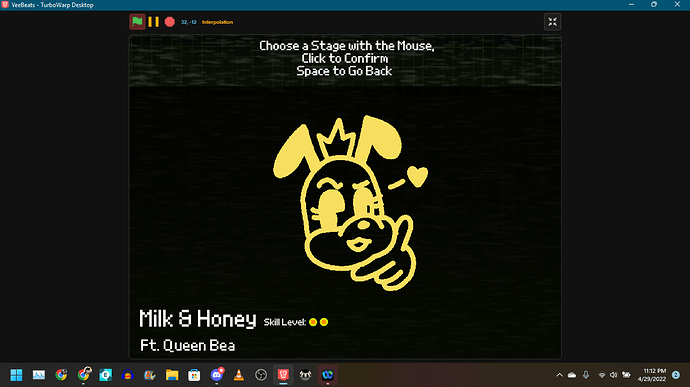 Screenshot (101)1366×768 302 KB
There are going to be 8 total songs to jam to in this upcoming demo, including 5 original characters, old and new, including Bea (Pictured) who previously made her game debut in the 9 Grand Queen Project, featuring a brand-new remix of one of her most iconic songs from that game.

There are also 3 collaboration cameos from 3 different kink artists I am buds with.

That’s all the news for now, thank you!~

The first REAL demo is out!
This is not a drill! 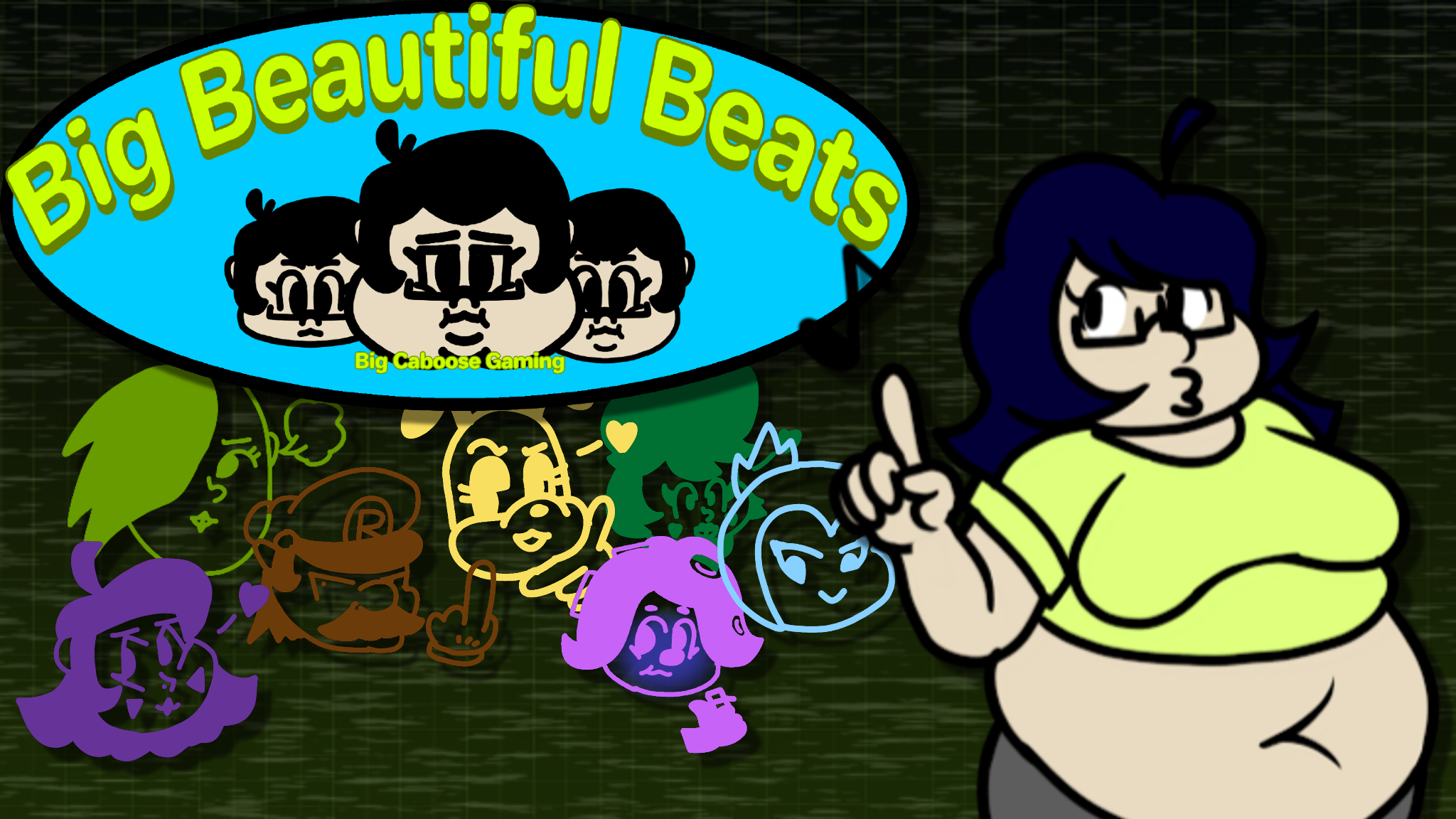 Since this is tagged male, will there be male weight gain in this?

Just played the demo, and I must say I’m impressed! The art is so cute, and the gameplay was easy to pick up and learn. I’m looking forward to what’s instore for this project.