Finished this little runner.
Run from the slime, eat sweet blue berries to refill sprint (shift) and yellow berries to keep your weight down.
My UI is a bit odd. Press one of the bushes to start playing. Each one is a difficulty mode (red being extreme and green easy).
On the downloaded version press the lights behind the tree to close the game. 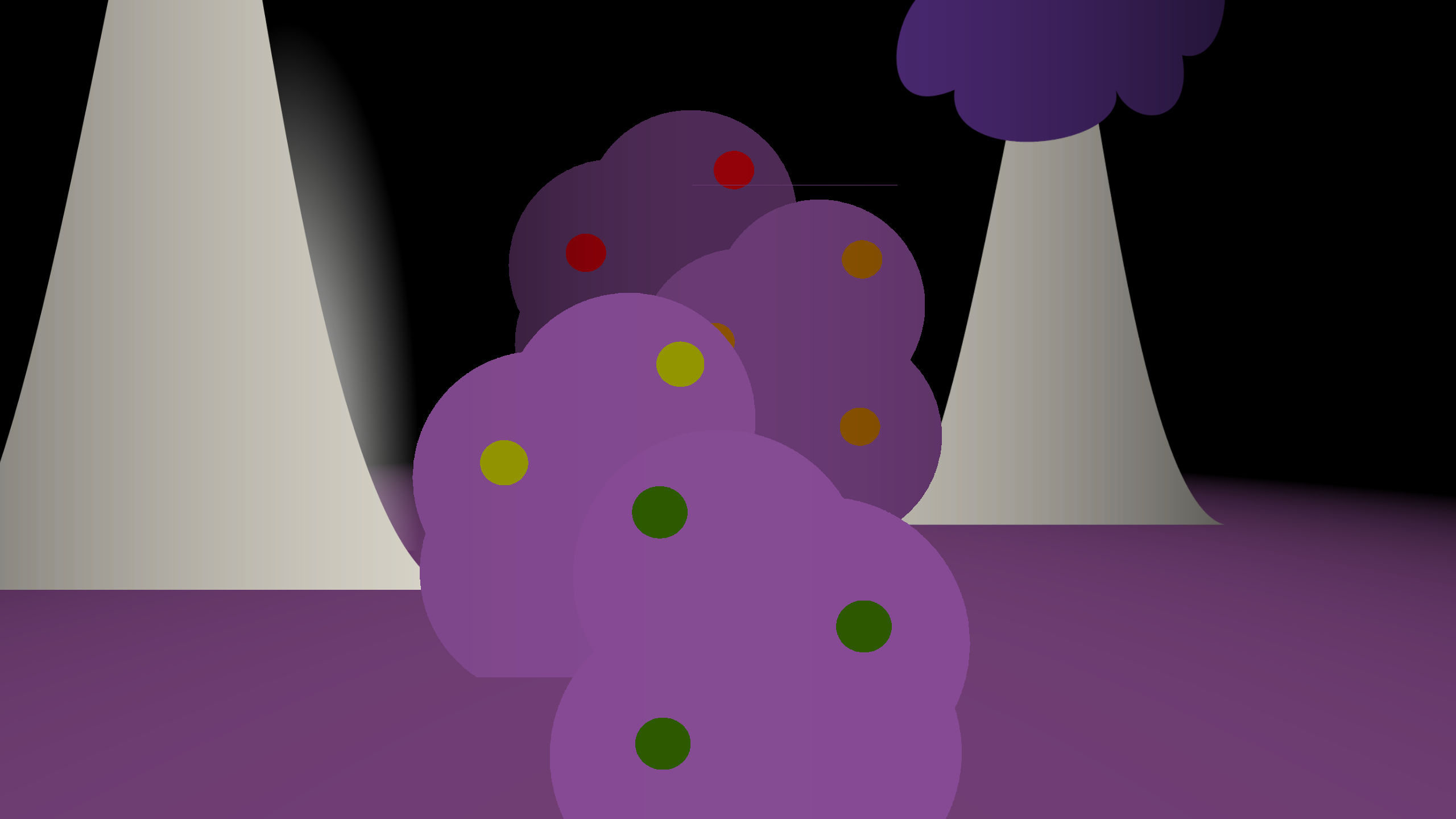 Run from the slime. See how long you can survive

EDIT: updated the game so the mouse works better on the menu.

This game is very interesting! Though the lack of end goal, ramping difficulty or scoring system makes it a bit pointless to play on earlier difficulty settings.

It also brings to mind an old concept I had, namely how difficult it would actually be to survive in Candyland.
For starters the sheer concentration of sugar would be toxic, and the relative lack of real nutrition would heavily weigh down on you before long. Even the drinking water is soda or lemonade and you would get no actual hydration from it. If you wanted to survive there for long you would need to find a way to extract most of the sugar from everything and find a diverse enough range of candy to extract enough vitamins from so you don’t catch scurvy. Not to mention all of the available building materials are made of sugar, so if it ever rains everything is going to become super sticky. A lot of potential there I think.

Funny you say that.
I have been considering doing a frostpunk like game as a sequel to this one.
However a game of that scale is quite a bit bigger. Without an artist I cautious of going down it.
Also 2 games about wg could get a bit weird outside of this space and I’m not going to hide if I make anything as large as frostpunk.

Make it a “colony in hell” type of game that just so happens to contain gluttony along with the other sins.

That should mask it well enough.

I did once try to brainstorm the sins concept with another creator. Issue we came to is gamifying all 7 is hard without making the fat bits a minor footnote. You can’t pair off them off either.

One idea that I did consider was capitalism. You play a CEO leading a colony on a planet. You use food & lust to keep people complacent and warp their bodies for your uses (bit of body horror human machines). That is still a large and very adult game.
I’m going to focus on working on group projects for now.