I know some time ago someone posted something similar, but instead of games with character creators on it I’m looking for games or software whose sole purpose is to make characters, be it for other games, animation, or whatever.

Right now I can think of two examples: Fuse and V-Katsu, which are available on Steam for free. There are methods to obtain the 3D model of the character you create in those softwares, which is very helpful for me, because I’m not very good at modeling. Sadly, this two character creators don’t have many options to make a wide variety of fat characters, but still I think these kind of character creators are a great tool for making games and I was wondering if anyone knows of any other character creator with options for making varied fat characters from where I can get assets for my projects (it can be a 2D character creator as well).

I don’t think the models are made in VrChat and you might get in trouble for using a model someone else have made.

I think the best would be to make a model in Fuse or V-Katsu and then edit it in Blender. it should be a lot easier than making a model from scratch (you will probably be a bit restricted in how fat the model can be).
I could make a tutorial of how to do it if people are interested

Yup, vrchat models are made with blender and unity.

Ohohoo, you know we are definitely interested in how to do it

I definitely appreciate those who try to foster learning. It’s vital. I told someone earlier that teaching isn’t just for the sake of teaching; it’s for the sake of spreading knowledge by extension-the students becoming adept enough to share what they know, and make the world better in the process.

Oh, I’m absolutely interested. Blender scares me sometimes. Whenever I try to export a model from Fuse or V-Katsu I always have a lot of problems with the textures that I don’t know how to fix.

I have looked into how it’s done with V-Katsu and I think I have it figured out. it’s a bit complicated and takes more time than I thought it would but it’s not too difficult to do if you know how to do it. hopefully the actual editing of the model wont take to much 3d-modeling skill so it can be done by basically everyone.

the model slows down blender a lot for me, I don’t know if when you export the model into a game engine it will be optimized. otherwise the model will probably only be useful for pre-rendered sprites or something similar. I’ve seen people use the models for VR chat so it should be possible to solve though

I use Daz Studio to create the images for my game. The program itself is free, pretty straightforward to use and you get enough bits and pieces with it to decide whether you like it or not.

If you do like it, there are many thousands of assets out there to download and use. Most of them cost money, although they’re often heaviily discounted, but there are some great freebies out there too.

In a total side-subject, about the game Blade and Soul, I discovered on the web site BNS buddy a mod making possible to change body scale range.

I made all NPC and Player Characters looking more chubbier, it’s only client side, but it improve the game experience a lot, for me !
Here is the link of the tool :
https://www.bnsbuddy.com/threads/xml-slider-editor.1077/page-2

Example of an NPC in the storyline, before: 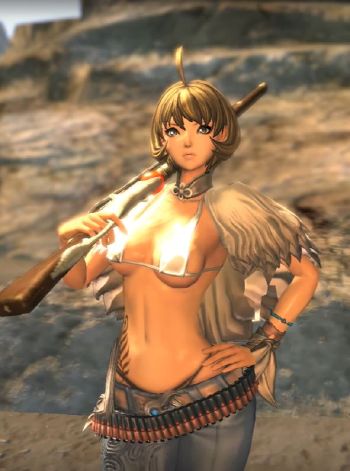 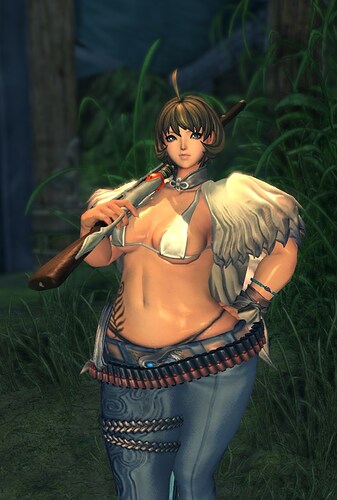 honestly i just draw them in sony sketch