(I’m still new so if I’m doing something wrong, please forgive me haha.)

Back in 2019 I made my first RPG Maker game (and it’s still technically unnamed). It’s pretty rough because I haven’t touched it since I finished it and I literally forgot everything about RPG Maker. My computer probably couldn’t handle me working on it now either. I didn’t have anyone to test run it for me either so there’s thaaaat…

Anyway, it was fairly straightforward I think. You play as a priest who has ascended to heavenly levels so he works face to face with one of the Gods and God’s like, “the slates of the Gods have gone missing, Core. You must retrieve them cos people can do bad stuff with them”, so you go back down to Earth to get them back and, surprise, monsters (who all happen to be anime-esque boys) have gotten fat because of the power of the slates running amok. 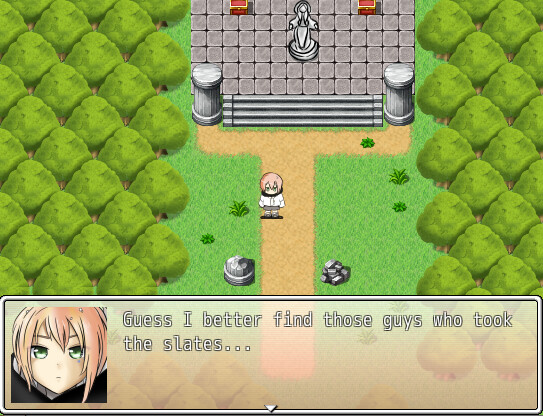 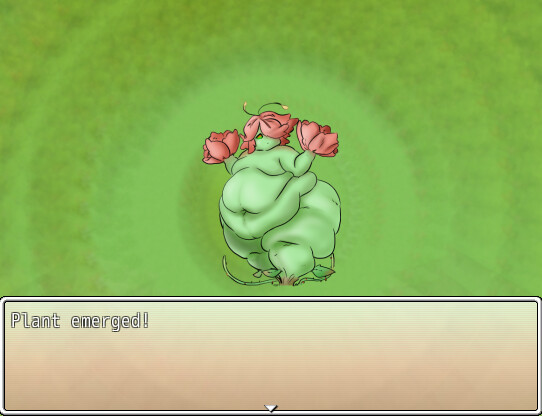 I actually didn’t get to go into detail about the lore too much in game at the time so I hope I can remake this one day and make it cleaner and just overall better.

Well, anyways I’ll post the link to the old thing. If you play it I would still appreciate feedback and stuff on it. If I can, I might try and fix it up sometime and make it easier to play if anyone has problems with it. I’m also thinking of redesigning some of the monsters, if not all of the characters. (All of my mimic characters look exactly the same and that’s no good…)

This might just be me going blind from too much time playing these kinds of games but the white text on off-white background is pretty hard to look at. Is there a way to change the menu colors somewhere I missed?

I just finished it and I have to say I enjoyed it. It’s really nice to see a game with male characters since It’s not a common sight here, I also really like your art so seeing it in a game was nice as well.

No, sorry about that. I’m definitely having some difficulty with that myself.

how do I get past 3rd section?

(Whoops, I think I replied then deleted it.) 3rd section? The Holy Forest 3rd section? You just need to clean Fhrasfir out, take everything you can from his camp and go back to him to show him what you found before you leave.

Oh, i guess have to i show items before i use them xd

Yeah, if you use something you get soft locked there.

Oh, wait. What do you mean? With all items? I don’t remember having any problems with items.

how long is the game roughly in a casual playthrough?

I can’t give an exact estimate as I actually just lost the game (In the process of trying to find it rn) but maybe around an hour? If even. I haven’t played it in so long I’m really just guessing. Once I find it and go through it later I’ll try and leave an update for anyone wondering.
(Yeah, I’d say around an hour)

So I know the game is kinda bare bones when it comes to how progression works, but after going into Lucas’ house and being forced to fight them, removing them from my party, I decided to load my save I had before (and having to refight all the poltergeists I had fought before hand to get Core his first actual magic spell) and went north and… there was no check to make sure that Lucas was not in the party as the game continued onward as if I did do the spoilered out bit… but I also found the shop with all the buff items and buffed him up so now he can actually do damage now…

can I translate it into Spanish? uwu its cool!

Sure! I don’t mind at all! Feel free.

Hey! For anyone interested I made my own walkthrough of sorts for the game. I also talked about lore that was never fully explained and showed the location of the “secret area” that I’m unsure anyone has found yet and stuff like that.
And you can probably tell from the thumbnail I use an animated avatar so yeah, mentioning that. 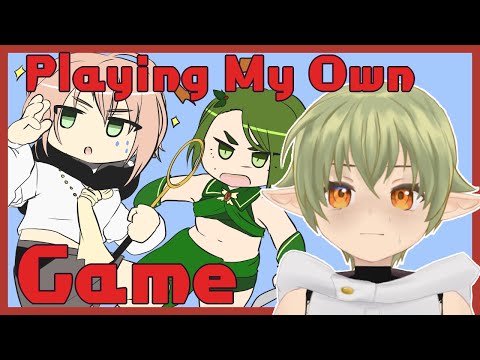 huh, didn’t know there was a secret boss. ah well, still kinda funny I was able to keep the 3rd party member.

The game was enjoyable, and i will be looking forward to the remake and any expansion to it if there is any