Hello there!
Been here for quite a while, but never tried to participate on the WG forum. I’m shy a bit, yeah
So, I’m here today to present to you my work on making character avatar for future game I’m planning to do using yet-another-custom-engine: 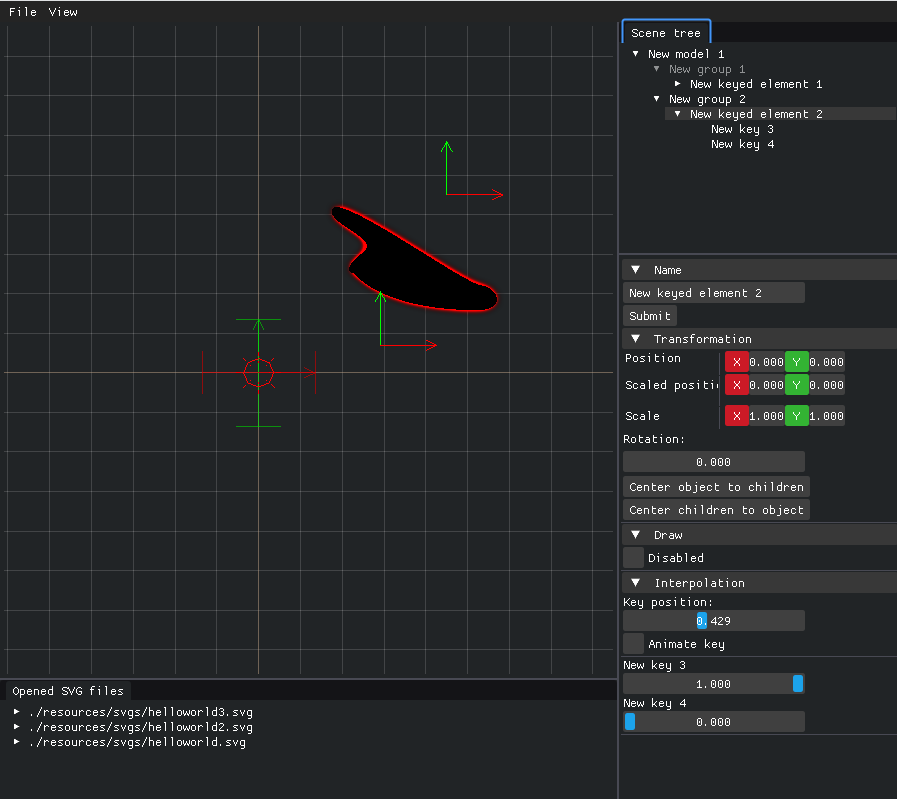 Screenshot_20210711897×799 23 KB
As you can see, it was inspired by Tainted Elysium’s body avatar, but with a few new and planned features
For example, as for current time, you can change “aura” color of the part, mix different parts with different aura/body colors. Make so called “patches” to make some parts of body/aura differ from main part: 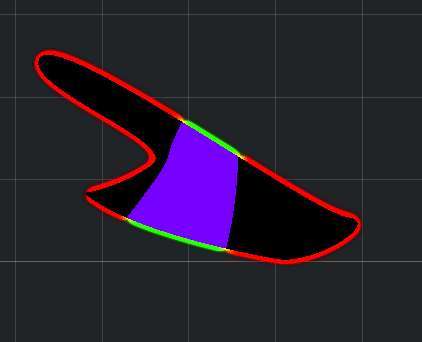 And best of all - everything is keyed. It means, that it would be possible to change every property of the model at runtime using scripting language!
I’m confident that it would be possible to make something that would resemble clothing using wireframes. And MAYBE some basic softbody restrictions applied to avatar to represent “tight clothing on fleshy parts” using compute shaders.
As for planned game.
I would like to make it as moddable as possible for community aka data-driven so everyone can make new avatars for characters/NPCs in game, new clothing, hair, bodyparts, make “patches” to storyline, new stories and etc.
Genre would be text adventure because it’s relatively easy to make. Maybe something like NEO scavenger, but I’m not an artist myself thus unable to draw 2D art. Expect some sort of clumsy programmer art
As for now engine supports only OpenGL 3.* and compiles under Linux/Windows/MacOS. But I think that it’s better to use wrappers like BgFx and not inventing the wheel by my self. With BgFx it’s even possible to make working WebGL application using emscripten.
I’m not releasing editor just yet. There is nothing interesting. You can’t save, load, import files. You can’t even copy/paste nodes.
What do you think? Is it worth the time? Maybe you’ve got something you would like to see as feature in game or editor?
19 Likes
firesoul10 July 11, 2021, 11:14am #2

I know that I’ve personally been waiting for someone to create another character system as flexible as Elysium’s. Even if you “only” succeed at that much, this is more than worth the time and effort. I’m not much of an ideas guy, but I’ll see if I can offer something marginally useful as feedback once something’s together.

I’ve been thinking about a similar thing for Yaffaif after seeing Tainted Elysium and have been flipping between a vector based approach like yours and a 2D patch/mesh distort approach.

I like the vector idea for its (relatively) simple code. However, looking at other charater viewers built this way the characters are relatively flat or Ligne claire - not that’s necessarily a bad thing; it worked for Hergé!

The other approach I looked at is to use bitmap distortions: generate character models, morphs, and animations with something like Dragon Bones Pro then write code that can understand the ouput and replicate their viewer. It has the advantage of not being limited to one art sytle, coming with a pre-built editor, and potentially adding other animations. Disadvantages are it’s more complex, more computationally expensive, and I’d need to art (or find someone to help).

I don’t particularly understand the technical aspects of this, but if this turns out to be anything like Tainted Elysium’s character modelling system, then it’ll be heckin awesome owo!

This is well worth working on. I think your doing what many people dreamed of doing.

this is perfection, im pretty sure many people who wanted a bunch of fat CCs

A an extremely customizable character creator, along with a game that is built for modding? 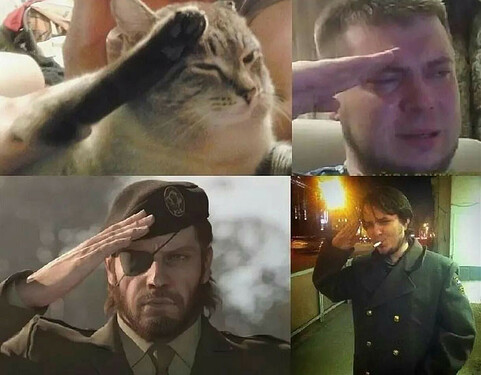 Thank you for replies, I really appreciate it! This kind of feedback would encourage me to continue development of engine and game. I was dreaming about game with this kind of possibilities for about… 3 years? More? Since gamedev and programming(making of custom game engines, ha-ha) are my passions it would be only a matter of time when I’ll make one myself.
I know that to build such a game from ground up would be a really hard task especially single handedly. That’s why I tried to contribute to another project. Can’t remember its name, but I’ve got some beta avatar files lying around: 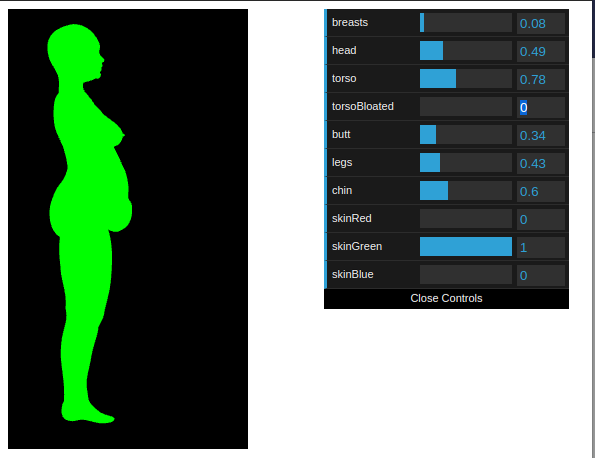 As you can see, it’s quite far from being completed and leave more to be desired. It’s really far from what I’m doing now
@dingotush you’re right, implementing hardcoded vector approach is (relatively) simple. In fact, I’ve managed to program that beta avatar above in about 4-5 hours using JS. A bit harder would be doing it using parsing SVG files, with keys(more than two) blending and etc.
TBH haven’t thought about texture mapping or approaches other than vector based. I think that it’s possible to texture using tiling or making custom UV for some of keys and interpolating between UVs since every key have same number of vertices, but distorted textures on some stages would look just bad. Especially if you texture skinny model and went up to blob like creature. Pre-built editor is really cool, tho!
I can contribute to Yaffaif with existing code. It’s C++, but I have java experience too(Working on Java 8 job, nevertheless C++ is still my love). For example, refine and port SVG to vertices classes or anything else.

god…now im sad thinking about tainted elysium. it was such a fun and polished concept that got scrapped

While it’s unfortunate what happened to Elysium, the dev’s health (mental or otherwise) must always come first. Atticus unfortunately couldn’t handle being subjected to the pressures of an expectant community and it turned the project from a fun passion project to a major stressor.

It’s a reminder to us as community members to not be so entitled to regular meaningful updates and just try to help as much as we can with feedback and bug reports. A lot of people in TE’s community liked to take shots over his infrequent update schedule and lack of forward progress (while he was working on important engine streamlining and pipeline pieces that’d have made making content SIGNIFICANTLY easier and faster.)

Hopefully people have learned from that experience and didn’t just place blame on the guy for cracking.

I’d love to try this in Yaffaif, as it’s been built with the idea that there would be a character viewer at some point and the body model can output physical measurements. I’d be happy to port from C++ (I used to do it for work, before doing Java for work). But if you’d like to make your own Java library I could work with that too - whichever you’d prefer.

Nice to hear that from you.
I think that it would be better to complete editor(Well, at least to the point where you can save your work), avatar format and simple CC window before we can start to port anything. It’s in active development stage and outer interface is subject to change.
As for doing porting to Java by myself or by you… It doesn’t matter, really. We can do it together to ease porting from my code to yours. We’ll need to PM each other about it when the avatar format is ready