Cyberpunk 2077: Any good fat, weight gain, and/or inflation mods out there?

Ever since the Edgerunner series I have been wanting to get back into CP:2077 but was wondering if there were any kink mods out there for when I get the game on PC. Figured that while I did play around 10-15 hours of it at launch on console, the gameplay is fairly up my alley but it certainly is a SKyrim situation where the main fun is modding. I recall seeing 1-2 body shape mods (makes character permanently-ish at one size) but that’s about it, not dynamic weight gain or anything like that.

I didn’t think the official modding tools were out yet, in which case it may be a while. But here’s hoping that when they do release them someone can make a mod or that CDPR add the functionality into the game themselves. 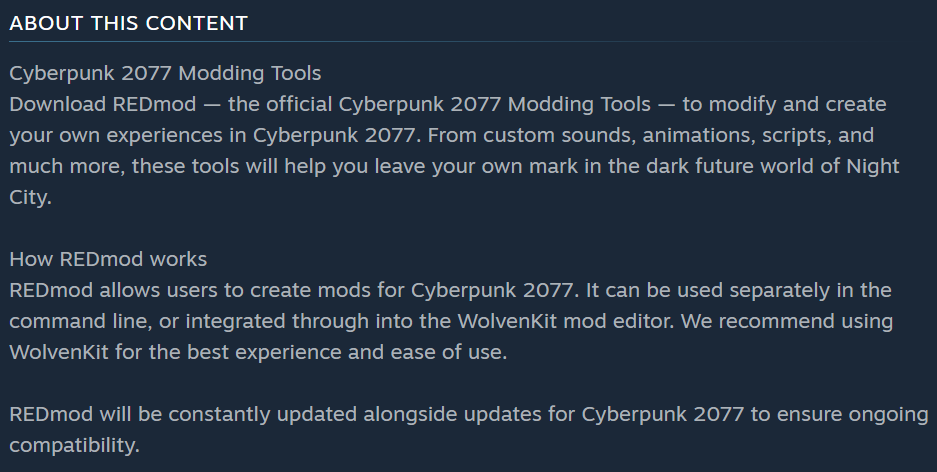 it just don’t have one, you can wait for one or make your own

As someone who plays lots of Cyberpunk, the modding scene has been pretty large for a while

There are a couple of pregnancy mods out there, and one for making V fat.

Haven’t tried them though. I only have the PS version (I’d get lynched if I wasted precious PC rendering time on playing games

Could you possibly drop a link for the one making V fat? I’ve searched but haven’t really found anything so far

Here you go, and some other ones that might tide people over until a dedicated fat mod comes out

This mod brings two variants: Judy naked body with big breast like default Panam and Judy pregnant body (but why?).

Thanks @Warlynx, you saved me having to try and remember where I’d seen them!

Nobody’s used it yet, but there are larger, chubbier bodies in the game in use by NPCs, and its affected by mods like 0spawn’s rig edits that affect bust and butt size. 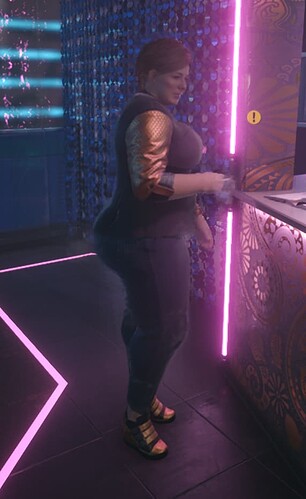 Could be an idea for someone to adapt these into player bodies. Plus, someone got a Skyrim bodyslide body ported, so who knows what we could get.