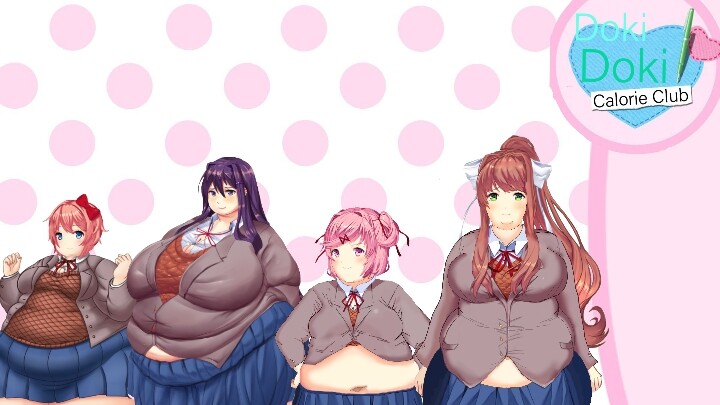 I’m honestly not even sure what the game is going to be within its own page about it. From this line alone it seems like you’re making a non fetish ddlc with added content. But you’ve also tagged it with a “fat” tag. So is it going to be a fetish ddlc or just the base game with additional content?

And like Krod states, what exactly is the plan, what makes this different from the original DDLC WG project aside from more fetishes?

The pre alpha 1-A of ddlc pro is now available

To play it on android devices first download kocho which basically is what you need to actually play the game itself you can download it by going going to this link https://play.google.com/store/apps/details?id=io.kocho

So like… Is there going to be pictures of the product or something? Kinda wanna know what I’m getting myself into before I download…

In my opinion you should update and edit your first post with any pictures, links, dev note updates that you chose to make. If/when this thread gets larger with more links and new versions of the game (especially since you are in pre alpha territory) in my experience people aren’t going to dig through the thread for whatever the most recent version is and (hopefully) this is going to stop alot of the “where can I get the latest version?” questions.

Android Instructions
First Download The Kocho App Either By searching it in on the Google play store or just by going to this link https://play.google.com/store/apps/details?id=io.kocho
Second Download Whatever Version of the actual game file that you want you can find all the versions in this same topic just not in this exact post
Third Open Up The Kocho App And Go Over To The library tab which is located at the very bottom of your screen
Fourth go where it says add novel it’ll then ask you to choose the game file do exactly that
Last wait for it to finish adding the game and than you can enjoy playing

This project sure does look familiar to another DDLC weight gain project that was posted up some years ago. Particularly the art.

I do hope you have sought the appropriate permissions from the artists!

Since you mentioned that DDLC weight gain visual novel, Yuri and Sayori from that said visual novel sprites are almost the exact same in this DDLC project. But hey I’m just some random pervert so what do I know.

Wait so are you just uploading someone else’s game on android without asking after editing it a little bit?

Isn’t it kind of strange how there are so many deleted posts from you the creator of this project? Also, one last nitpick, you have stated: “game without any fetishes except for what normal anime gives you on anime girls.” Yet all the sprites are fat in this game with the fat tag(not to mention this is a fat fetish-based website). So is it a fat fetish game or a non-fetish game with “normal” anime sprites as you’ve said?

That’s because those sprites are the exact same sprites from the old game.

I would like to state for everyone’s notice that if you feel your copyright has been infringed or violated please contact us directly via DM or through support@weightgaming.com.

We will work with you to get everything sorted as quickly as possible.

The deleted posts was from him spamming each individual pic he wanted to share, not for any suspicious reason.

Just…competency in action right there…

I knew it the moment I saw the sprites of the characters. I also knew you were the writer for the game.
This is off-topic and I don’t want to bother you any longer, but I love the Plus Size ICU you do with Debuiscool, some projects you’ve done in the past with so many amazing artists, and some of your stories.

All good. Thanks btw!

Ah I see, I thought he was trying to cover something up. But that is kind of funny. Thank you for telling me btw