Are you one of the people who would have a little bit too much fun with the enemies in the original Dig Dug? then this little toy seems like it’s for you. 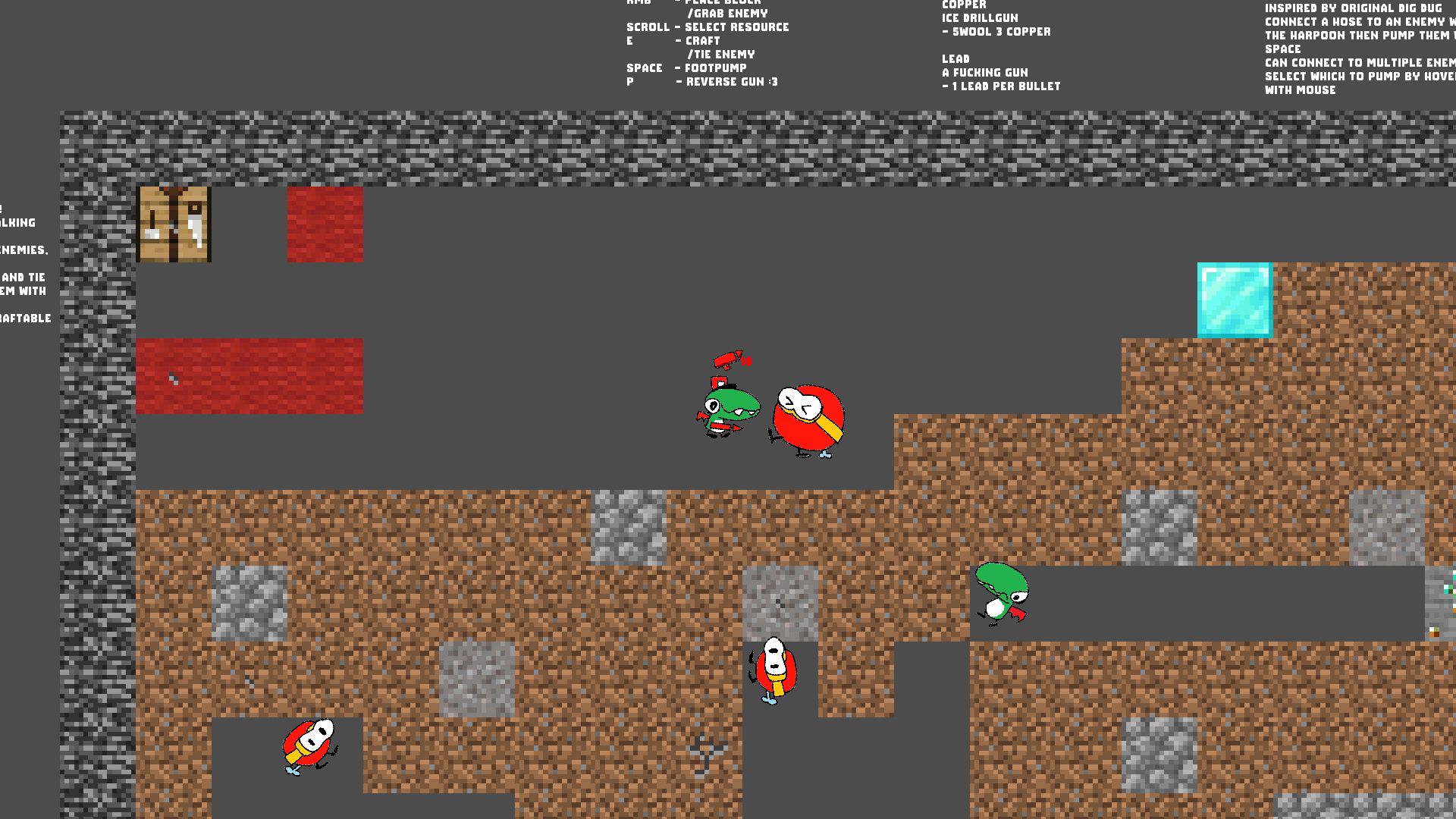 Screenshot 2022-04-06 0134101920×1080 84.8 KB
You can place tile with right click, and destroy them by shooting or moving into them. there are 4 different resources and weapons, but 3 enemies. When you inflate an enemy, you can grab them with right click and take them with you, and use them as cover, as inflated enemies block other enemies, but not you. you can also tether them with string using the E key, AND freeze them with the ice drillgun, to keep them fully inflated for longer~ 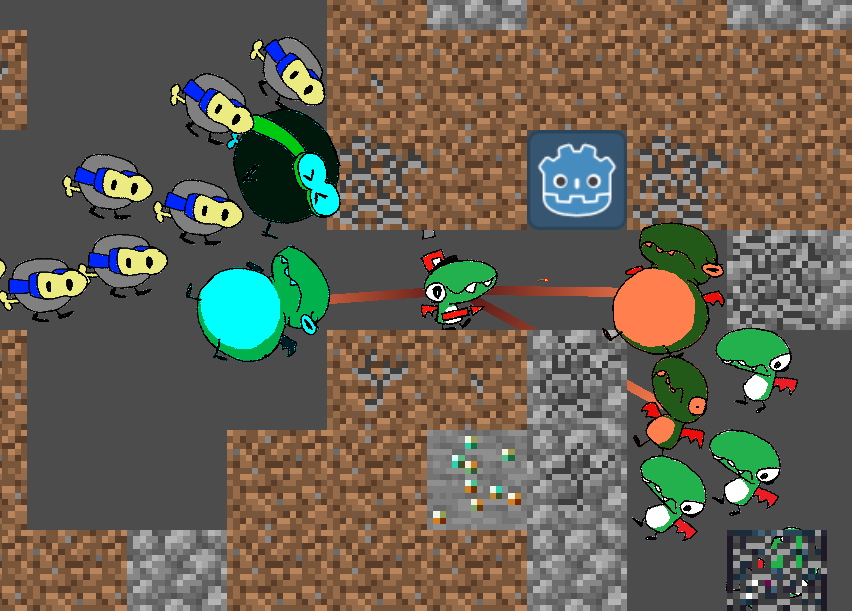 Screenshot 2022-03-28 104559852×611 48.6 KB
(Warning: contains popping. it’s dig dug.)
Click here to play! the password is "digdug"
Make sure you play in fullscreen. There should be some instructions out of bounds.
I don’t really have any coherent plans for this project, but i figured it was in enough of a state to share. if there’s any interest, i can expand upon this project

Oh hey, another dig-dug game that’s made in Godot Engine!

This game needs a new texture pack and a valid password.

I’m just gonna echo what everyone else is saying, the password sadly doesn’t work.

Which is a shame this seems fun and is also one of the few games on this site with popping.

This is a pretty fun sandbox, and the sprites are cute. I can’t wait to see how this game develops.

I gotta say this is a interesting new Dig Dug A.U, where Taizo Hori is fucking dead.
Or he got turned into a Fygar, one of the two.

Ok but seriously I do like this game quite a bit despite it feeling very tech demo-ish.
The original art assets look very cute, if a bit rough and the controls feel good and responsive.

I have no idea if you are going to work on this further, but if you do there are some problems I noticed.

Sorry if this whole post came off negative, I do enjoy this concept quite a bit, a top down shooter with a bit of a sandbox twist is a surprisingly good combo, and I hope you consider working on this further!

the Reverse Gun is pretty neat, but you deflate pretty fast. It’d be nice to see enemies that inflate you, adding a sort of damage while not instantly resetting the level.

dude, thank you so much for such deep feedback for my silly little game. absolutely did not come off as negative, i really appreciate people using their brain about something i made!

in other words, i want to aim small, but i am TOTALLY open to suggestions. totally hit me up with anything that seems like it could be fun.

Alright here’s a suggestion. How about a ghost type enemy that can pass through walls and inflate the player if it gets too close? I don’t know how hard that would be to put in, it was just something I thought would be fun

Looking at that spritesheet, there’s a gun that hasn’t been implemented into the game that i’m really interested into seeing added.

Hmm…
Are you planning to have pixelated sprites in the future?

Yes, I made this little pixel art quickie, just to give it an example.

I’m really interested in the basebuilding/tower defence idea, it’d be enjoyable to see it in action, if it’s not too resource intensive