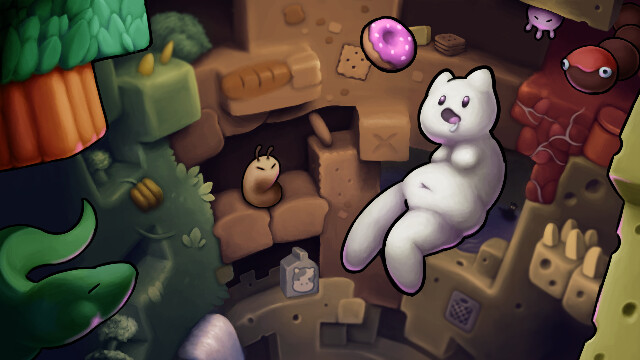 The intrepid butterball will return in a complete release of Doughball Descent, featuring 2 new areas: the Meat and Dessert Zones, foodgroups previously neglected due to the time constraints of the game jam, but no more!
But it doesn’t end with that, of course; the Full Course update comes with a heaping spoonful of new items (like double), with reworks and rebalancing of existing items, improved generation, general tweaks, polish, and more!! 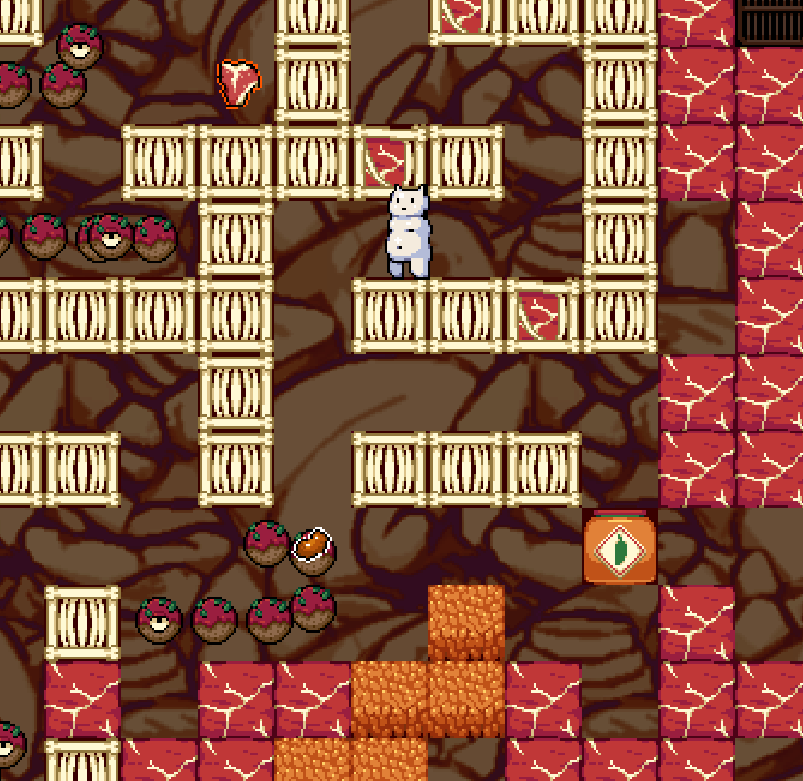 Hyped up for this one! I really enjoyed the gamejam version <3

Very excited for this! New weight stages especially - love the new higher ones of course, but the skinny one is hilarious

My favorite game of the latest game jam is back better than ever!
My goodness, I’m so excited!! Reaaally looking forward to it~

Excited for this. One of the few game jam entries I was absolutely hyped for - no less due to the fact it was pretty much a complete game in its own right. Looking forward to see how you refine the final product!

Can’t wait for this!

These player sprites are delightful—looking forward to this! Best of luck!

I’mma stream the HECK outta this when it releases. Awesome to see this being worked on further! Folks enjoyed my playthrough of the original.

Oh boy it’s coming! I loved the original so much and I am hyped for this even more.