Just released a weight gain game on dreams for ps4. It’s called corpulent quest, and if you can’t find it try looking under my user name joseph_w123. I hope you enjoy it and I would like to hear feed back. I was kinda hoping that people could work on it together with me but I don’t know quite how to make that work. Anyway I put some time into so check it out. Thanks

I’ll definitely check this out when my copy of Dreams arrives (ordered two days ago, as it was on offer but it’s a physical copy so could take up to two weeks to get here).

I don’t have the funds right now to get the game, mind sharing some screenshots or video of it?

There’s a video of some of the stuff it can do on the Playstation store.

I can try to when I have time. I just have to figure out how first. 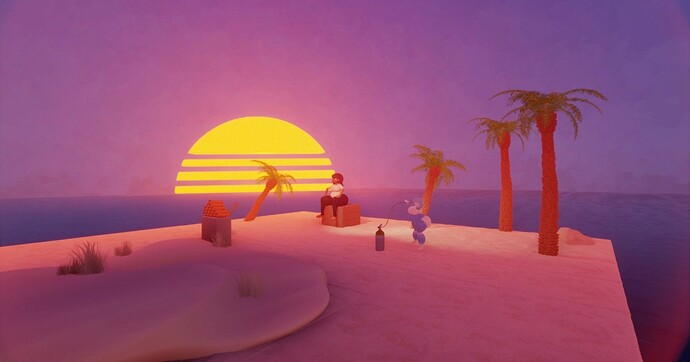 See what creations were used in Corpulent Quest.

I was more talking about the Corpulent Quest game.

And Reallmystop, there should be the share button thing on the PS4 controller, you could always make a throwaway twitter account and connect it and have it uploaded there.
At least, that’s what I’ve heard you can do with the share feature that I avoid like the plague.

That’s a good idea. I’ll try to capture footage of the game, but currently I am playing FF 7 with friends.

Understandable.
Gotten to Wall Market yet?

Just got killed by Reno and rude…

This just makes me more bitter that Dreams is PS4-only.

I was really looking forward to FF7 - lost count of how many hours I put into the original - until they confirmed they’d removed the turn based combat. Pass.

They still have something similar to the original version. It’s a mode called classic. Basically you command characters like the original, just waiting for the atp gauge to charge then selecting moves once it’s filled. But I get it, also it’s not the full game, it’s going to be at least 2 parts.

No idea why they’d alienate so many fans of the original by doing this, but I’m sure they know what they’re doing! I’ll just go back to playing Persona 5

If only I were so lucky.