I came across this model for a Fat Velk from MHW and I would love to know how to replicate the effect. I’m assuming casts and weight-painting, but I’m not entirely sure. 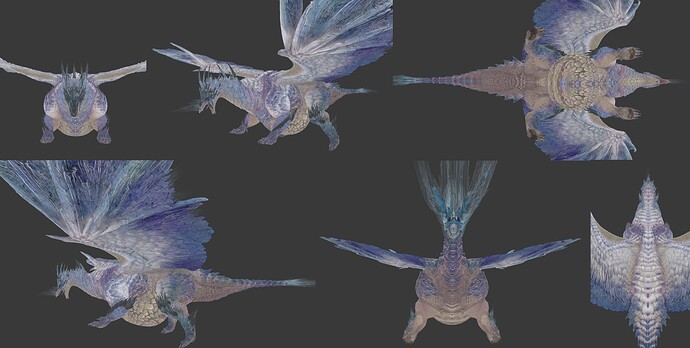 the way I would do this is just editing the model, basically “remodeling” it.

using casts (from what I know about them) would just make things rounder, so the effect wouldn’t be that good. you could make things look fatter with it though and it’s pretty easy to do. I just don’t think you could get this result with it (or if you can it would probably be easier to just edit the model instead). take this with a grain of salt since I have used cast very little

weight painting is purely done for rigging purposes as far as I know. what you do when you weight paint is telling how much influence a given bone should have on part of the model when the bone moves

I can’t understand which effect you want to replicate, but to make this body shape modification of Velkhana model I just used blender sculpting tools. The model itself has been imported from Monster Hunter World game.