FattyPy - A Renpy fork for expansion & TF based games

A bit back (March of last year for the most part lol) I wanted to make a custom version of the popular Renpy engine that was capable of handling things like weight gain in a more dynamic matter.

Its quite handy as now instead of having to type something like:
show character1 veryfat smile

and the engine will make sure the correct image is displayed if the conditions are met.

Right now I only have a small hacked together prototype release that is based off of a version of renpy that is a bit out of date. There is an example project though called Here Kira Comes that shows some of the basic concepts on how to use the modified engine.

Please keep in mind there are a few small bugs in the engine atm (the most major one is the state not being saved correctly in some instances after a choice has been made). I do hope I can get back to working on this project a bit more when I have time but for right now I wanted to release what I had in case anyone wishes to take a look at it. 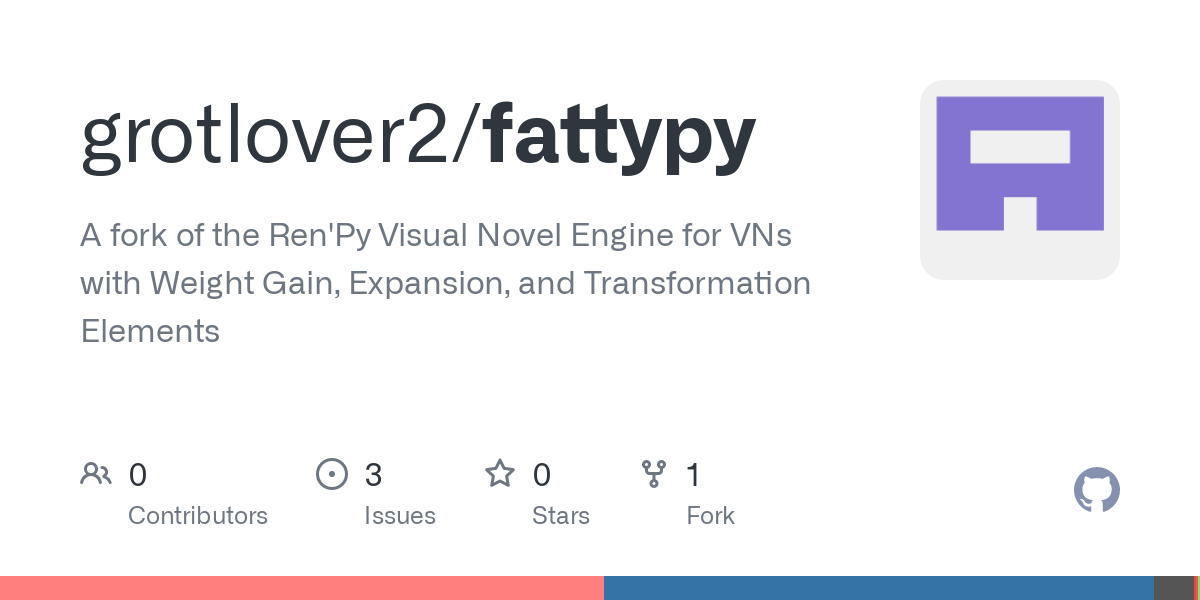 A feature complete version of Fattypy with an example project called Here Kira Comes. This is a very early prototype just to be passed around for feedback and there are still a few minor bugs and U...

This is really cool! If I end up incorporating this into my game,* I will have to compensate you in some way. I am a beginner coder, so I would never have even attempted such a feature myself. “Here Kira Comes” is an excellent demonstration: rather simple to read the script, but it prompted me to do more research to follow it in detail. (…Aaand I got lost. At least I understood bits and pieces of it.) Thank you for sharing!

*I probably will not, only because I would ideally have so many images of the characters, it would be impractical for me to use this. I would likely just keep the characters image-less, and display depictions separately. This takes nothing away from your neat displayable invention.

As long as you find it useful that makes me happy. It is a bit clunky to use though but I hope once I find some time I can improve that a bit more.