Just figured at least someone here would like my psuedo-management game that I made with rpgmaker. Currently it is rather simple were you are a leader of an elven village that has recently settled in a new forest controlled by the demon lord of gluttony. You have to survive by making food for both your villagers and the demon lord in order to progress the game. Currently I’ll be honest it is rather barebones and unbalanced with only one quest for each of the villagers and I’m not a game designer nor a writer so yeah. Also currently everything is text no visuals implemented yet.

Tell me what you like, what you want to see, any bugs, etc

It is a bit barebones but its a good start.
Some recommendations I’d suggest:

For a start though it’s good. Can’t wait for the next iteration!

It’s definitely a good idea to start, I feel like there’s a bit too much nothing in the town to warrant so many homes yet. Or, at least, label them with a sign, I spent way too much time trying to figure out which house was the Chieftess’s.

Hold on, after expanding the city farms am i supposed to do something in particular with all that food? I forgot if the demon mentioned something about it to be honest.

Well the idea is good but the Villages need more jobs maybe adding one of your villagers can become a trader you give her some food and she goes out of the village from a few days come back with more food or have a hunter in the village who will go and hunt deer or something she find a bear and add a sign to the Chieftess’s home,

Is something supposed to happen when you hit the 100 food before day 14?

Yeah go talk to the slime and they will give you the next goal. I’ll make sure to make that more clear in the next update

If it is displaying 100 in the upper left and not triggering when you talk to the slime try hitting enter while standing on the tile I highlighted in the bottom right of that room and then talking it could be an issue with states that I’ll look into. Otherwise I have no idea 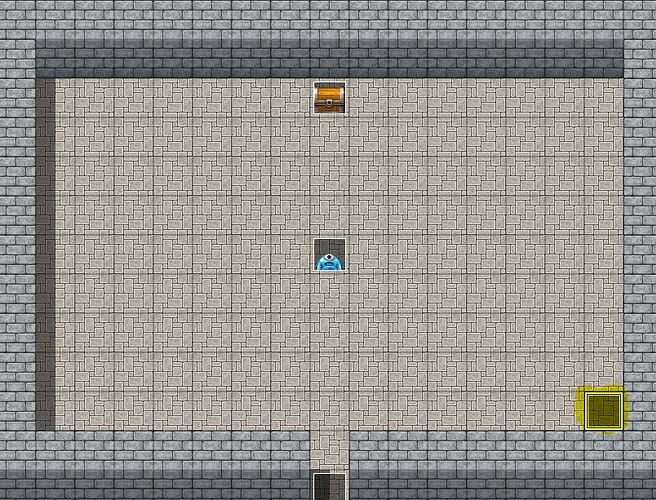 It works the that way.
Thank you very much.

Please… implement numbers on houses or list general directions of houses on the quest menu. I cannot keep straight who villager 1, 2, 3, 4, and beyond are from each other just from memory.

I would also request implementing a way to donate multiple items of the same kind at a time to gluttony, as individually donating 14 breads is depressing.

I think it might honestly be bugged because i’ve checked every single person 3 times over, but who knows I could be missing them which isn’t aided by the lack of distinguishing features among all villagers except the 4 unique designs (baker, butcher, purple maid outfit, the villager you can look at.) EDIT: It’s the 15 bread villager. Every single quest is done except for her.

Other bug report here:
Sorry to spam you today, but it’s showing the wrong portrait for the butcher, ONLY after I gave her her requested food. 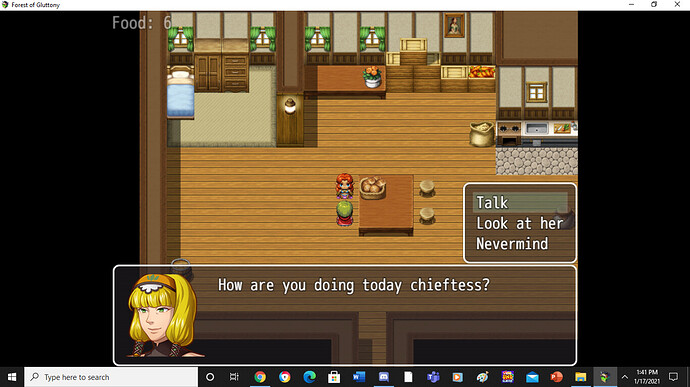 EDIT: Another bug, but harder to capture visually, I seem to have infinite wine. Everytime I donate a win to Gluttony my wine count stays at 5 but my food count still goes up by 3.

I think the problem is that the maid cannot be finished. Every time you give her milk and cookies it is possible to give her more each time. Another bug is that the innkeeper has not been fed she answers each interaction with the same sentence (so it’s by chance that I discovered that I had to give her steaks). Finally I think it would be judicious to be able to ask again to the villagers what they want to eat.

Neat Little game, quite a few bugs found but the ones I’ve found are already listed here, though after meeting the 1st goal I started the second and well, I meet all the villagers request’s and even got all the upgrades and farms and had plenty of food n the chest, but the next goal won’t trigger, but other then that fun quick little game though.