A bit of a break from Weighted Dice, I wanted something a bit more engaging (and simpler to make, though that is DEFINITELY not the case anymore). So here’s a puzzler/multi-management with weight gaining elements.

Match the blocks to gain time or create food. Then use the food to either serve the diner patrons or feed the gainer.

Currently a lot of graphics (mainly the gainers and the diner patrons) and music are placeholders for now, and a lot of little bugs like match detection is still needing fixing, but this should be a decently playable version of the game!

This build is released to the public, but I will plan a special updated build for Patreon patrons HOPEFULLY soon enough so stay tuned!

If this project is received positively, I PLAN to have ways (mostly commissions) to insert yourself into the game as either a Diner patron or a Gainer. Any donations/patron pledges will help me dedicate more time to work on this and Weighted Dice as I’m currently the only one working on these two~ 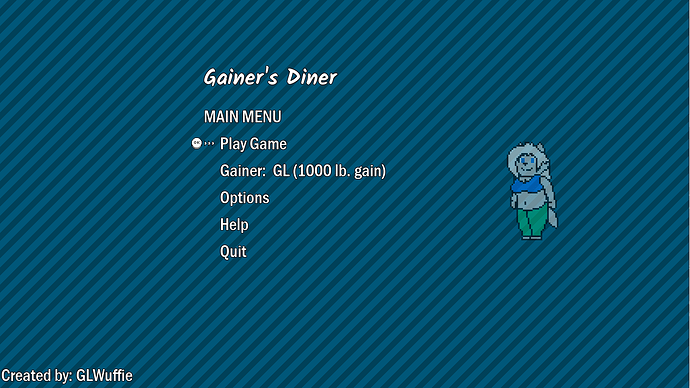 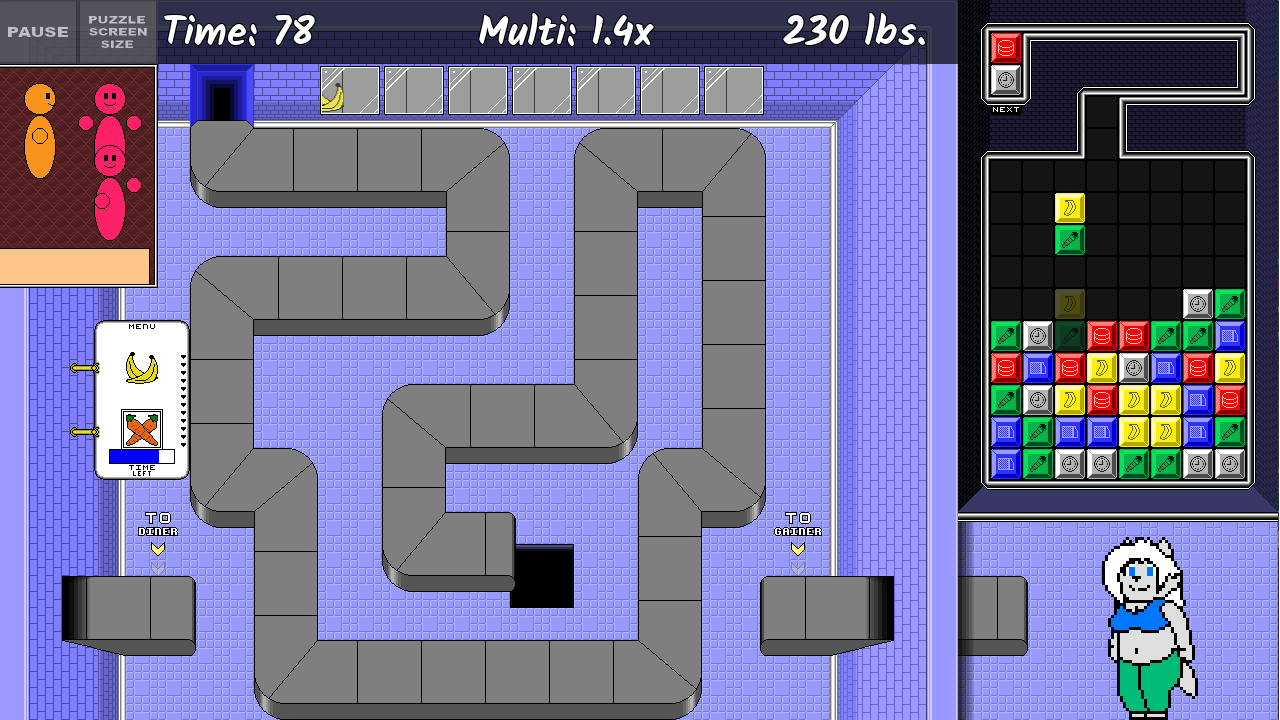 A download for Windows ZIP file and Android APK are attached at my Patreon page (public). I hope you all enjoy it!

Seconding what that person said on your Patreon, the game crashed with an error message when the timer ran out, though I hadn’t thought to screencap the error message.

Review:
Too much RNG. If we could rotate the blocks ala Tetris (not just flip them), the game wouldn’t be so RNG heavy. As it is, I’ve gone two runs in a row where I couldn’t manage to complete more than two matches for the people on the left, because there were hardly any opportunities to produce the food they want while also juggling the timer blocks.
Also I can’t say I’m a fan of having the block game take two hands on the keyboard and have to take a hand off of it to manage the food line, then look back to find a block fell in a bad spot that I can’t recover from because of the aforementioned block flipping problem.

Very interesting! I liked it - particularly the “hurry up” music ^^. Control mapping would be a must for me though as I kept swapping the spacebar and up keys >w<. Having WASD and spacebar would be a bit more comfortable and a more natural position for the left hand.

Whilst there is nothing wrong with the Columns style of puzzle game, it does feel a little restrictive especially since there is a random element to the orders and items being requested. Perhaps the Puyo Puyo style of gems forming contiguous shapes would make things a bit fairer in clearing out hard to reach blocks?

Ooh, didn’t think of Puyo Puyo. Seconding that suggestion for sure!

Game seems to be have a simple idea, but it is difficult to play. I love it!

Definitely requires a lot of practice. It’s a little too tough for me to beat even the lowest “difficulty” of the 920 pound girl. Solid game, though!

This game is fun. Albeit very hard.

Once you get used to what to do it’s quite fun. Although perhaps a bit more time would be nice.

game is way too hard for my taste 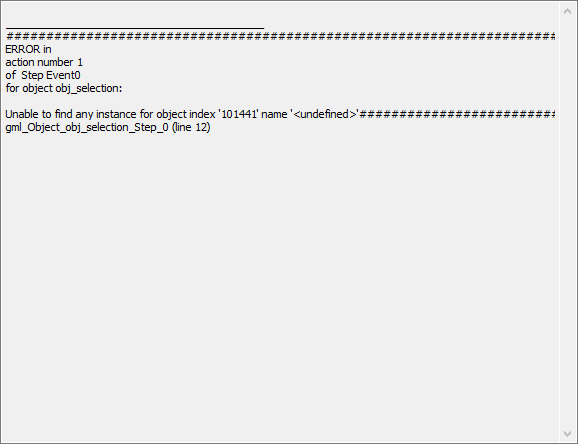 Does this work on iOS, or only Android?

Thank you everyone for the feedback so far! I’m currently working on fixing bugs and missing main features. I haven’t been able to replicate the game-winning crash, but I’m adding code to ensure to fix the obj_selection error. Another thing is adding WASD support for now while I look into re-binding keys (and moreso a way to prevent softlocking the game with forgotten keys/mixed keys).

I’ll update the main post of when it’s done but what I hope to have fixed so far is:

And I’ll go into discussion later on certain design choices and why some might not change.

Thank you all for your feedback so far!

I found the games difficulty frustrating. It has too much multitasking in my opinion. almost as if it’s two games combined into one. I think you can absolutely polish the game as it is and make it a lot of fun. But as it stands now the randomness and the multitasking are too much to be enjoyable.

I had an interesting idea but it would be a lot of work. I had the thought that you could add in some upgrades or a progression system. The games current loose state could take you to a store to upgrade parts of the game.

Like extra conveyor space for the feeder so you can give them more food while they are still eating.
or an upgrade that removes the trash shoot and sends all uneaten food to the feeder.

I think its fun to play but to much to pay attention to, or at least give us more time to actually do the massive multitasking it takes to play the game. I don’t feel like I have much time to react to move the food, feed the feedee, and play tetris where I cant turn the pieces sideways to cover the spots that will eventually just make an unstackable row all at once. I think a majority of the time I miss feeding the people in the diner just because I don’t notice the food I have on the belt actually meets the requirements. I think it would but fun to play but its to much.

As much as I have to complain about there are some suggestions I might have, such as making the food that does match the requirements auto apply to the diner, with that increasing the amount of time you get with each successful serve. Otherwise increasing the timer itself might work and perhaps adding in the ability to turn the pieces sideways so I don’t feel like i’m permanently stuck with a part that doesn’t match everything else and leave me with two or one unbreakable rows.

Options to fix the game’s difficulty:

No lie, player skill doesn’t even apply here, if you get bad blocks, or blocks in a bad order, no amount of actual skill will save you. The game is a dice roll as-is, which makes for an irritating game.
(Semi-related side note: the game has the same issue as that ice cream game in the Jam, where you’re laser-focused on the actual gameplay and don’t get too many chances to LOOK at the character as they grow.)

All three fixes come with an easier difficulty, though, so speeding up the blocks, increasing the punishment for ignoring the patrons, or slowing down the weight gain might help to counteract that.

Also yeah, ideally the game SHOULD be played with WASD and the mouse, so we’re not throwing our hands all over our desks back and forth trying to manage two totally incompatible control schemes.

I really like the premise of this, but with someone who has who’s easily distracted due to ADHD, the multi-tasking is next to impossible for me.

I don’t expect you to cater to my own desires, but doing this as food management or the blocks system would, for me, work much better. But don’t worry about me, do what makes sense!

Thank you for bringing another game to our community!

I was able to beat the 1,100 lbs gain after a while a playing. Certainly hard to do but once I got into the rhythm of things it a really fun game. It reminds me of some of the games that were posted on here from someone named fukuracam.

The penalty for filling up the board is pretty low which is helpful when you make a few too many mistakes and need a clean board. Overall I think the mechanics of the game feel fine, it just needs some tuning/difficulty options.

Most the issues I have with the game such as the controls and the quickdrop bug you have already addressed. I’d like some way to digest faster because I feels real bad to see a pair of cakes approaching the trash chute and you don’t have enough time to eat both. Perhaps clicking on the gainer could speed it up just a bit.

Overall I enjoy the game and look forward to future updates.

Most the issues I have with the game such as the controls and the quickdrop bug you have already addressed. I’d like some way to digest faster because I feels real bad to see a pair of cakes approaching the trash chute and you don’t have enough time to eat both. Perhaps clicking on the gainer could speed it up just a bit.

Yeah trying again I managed to get into a good rhythm but was stymied by getting three cakes in a row (what you’d expect to be a good thing) and not being able to eat them, crippling my remaining time. It was pretty much an auto-fail at that point, which feels like it should be addressed.

Definitely like the above idea! Adds a bit of frantic action to be desperately cramming the food in whilst seeing a bunch of items rolling down the conveyor, “I love Lucy” style :3

Finally: sweet victory and a crash to celebrate! 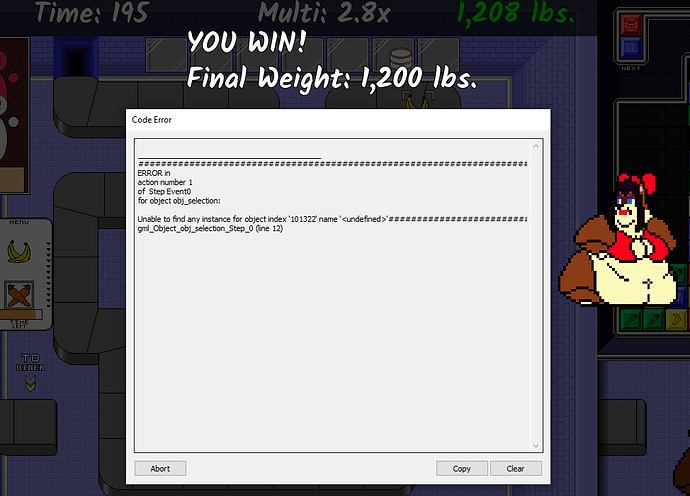