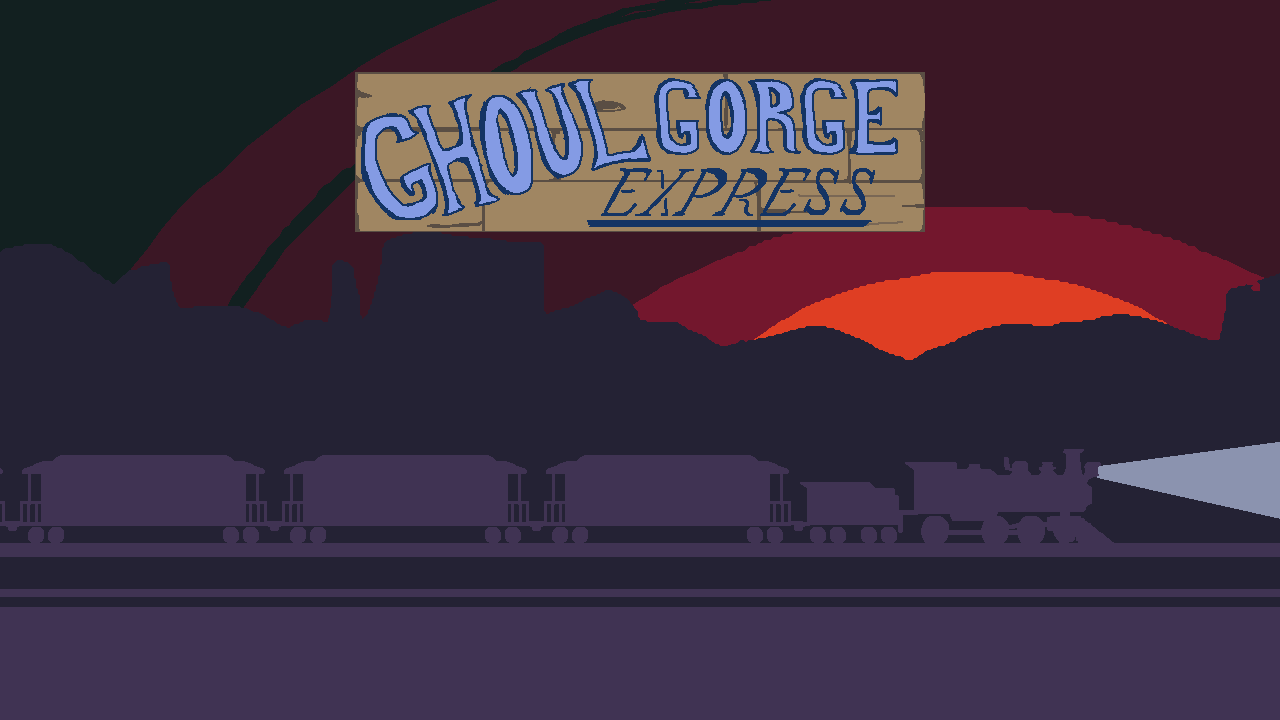 You’ve boarded a ghost train in the hopes of finding treasures to steal but there are none to be found. Fortunately you’ve struck a deal with one of the spirits onboard; get nice and plump so he can feed off of your excess weight and you will be handsomely rewarded.

Here is the game me and @SeymourCox have been working on for the jam. Hope you enjoy.
A lot of corners had to be cut to make it on time (like the spirit is not really implemented). Hopefully we will be able to continue development after the jam.

I can’t get past the second room, is there an upgrade system or is this how it’s supposed to be?. The controls feel really clunky too; the stopping each time you attack or dash does not feel good. I do like the art direction.

I do kind of wish moving and attacking was possible, as you get swarmed fast. That and dashing is both too far and too stiff. Not bad otherwise with the little “cheat” added, but it is rough with the initial 10 hp.

we wanted to make an upgrade system but didn’t have time for it. there is a cheat that gives you 50 starting hp by holding the up attack while starting a new run

Presentation immediately stands out. That paper cut-out look is awesome and works amazingly with the art style on display. Enemy variety adds a great layer of strategy and it helps that they have their own poses allowing you to more easily pick them out of the crowd. However, its strength in an enormous amount of chaotic combat is also its most crippling weakness as it’s incredibly difficult to avoid damage - and impossible once you’re any size bigger than size 2. The 50 HP helped a lot, but I went through a few runs at default before finding it completely impossible to get past the 2nd room. And given many runs with 50 health ended before I could get past the last carriage and enter the randomized loop, I’m certain that 10 HP is just impossible as things are.

However, that’s probably nothing that a few numbers and QoL stuff couldn’t fix. The strong presentation makes for a solid base and the gameplay loop - if tinkered with a little more - could make for a really enjoyable arcade experience. The high scoring runs being the ones that lead to you dying faster is a nice touch (as are the sprites). So a thumbs up from me and I’d love to give it another spin once you guys spend a bit more time tinkering with it - if you do.

yeah the difficulty is way off. we didn’t really have time for balancing after all the levels were made. what was basically done was I checked if I could get through the first levels first wave (that was all that was done at the time) without taking any damage at the biggest size and just hoped that it would translate alright. since I didn’t know how many points you would get I couldn’t really implement the fatness properly until after the levels were done and at that time we basically had to focus on making it presentable as a game and not just a “demo”.

we will probably come back to this after the jam. a lot of stuff that we wanted to implement had to be cut to get it out on time. though I have to play all the other games from the jam first :​P

lovely little game. Reflecting what others have said, the presentation is incredible, the balancing not so much. had trouble getting past the second car starting from 8hp, but i could get to the barrel ghost if i start with 50hp. i would often find myself ignoring food because the size of the crowd of enemies was too unmanageable, especially with how cramped car 2 was. as a result, i never got past fatness sprite 2.
To say something constructive about the presentation: the death animation is nice, but with a crowd of rotating skeletons, i have NO clue how many of those are a threat and how many are in-the-process-of-dying, especially since the purple guys seem to take two hits. if the sprites of dead characters could fade out or become darker, then you could keep the visual appeal without keeping as much visual noise.

Being a certified Epic GamerTM, I foolishly completed all four levels without having discovered the dash function.

I was starting to wonder why it seemed impossible lmao

what a gamer
I feel like I have to do that now. I can’t just let someone else beat me at my own game

glad you liked it. we don’t have plans on working on this further at the moment since we want to go back to the game we were working on before the jam

Has the game been posted on the forums already? i would like to follow it if that’s possible

My name’s SeymourCox, fat/fetish artist on FA and twitter. I’m a HUGE fan of platformers and older games, absolutely adore the NES Mega Man games. Though I don’t really play fetish games all too much, I started brainstorming one recently and have had a lot of ideas so far and would love some feedback, to learn if there’s interest in playing and making a game like this, so on. What’s the game? The idea for this game is a metroidvania setup, exploring one large area and opening up paths with new…

we haven’t posted to much in there, it’s mostly to let people know that we are working on it. when we have something playable we will make a proper projects thread

glad you liked it. you did pretty well considering you never used the dash move.

not sure why stage 2 got corrupted for you. this is what it is supposed to look like 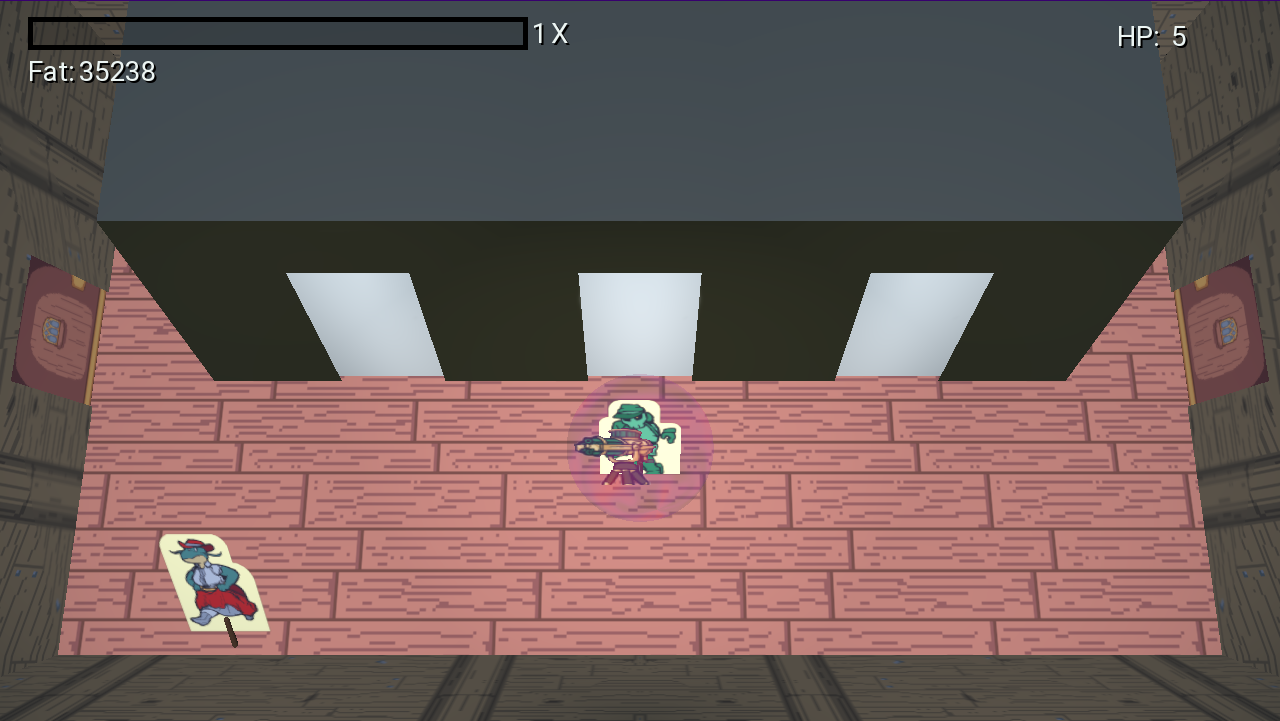 I think that someone had a similar issue for another game I made. hopefully when godot updates its import feature this wont happen anymore.