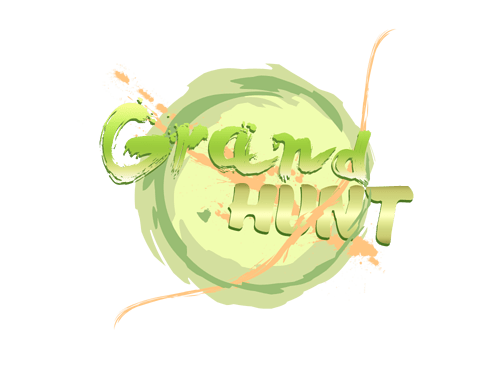 Your tribe is in dire straits! Someone has raided the reserves and taken all the food, and what’s worse, winter is coming up pretty quickly too. With most of your peers trying to find out who the dastardly thief was, it’s up to you to hunt the tribe an entire winter’s worth of meals.

You take control of a particularly skilled tribal hunter/huntress with the objective of restocking your tribe’s supplies after an unfortunate “accident” just before winter. To avoid famine, you must take down as much prey with your trust bow as you can. From a vantage point, and with a first person PoV (think Duck Hunt), you aim using your mouse and shoot using M1. You’ll have 4 abilities available to you, techniques that you learned after all your time hunting, you can activate them using M2 and swap between the three with the mousewheel. The abilities work as follows:

The game will take place over the course of a month, with each of the three weeks marking a difficulty threshold. At first, your prey will be fairly weak critters, slow and distracted, and you’ll be able to get most with just one or two shots. After the second week starts, you’ll have to start making more frequent use of your abilities, as your prey will become either tougher or much faster. When the third week comes, you’ll have to have good knowledge of the game’s mechanics, as the prey you’ll be hunting will take too many arrows or an insane reaction time to hunt normally.

Different types of critters give off different amounts of meat, the number usually being equal to the number of arrows it takes to hunt them, that is, unless you manage to land a hit on their weakspot, finishing off the critter with a single arrow. The weakest will give off one or two pieces of meat. The most middling might give three, while the toughest of the lot will give off four or five. Your objective is to reach the food threshold presented to you at the start of the day. Failing to meet the thresholds for too many days on a single week will result in a game over. A day ends when you run out of arrows or energy. You’ll always start a day with 10 arrows and 5 energy.

At the end of a day, you get to distribute the meat you’ve hunted. The meat can go to either the reserves or to you, but note that whichever amount goes to you will not be counted towards the food threshold. Your energy at the start of the next day will increase by 1 for every piece of meat you eat, an increase that will only last for that day. On the opposite end, the number of arrows you get at the start of each day will increase by 2 after giving the tribe a certain amount of meat, and this increase will be permanent. Now, as you all can probably guess, this is where the WG element comes in. Feeding your village will not show any results right away, only doing so in the end screen, after you’ve finished the game. Plainly put, the better you hunt, the fatter the rest of the tribe will end up. Feeding the hunter/huntress, however, will show results as you pass certain thresholds, with your character getting visibly fatter as the days go on. As for how many stages of gain the PC gets, I’d go for 5 because I like round numbers, but if this gets done, it won’t be my choice one way or the other. Much the same goes for the tribe’s sizes.[/center]

TL;DR -
Hunt food to feed your tribe. You have four abilities, one that slows time, one that tells you how to 1HKO enemies, one that tells you where enemies will appear and one that gives you extra ammo. All the abilities use energy, and the day ends if you don’t have any more energy or arrows. At the end of each day, you have to chose between feeding yourself for a temporary energy buff or feeding your village for a permanent quiver upgrade. As time goes on, the creatures you find will be harder to hunt. The better you do, the more weight your character and the tribe will gain.

Like every other proposition thread I’ve made, this is only an idea being spitballed. Not perfect, definitely, and not something I believe myself able to produce in the slightest. Still, as I usually say, feel free to take inspiration from it or, hell, take the whole thing if you want. If you do end up using it for something, however, do me a kindness and let me know. I ain’t asking for none else.

I hope things work out for you. It doesn’t seem like my cup of tea, but even so, it’s probably someone else’s.

Maybe instead of getting meat, you can fatten others up by shooting food at them? Idk, just an idea.

why that remember me elf lands from leupai?