anyone know if work is being done on mods for the one piece robit lady simulator?

I know of at least a couple, done by anthro-anim.
This one is public, but I know he’s at least making more, whether or not they’re going to be publicly posted.

How about a weight gain mechanic and a map?

I had a copy, i’ll take it down if the author wants me to, but for the sake of convenience and lack of communication with the artist, here you go.

Thanks man! You’re a life saver.

Anyone know how to combine outfits? I’m trying to combine the fatdee and mega haydee ones but it isnt working.

You can’t combine models like that. Since the Fatdee and Mega Haydee models use the original mesh, you can, however, add whatever extra skins you want to them.

I remember there was a pregnant skin for haydee 1, only thin i found was on loverslab, but if I remember right, there was one on steam workshop but seems to have been taken down, does somebody still have that one and does somebody know if there exists one for haydee 2?

Theres been some work on a number of Haydee 2 mods, but for some reason I can’t get into the steam workshop

A shame we cant get coldsteelj to do some stuff, he does some nice work but generally seems to do “whatever”

Is anyone around that still wanna mod this game further?

I would love to see something like that, but it kinda feels like Haydee 2 mods have died out, imo.

I meant for Haydee 1.

We need to revive interest in Haydee 1 and 2 mods, like possibly “expanding” on the Fatdee mod for Haydee 1 by making her face chubbier, adding custom animations to prevent her arms clipping through her body, etc.

I like what you’re saying, but I’d contest the face bit. Leave that alone. Haydee’s a cyborg, so a ‘fat face’ makes little sense.

Granted, the rest doesn’t either. But I’m well on board with the rest. 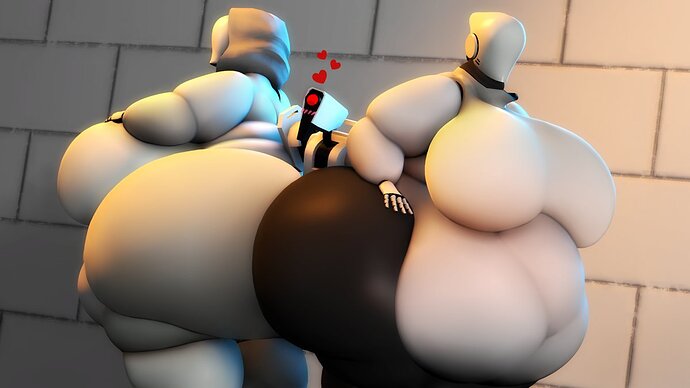