Like the title says. Some things that might be worth knowing is your choices don’t affect her weight gain, but you won’t see her at her fattest unless you get to the championship game at the end of the season.

The Game isn’t running for some reason.

Are you playing on windows or mac? Have you played other renpy visual novels? I checked and it is running on my machine fine.

on windows and other renpy games work just fine, did you upload the whole game files since the game open function doesn’t want to open the game.

I uploaded the build distribution for windows. It might have been an issue with the mediafire link. I edited the link above so if it is an issue with how I uploaded it to media fire it should be fixed now. Can you try downloading using the new link and then tell me if that resolves the issue?

Thank you for being patient while I fixed it!

Female athletes getting fat, that’s one of my favorite types of gains, thank you!!! I’ll definitly check this out when I get back to my computer

I just finished recording a Let’s play of the game and it can be found here: 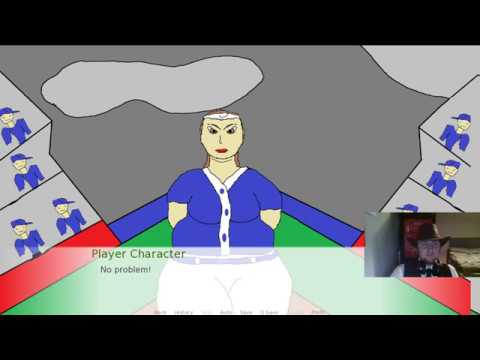 I subscribed to your youtube channel. You picked the route with the least content in it btw.

feel free to drop a like dude, also I’m going to do a second gig of the game in the near future

I am thinking about adding content to this game. Right now I had a short stop route planned where there will be an injury involved. I also want choices for the catcher route that can affect things but don’t have any ideas. Comment below if you have any and they might get put in. I am open to any suggestions really.

I released an update. The link at the top is to the new, updated version of the game.