How to open the game?

Well, the very first thing you should do is get the game and it’s image pack from here. Use a file extractor (Most of us use 7zip.) to extract the game from a zipped folder. It may or may not ask for a password. H.coder has “fmaster” as the password for anything Fetish Master related, so use that.

After you’ve unzipped the game and put the images into it, (The installation guide will tell you how) you now have two options for how you want to start the game. With or without Developer Mode enabled.

The files you use to start the game itself will be the two .exe files. Leave the .batch and .sh files alone.

I personally like to use the developer mode, as it allows you to alter most of the game files in relatively simple to understand ways. But if you’re new, I’d go with the standard startup file and play the game for while before trying out developer mode.

Turns out I was using the Update instead of the actual game, so it wasn’t opening.

Wait, .exe files? where are those?

Don’t use the .jar files, or even touch anything in the dist folder. Use the exe or bat files in the folder above it to launch the game. start.bat/startup.exe will start the game normally, assuming you have java installed. start_dev.bat/startup_dev.exe will launch in developer mode.

If you’re using macOS or Linux, use the .sh files instead.

Wait, .exe files? where are those?

There doesn’t appear to be a third folder for me, I only have dist and gamedata folders.

The start files should be in the folder that contains the dist and gamedata folders. See the pic below for reference. If you don’t have those files, you did something wrong and probably need to re-download and/or re-extract the game files. 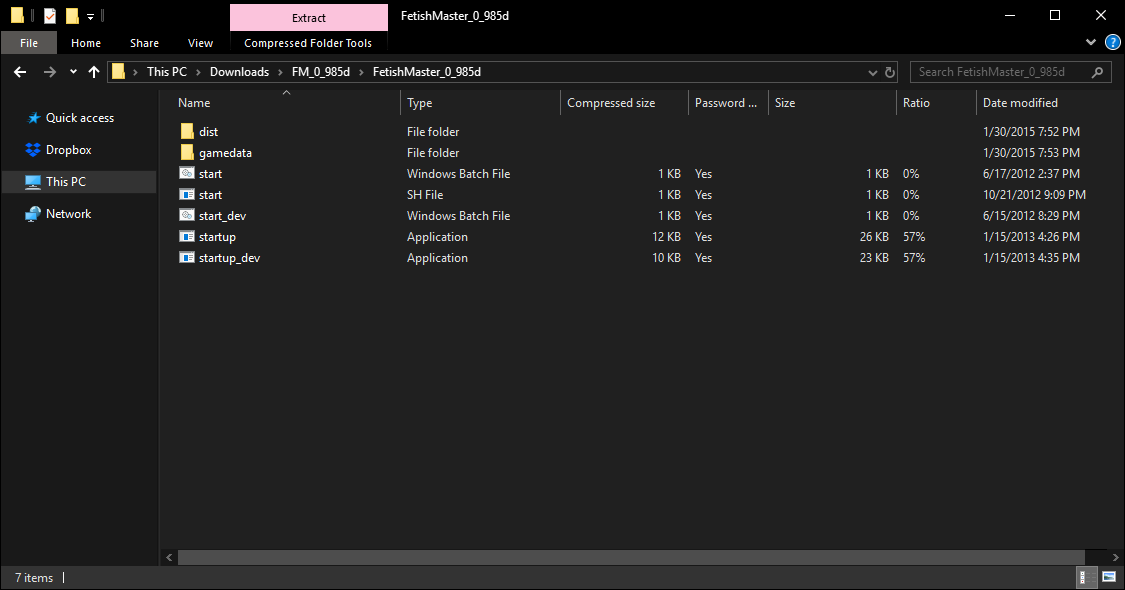 I know what they are. I just don’t know where they are.

well, they should be in the main folder that the game comes in