you play as Nadia Gracias, a large Lizard woman who has recently lost her job at her previous work place due to the company’s increasingly discriminatory policies.

Depressed and looking for work, an online resume post she made got the attention of Maple Woods, an older fox lady and owner of Il Cafe Thicc: one of the most popular niche cafes around. Due to all of the staff are of the large and curvy variety.

Nadia Gracias, a very large bodied lizard woman. Due to working within a toxic work environment for such a long time, has caused her confidence and outlook to deteriorate.

Front of the House

Gretchen Battalia, a short, sassy bat waitress who doesn’t care about how she looks and often speaks her mind. She was born with her wings deformed.

Weiss Schwarz, a chatty penguin woman who always butts into other’s business and tries to make everything all about her.

Back of the House

Nico, a bottom heavy Brazilian parrot who is the twin sister to Nico. She is more bubbly and hyper of the two and works with her sister to whip up new dishes.

Mico, a top heavy Brazilian parrot who is the twin sister to Nico. She is more stoic and reserved of the two and works with her sister to whip up new dishes.

Maple Woods, The owner of Il Cafe Thicc. Once a well known model, she fell from stardom due to a sudden pregnancy and corporate cover up by the “father”. Desperate to raise her daughter properly, she unwittingly became a very popular competitive eater, which would financially secure her and her daughter’s future. She eventually retired from the circuit and use her winnings to open the cafe.

After playing through the Prologue, which serves as an introduction to the cast. The player will be asked on which part of the Cafe would they like to work: Back or Front of the House. This serves as a branch, as choosing one will allow the player to choose the routes related to that choice.

Will update when I have more to add.

I want to see where this goes!

I’m excited for the demo of the game. Best of luck.

Here are some drawings I did of some of the cast 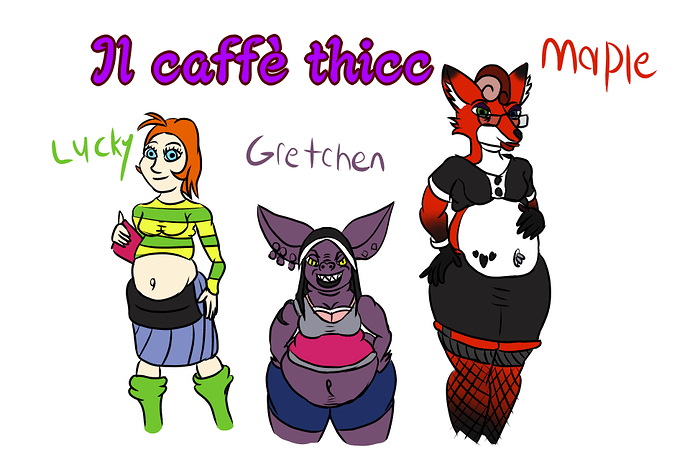 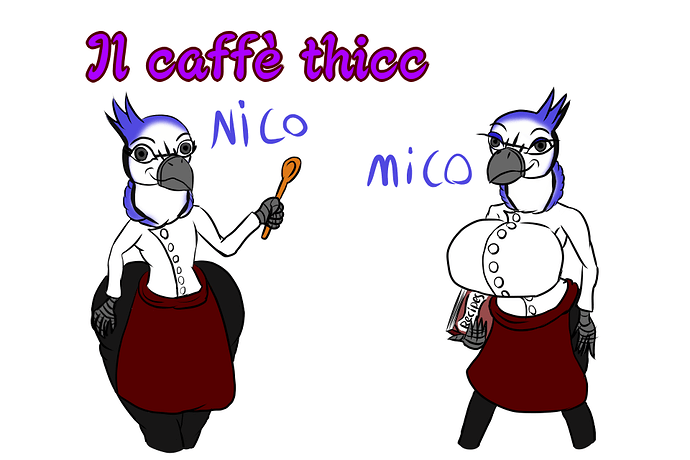 Favs gotta be mico. Love me some tig ol bitties 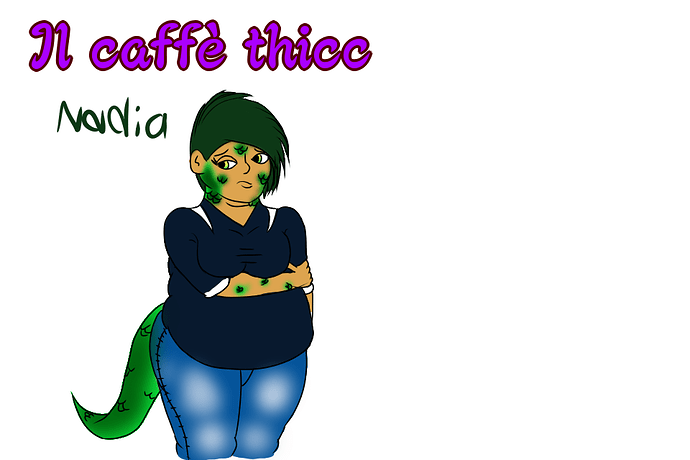 Next up, is Weiss Schwarz

You’ve got some cool ideas and some pretty intriuging art. Hope this thing goes well!

I VERY much love the premise, and the characters sound very appealing! A cafe/dating sim sounds amazing! My only complaint so far is the art. This might be biased on my behalf, but the character’s visuals just don’t really click with me. That might just be me though. I’d love to see more of this

Great to hear!
Is there something about my art that could be improve on? i’m always striving to do better ^^

Things have been slow but getting some work done. I’m planning on releasing a Demo, when ever i get it done, so i’m not gunna mark a date and rush things to completion. I rather take it slow and have a polish game rather but not have it in Development hell either. 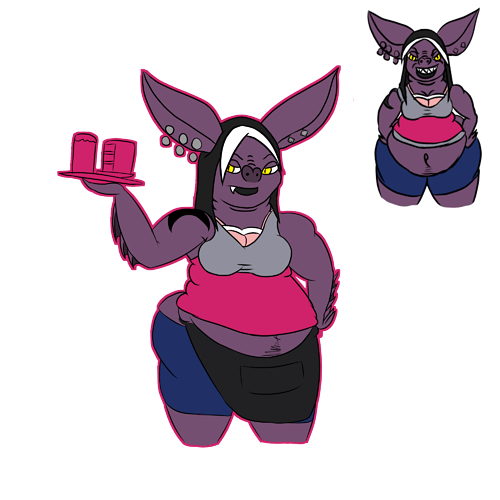 man this will be a good game

Love the sounds of this!

agree its a good project/game